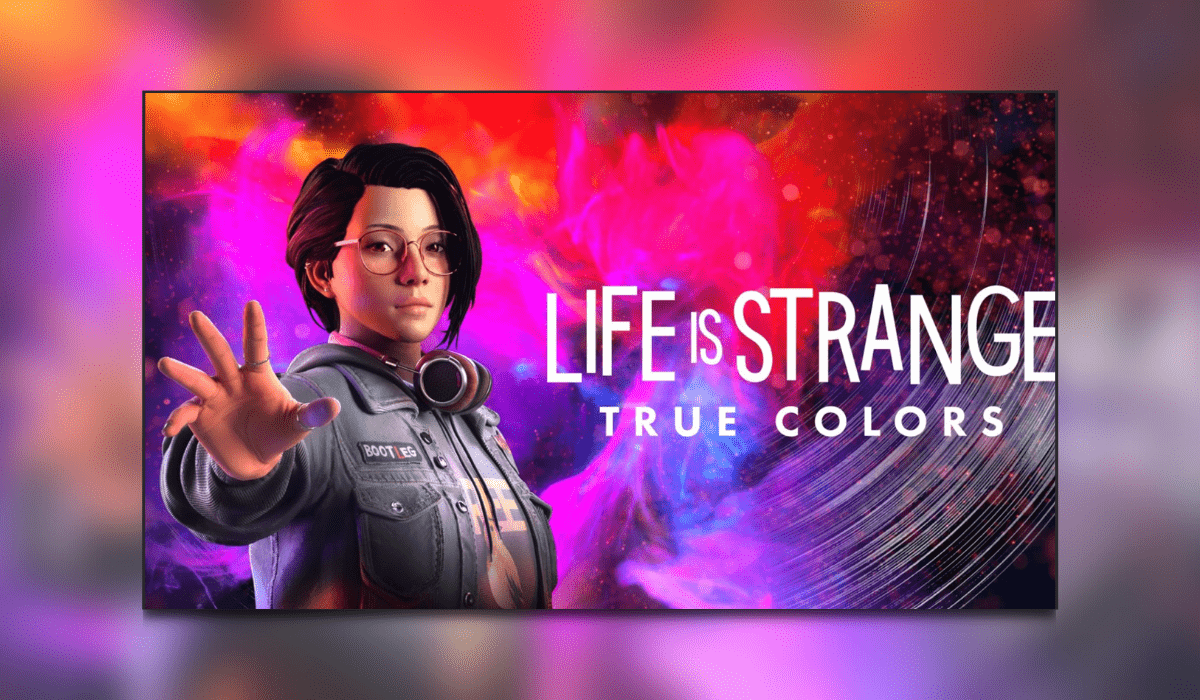 I have long been a fan of the Life Is Strange series, as such I jumped at the chance to review the brand new title by Deck Nine True Colors.  The series has always been episodic, except The Awesome Adventures of Captain Spirit which served as a prequel/story addition for Life Is Strange 2. Life Is Strange: True Colors is the first full title to be released in its entirety. Having this in mind I was really interested in how True Colors would fit the emotion into it.

Will the choice to move away from episodic affect True Colors?

Taking on the role of Alex Chen is an emotional rollercoaster. For those unfamiliar with the Life Is Strange series, strap in. If there is one thing that the series is good at, it’s pulling at those heartstrings. True Colors continues the series style of a story-based, choice/consequence graphic adventure. It’s fair to say that Alex hasn’t had the easiest of upbringings. The story starts with Alex leaving a foster home and reuniting with her brother Gabe after 8 years.

The setting is Gabe’s home town of Haven Springs set in view of the breathtaking Rocky Mountains. It is here that you meet a returning character Steph Gingrich, voiced once again by the wonderful Katy Bentz.

Last featured in Life Is Strange: Before The Storm, Steph was dating Rachel Amber. Steph is also getting her own DLC titled ‘Wavelengths’ which arrives on 30th September.

Alex Chen is a really likeable character, it’s worth noting that there are several possible story outcomes depending on the choices that you make within the game. It is possible to get together with Steph or Ryan who is another central character and Gabe’s best friend. Steph is the only openly gay character in True Colors and Deck Nine have portrayed her storyline with their usual insight, realism, respect and empathy.

Alex has a psychic empathic power, she feels and senses how a person is feeling. This appears on screen as an aura surrounding the character. I will talk more about this in the graphics section of the review. The ‘big bad’ of the game is the company Typhon who you will notice flyers around letting residents know about blastings on the hills.

It is these blastings that ultimately lead to the death of one main character which comes as a massive shock to the residents of Haven Springs, not to mention Alex. Attempting to discover exactly what happened in the events that lead to this event, Alex is very driven in getting justice.

Haven Springs is a gorgeous setting and Deck Nine have done a wonderful job at making it a believable location. Whether sitting on the chairs up on the roof of the Black Lantern (the local bar) or stood on the bridge gazing out at the landscape it really feels like an area that you could genuinely go and see.

This isn’t to say that there weren’t problems at launch. With performance issues on both Playstation consoles and a few unfortunate graphical errors. This for me at least didn’t take anything away from such a great title. Deck Nine have addressed the issues and have released a few patches to clear up the immediate problems.

Earlier I mentioned Alex’s empathic ability, this can be used anytime in the game to also find objects of importance.  Blue Auras show sadness, Red for anger, Purple for fear and Gold for joy. Deck Nine have looked at the accessibility function with other 300 million people who are colourblind. There is a choice of 3 filters that can be set to start the game or changed at any time to aid players.

It is great to see accessibility options becoming more prominent within games. Making it so that a wider audience is able to enjoy playing. This is something that I am very passionate about, having epilepsy myself. It is great seeing a bigger emphasis placed and in some titles’ options to reduce the risk even further.

Previously I covered the Track List for Life Is Strange: True Colors. The music within the game is amazing, Alex’s singing voice is actually that of singer-songwriter, youtube and twitch streamer mxmtoon who is a massive Life Is Strange fan. The voice artist is Erika Mori who takes the non-singing part.

Being a non-episodic title has hit the game length slightly, Life is Strange 2 was about 20 hours for a Platinum trophy. True Colors is still respectful at 13 hours however I am sure for fans of the series it will be noticeably shorter.

Having thought about it for a while now I am still not sure if I would prefer an episodic title with longer gameplay or a standalone title with shorter gameplay. Let us know in the comments section which you would prefer.

A wonderful addition to the Life Is Strange series, True Colors has everything that has made the series a success. Bringing back Steph was great as she is the standout character of the series for me. Deck Nine have produced a superb title that I really enjoyed. It is for these reasons that Life Is Strange: True Colors gets the Thumb Culture Platinum Award.