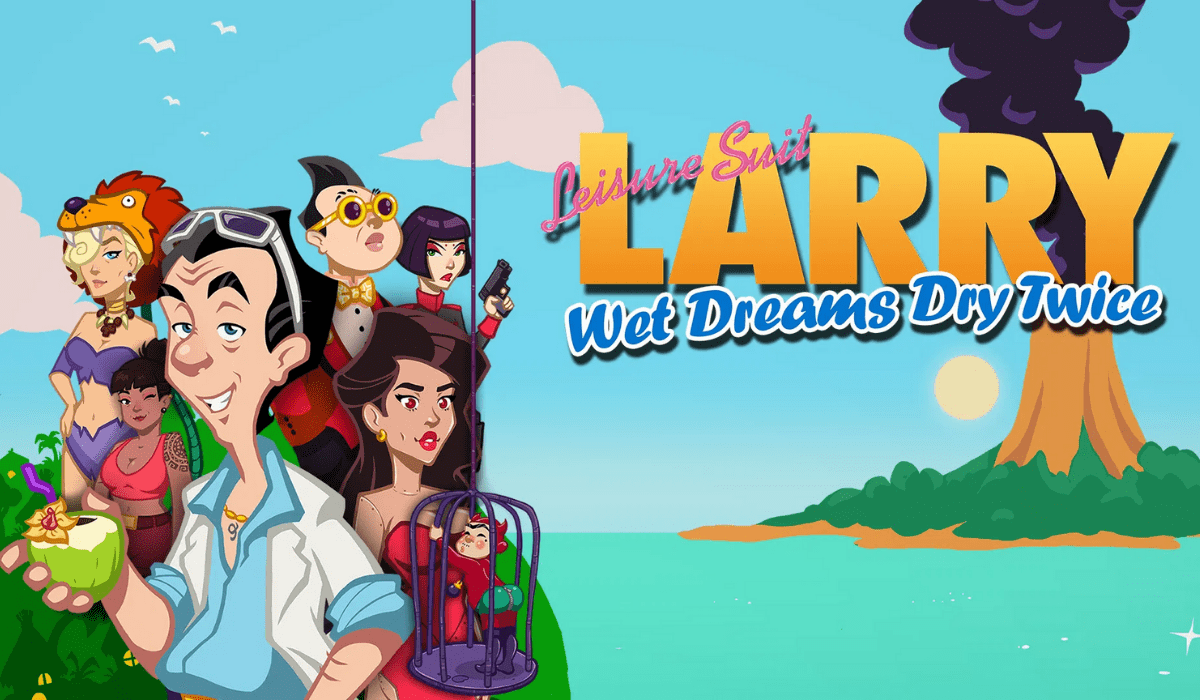 Well, it’s been a long time since I have played a point and click game quite like this one!  Having felt like the naughtiest kid in the world when I was 9 years old having discovered the grainy Leisure Suit Larry in the Land of the Lounge Lizards on my uncle’s pc, it appears that quite a lot has changed since then!

Other than the obvious smut that I was probably oblivious to back in the day, I had a lot of fun playing this latest release which contains laughs, phallic symbols and smutty toys wherever you look!  If you have played it, let us know in the comments below!

Leisure Suit Larry: Wet Dreams Dry Twice is the 11th game in the series that was originally developed by Al Lowe and published by the mighty Sierra games in the late 80’s.  More recently German devs CrazyBunch and publishers Assemble Entertainment have revived the Larry Laffer games.  Despite having raunchy content that I would expect a lot of today’s youth to be offended by in some shape or form, the popularity of the Leisure Suit Larry games is still strong.

The main protagonist, Larry Laffer, is a sleazy chap in his mid 40’s and historically his quest has been to predominantly date women while solving puzzles along the way.  In Wet Dreams Dry Twice we find Larry in Mexico, more specifically Cancum.  Larry is due to marry his true love Faith however after an explosion she has gone missing, and you join Larry as he is about to be wed to a mysterious local girl.  The story follows on from the 2018 hit Wet Dreams Don’t Dry however there is a catch-up sequence to get you up to speed.

Being a point and click adventure there is a lot of chatting to people and interacting with objects that are necessary to progress the story.  On each beautifully drawn screen, there are a number of items that you can interrogate using the mouse and pickup to later use in your inventory.  Some objects can be combined, and it is down to you to discover where you will need to use the item later on.

The fully voiced dialogue will have you chuckling as you learn that Faith is possibly still alive and your attention is turned to trying to find her. Letting the unknown Mexican bride’s father El Rey down gently is a mission, and I was killed by him once by being a little too blunt as to my true intentions!

Using your trusty Piphone and virtual assistant Pi (basically a Siri who constantly mocks your attempts of sexual charm and innuendos) you are taken to a number of exotic locations where the storyline develops.  It appears that Faith is in some kind of trouble and being tracked down by an evil mastermind as well as by yourself.

While some puzzles are fairly simple in logic such as a character requiring a certain item that you find in another location there are a few puzzles that do test your brain matter to some degree.  There is a blueprint app where you have to use a combination of a number of items to construct something, luckily the whole process is taught to you so that even the novice point and click gamer can enjoy playing and not get too frustrated.

Leisure Suit Larry: Wet Dreams Dry Twice features some impressive hi-res artwork incorporating an equally impressive amount of phallic symbols wherever you look.  The animations are smooth and the cartoon colours give it a very LucasArt feel which for me makes it even more appealing.  Being of the point and click genre the graphics are not massively demanding, therefore you will get away playing this game smoothly without needing the latest graphics card to hit the shelves.  There are also many references to other games such as Pitfall and Monkey Island to name a couple along with some lovely 16bit moments, keep your eyes peeled!

The dialogue is well scripted and portrays Larry’s character well with smutty one-liners thrown all around the place, making you laugh at times particularly if you are struggling with a part of the game.  As well as the mouse-driven action there are several laugh out loud cutscenes as you are given a view into the dark forces that are also trying to track down your beloved.

The soundtrack is brilliant and features a mixture of tropical and Latino vibes.  The music is perfect for setting the ambience in each of the locations that you encounter and is also available to purchase via the “Save The World” edition of the game.

Leisure Suit Larry: Wet Dreams Dry Twice has around 16 or so hours of gameplay which makes it one of the longer point and click games that I have played.  The puzzles are a mixture of easy and a few complex however they are not too hard to suss out once you understand what you need to do.  Chatting to the other characters and ensuring that you follow all the conversation paths is usually a good starting point to make sure you do not miss anything.

Having not played the Leisure Suit Larry games for a long time I did find that I did not really need any prior knowledge of the previous games to enjoy playing Wet Dreams Dry Twice.  The formula of a sleazy older guy in a white suit cracking smutty jokes left right and centre twinned with as many sex references as you can handle ensured I was playing a Larry game.  The story builds up beautifully and keeps you engaged throughout your exploration and puzzle-solving, leading to a very satisfying climax. 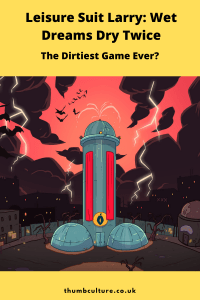