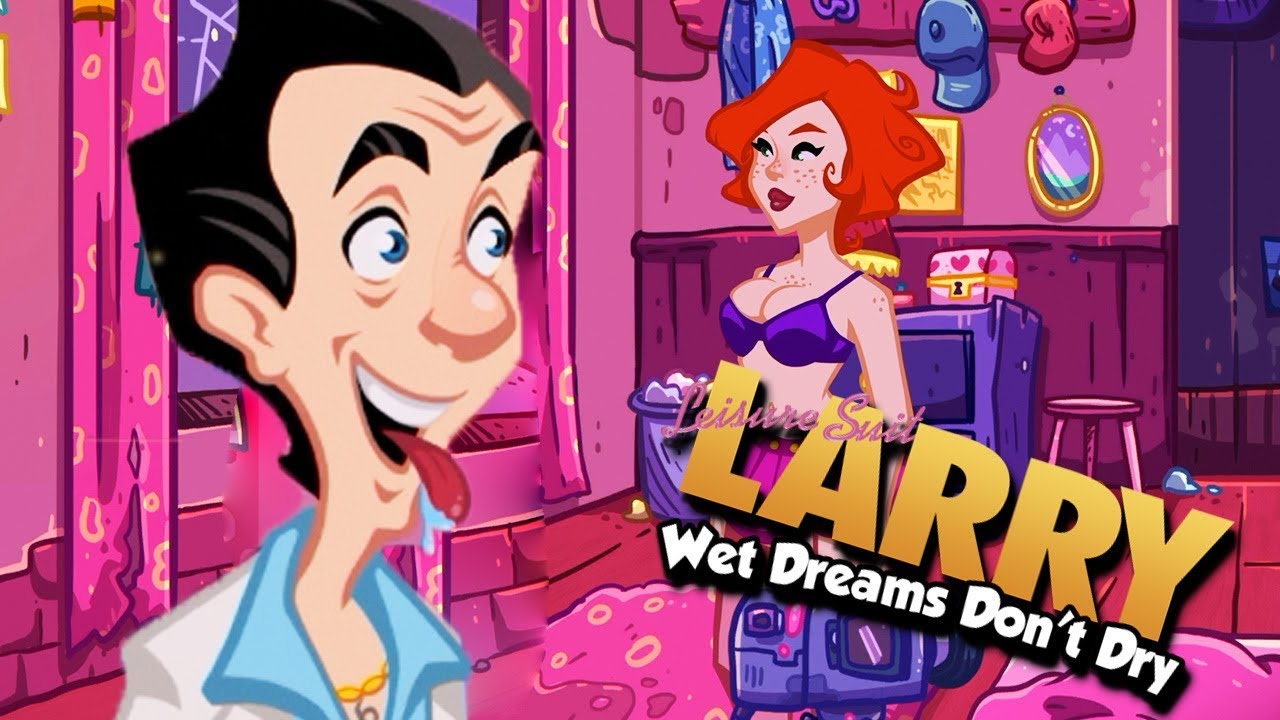 Calling all Sierra fans, your favourite 80’s sleazy Lounge Lizard has returned, this time on PS4 in Leisure Suit Larry: Wet Dreams Don’t Dry. Larry Laffer is back in the gaming saddle after taking the reigns back off his nephew Larry Lovage in the last two ‘alternative’ instalments.

Wet Dreams Don’t Dry comes to us from CrazyBunch, who look to return Larry to his point and click adventure roots. The question is, does this game offer up some Stiff Competition or is it just a flaccid failure of a game from a series that should’ve stayed in the 80’s?

I’m sure anyone old enough to remember the original games only really remembers them because of the adult content and really being ‘too young’ at the time to play the game. This is because for the most part the story content only involved Larry chasing down ladies and trying to get them into bed.

Well that’s where Wet Dreams Don’t Dry differs from the others, in this tale we actually have a bit of a story to tell. Larry has been somehow frozen in time (or abducted by aliens.. its not exactly clear) and finally breaks free in modern day Lost Wages, upon visiting his favourite bar (Lefty’s) he realises that things have drastically changed and is very much a man out of time. His old pick up lines are no longer valid in a world where everything has become digital (very much like todays real world).

Larry soon realises that if he is to have any chance of ‘scoring’ with any of the women he meets then he needs to up his Timber (or Tinder as we know it.. copyright purposes obviously) game, so he quickly gets on it and thus the adventure truly begins.

This is very much a typical point and click adventure game, with the analogue sticks doing most of the work and the other buttons supplementing the action with an inventory and quick access to Larry’s smartphone so you can keep up to date with Timber, Instacrap and call an Unter if required. All of this feels fine, its very smooth and if i’m honest after a while felt more like i was playing an interactive cartoon than playing a video game.

As the game progresses, Larry’s Timber score serves as a sort of level guide and more places and people become available as the score improves, of course this is just a bit of a smoke screen as the only way to score points on Timber is to complete the story missions, so in actual fact your just progressing the story. The higher level does however open up some interesting celebrities as Timber users, lets see if you recognise any of the ones below…

Of course the smartphone is centre of Larry’s world so it also provides him with his inventory screen and map, both of which can be accessed with quick access buttons on the pad or through the actual smart phone home screen should you choose. 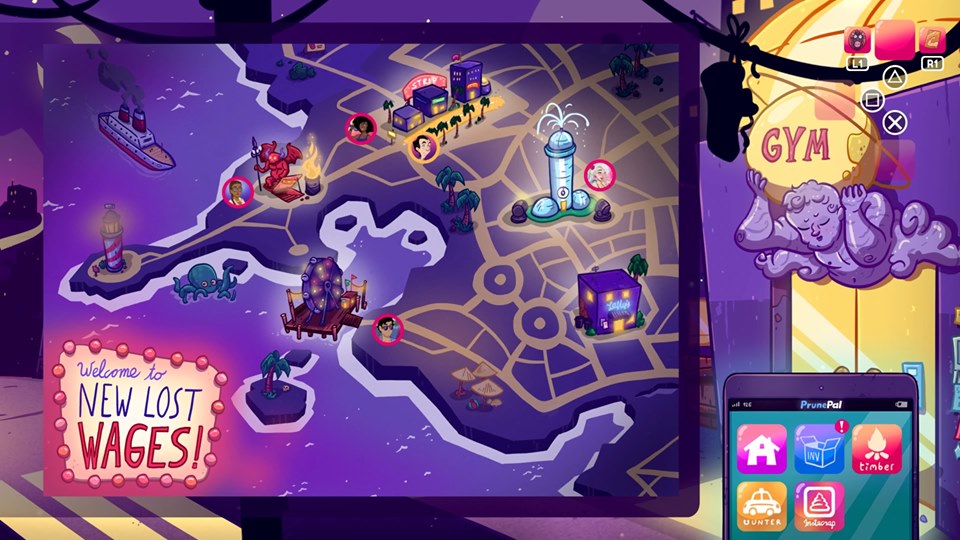 Now for the not so fun stuff; I constantly found myself having the save the game as the amount of times it crashed and forced me to restart became very annoying, for a game that took me a total of about 6 hours to complete (yes it’s that short) I must have spend an additional 2 hours in just re-starts. On top of that once the novelty of the story wears thin, its literally a ‘go here and do this’ game. The puzzles are fairly predicable (although a couple of them were almost impossible due to having no hints or idea what you needed to do a certain task).

Not exactly the most enjoyable 6 hours I’ve spent gaming to say the least.

Visually Wet Dreams Don’t Dry is very nice, rather than the pixel art retro style that I sort of expected, they decided to go for a more natural Animated feel and I don’t think they could have picked a better art form to show off their humour, They did throw in a little of the classic Leisure Suit Larry graphics just for nostalgia, and they even had a bit of a dig at the President in the process…

Of course it was very nice to have Jan Rabson back as the unforgettable voice of Larry Laffer. I don’t think the game would have been the same without him.

The voice acting in general I thought was decent, I’m not going to say exceptional as there really wasn’t enough sustained dialogue to assess an overall performance, but if you pay attention you will recognise some of the voices either from Movies / TV or other gaming franchises.

Of course there are some negatives to the voice acting as well, mostly with Larry and his lack of variety when it comes to trying to combine or perform an action that can’t be completed. There are only about half a dozen phrases and trust me they will grind on your ears before too long.

Unfortunately, this is very much where Wet Dreams Don’t Dry falls very short (literally). As I mentioned earlier the game story is around 4-5 hours long, so i’d say most people should complete this in around 6-7 hours. There is zero other content after the main story is finished so i don’t see any replayability, at least within a reasonable amount of time of the first play through.

There isn’t even that much here for trophy hunters to dig into, although it is definitely one to put on your list if your looking for an easy Platinum to add to your collection. Just be sure to check the list before you attempt it as there a couple of trophies which can be easily missed (and you won’t want to play through the game all over again just to grab it).

Leisure Suit Larry: Wet Dreams Don’t Dry has it’s moments when trying to resurrect this franchise and I do think fans will appreciate it for a fun journey with an ‘old friend’ so to speak. But that’s very much where this game stays. I doubt it will attract new fans and there is very little content here that does anything new.

That said, it was nice to see a more human side to Larry and have his character fleshed out a little so that at least he wasn’t just a Pixel Pervert and you could actually feel sorry for him being a man out of times.

Disclaimer: A Digital code was provided in order for us to complete this review