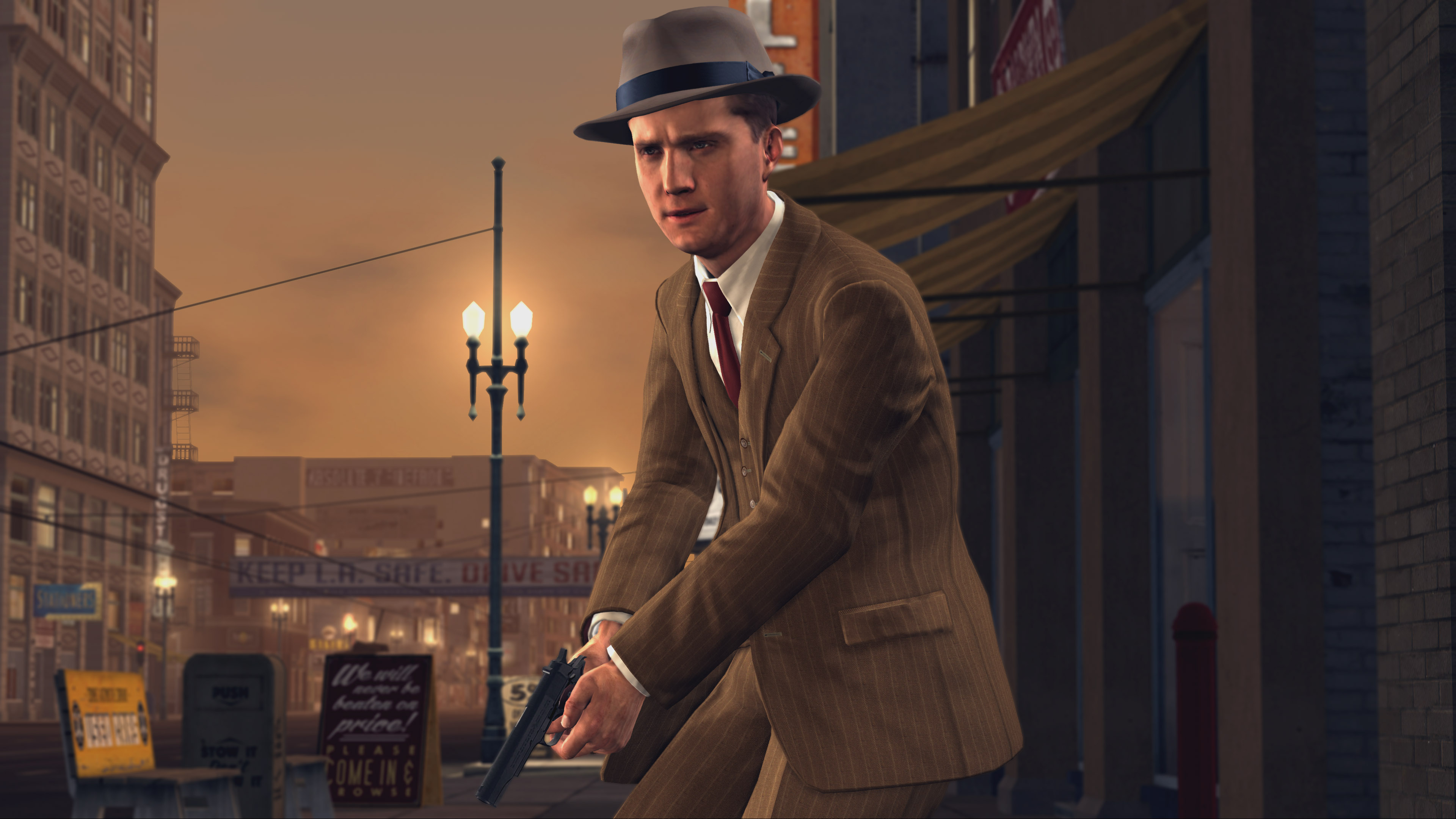 So before we dive into Team Bondi (now defunct) and Rockstar Games’ remaster of L.A. Noire, let’s set out the stall for this review. I am going to be writing this from the perspective of a new review. Some of you may not have played the original, so therefore it doesn’t seem right to pass judgement on the remastered side of the game. All it really means is that there are prettier visuals than its original counterpart, honest. So what is L.A. Noire? What do you do? Why was it so groundbreaking? Let’s find out!

L.A. Noire is set in 1947 in Los Angeles, USA, and lets the player control an LAPD (Los Angeles Police Department) officer by the name of Cole Phelps. You take control of him as he moves up the ranks within the LAPD through five divisions, including homicide and arson among others. You solve crimes by heading to the crime scene and looking for clues, thankfully you are prompted when you are nearby, unless you turn off the audible chime in which case, good luck to you! Going through each crime and solving them requires you to actually think now and again and when you interrogate a possible suspect you are given three options, Good Cop, Bad Cop and Accuse. The way you determine whether someone is telling the truth or holding out on you is down to the technology that was used to motion capture the actors. MotionScan a technology by the now defunct company Depth Analysis saw a series of 32 cameras recording facial expressions from every angle. This was used to allow the players the ability to catch any micro expression that the suspect might have. From shifty eyes to raised eyebrows, every facial expression is there for all to see, using this system you can see if someone might be telling the truth, or telling you a porky pie.

What this means is that when you are questioning a suspect you have a series of questions to ask based on what you have already discovered through the case. These questions lead to you either getting more information from the suspect or even leading to an arrest. L.A. Noire then gives you a score based on how you did through the course of the case.

The game allows you free roam of the city, and whilst its disappointing that its relatively empty in terms of NPC’s and cars, its lush in it’s details. As you are driving around with your partner you get dispatch messages over the radio, these can range from a simple mugger running away with an old ladies purse, to more serious things such as fire fights and even hostage situations. You can easily respond to these moments and spend hours just playing around.

The driving mechanics are probably the worst part of the control system, with the cars feeling “boaty” that is they seem to have a lot of bounce as you travel around. In fairness if I was expecting the stiff suspension of a McLaren I’m probably playing the wrong game!

The colour pallet used in L.A. Noire is perfect for the era that the game is set, with its sepia toned colours you get the sense of time. Along with the MotionScan technology the game generally looks great, character models are life-like and move like you would expect. There is the odd hiccup now and again, but with a game like this and as open as the world is you can forgive the odd misdemeanour. Although Phelps probably wouldn’t!

Once again L.A. Noire does a great job with the audio, from the script to the NPC chatter as you walk past it’s all there. I just wish there was more. With the lack of NPC’s about it can sometimes feel like you are in the middle of a zombie apocalypse.

With the ability to replay cases if you don’t get them 100% this game could literally last you months, add to that the random cases over the car radio and all of the previously released DLC content including the 5 extra cases such as The Naked City and A Slip Of The Tongue; two suit outfits and two weapons and you are certainly in for a long haul! While the game may not be to everyone’s tastes it’s a great departure from current games, and actually became quite relaxing at times.

For the MotionScan technology alone you really should give this game a play, it adds something that wasn’t used before and hasn’t been used since. L.A. Noire solves this puzzle and receives a Thumb Culture Gold Award.