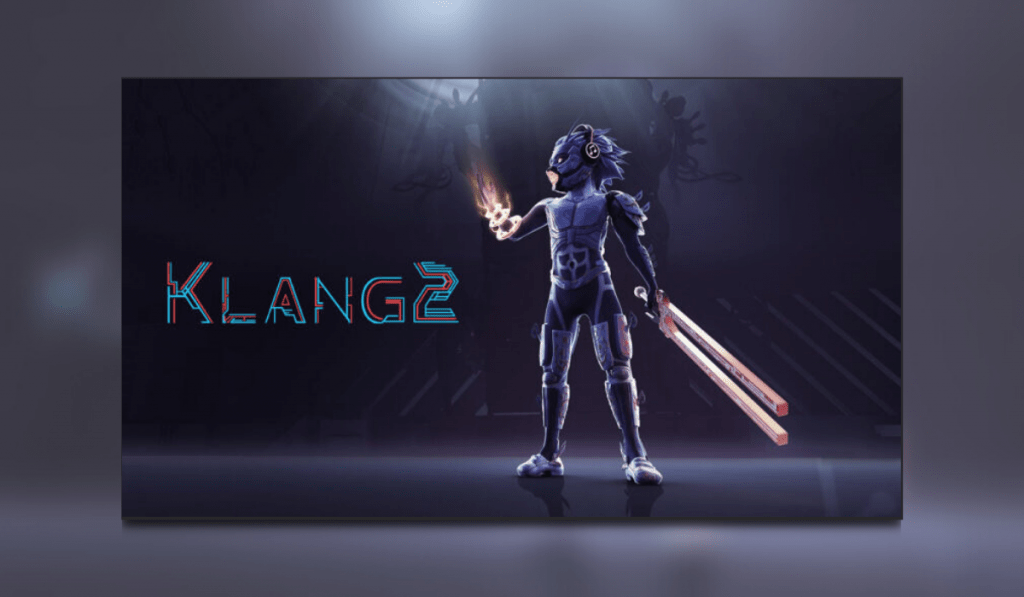 Klang 2 is a indie game developed solo by Tom-Ivar Arntzen, also known as Tinimations and published by Ratalaika Games. It follows on from 2016 release of Klang, which received generally positive reviews and award nominations.

For those that didn’t play the original, Klang 2 is a psychedelic rhythm-action game with a pulsation Electronic Dance Music (EDM) soundtrack to power you through the combat.

Klang 2 – Hit Me With Your Rhythm Stick (Blade?)

The gist of the gameplay is to aim your magical tune-blade and strike the visual enemy in accordance with their shape, either Strike, Dash or Hold, to achieve a euphoric state of trance! Strikes are the most common and allow you to fast attack the enemy, Dash makes you dodge counterattacks, and Hold releases a lightning bolt that will shame any musical being!

There is a great tutorial for those that didn’t play the original, which I would thoroughly recommend to get started with as it introduces you to the different patterns of attack. It also highlights that other than aiming the direction of attack for your character, you have no control over how your character moves, and this may take some time getting used to.

There are 2 game modes available in Klang 2, Story Mode and Arcade.

The story mode sees you battle through 6 increasing difficult bosses, however I became so overwhelmed with the amount of text and cut scenes that I lost the plot of the story.

However, all is not lost. Arcade mode is really where the game, in my opinion, shines. There are 30 levels of music action, playable at both normal and then if you feel really in the zone fast speed. On completion of each level you receive a grade of A,B,C, D or lower based on the percentage of perfect music hits you made. I found the game highly addictive in wanting to achieve that A grade each time!

One last thing to mention is the variety of input devices (depending on your chosen platform) you can use to play Klang 2. Mouse, gamepad, touch and even a drawing tablet! Tinimations should be praised for opening this game up for all types of gamers.

There’s only one word that can describe the graphics of Klang 2 and that is Psychedelic. If the developer was going for the vibe of a drugged-fuelled 90’s rave then they hit the nail on the head with this. With dark backgrounds and bold, bright front of the screen elements it really is a treat for your eyes. For those with sensitive eyes, I would suggest turning down the brightness or perhaps only playing in small doses!

Audio is where Klang 2 really shines through. I’m a sucker for some decent EDM and Klang 2 really delivers having teamed up with legendary videogame remixer bLiNd along with tracks from artists including; cYsmix, City Girl, James Landino and Arcien to name a few.

Some recently played Rhythm-based games is where I felt the music fell down, but Klang 2 keeps it fresh for each level and if you repeat a level, the attacks required have been altered so will always keep you guessing what to do next.

Klang 2 provides around 3-4 hours of hard gameplay to smash through the various storylines and the arcade, but I kept on coming back for that hit of EDM. It’s certainly a game that I will keep on my rotation. If it had a split-screen option then this would prolong the game even longer as I would love to face off against opponents to get to my euphoric state first.

I loved playing Klang 2 even in small doses, it left me wanting more from the game as the potential is there. Add that potential versus mode and this would have been touching on platinum, but for the time being, I award Klang 2 the Thumb Culture Gold Award!