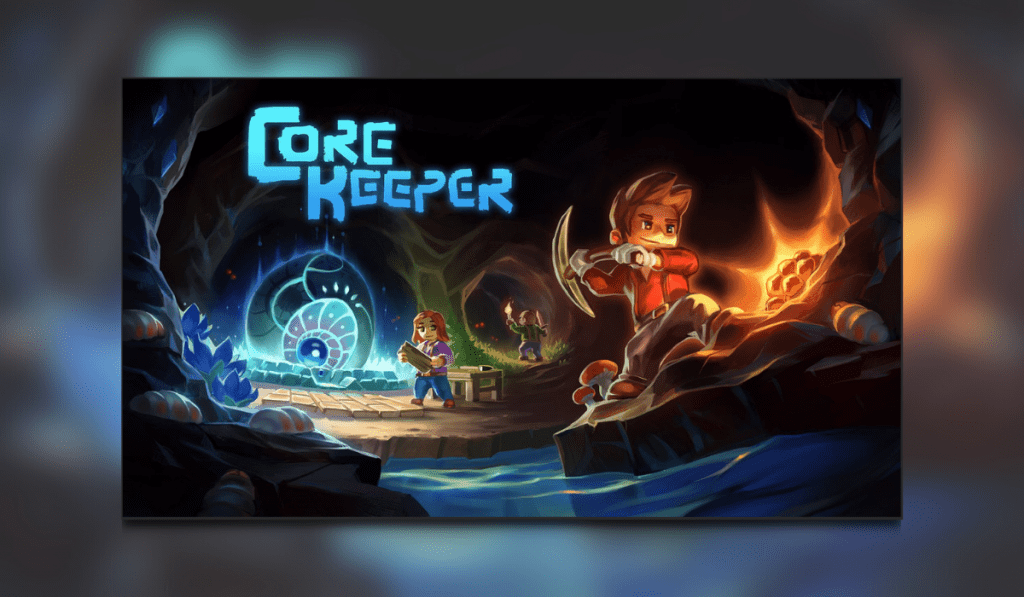 Core Keeper is a 1-8 player co-op sandbox adventure with mining, crafting, building, fighting, and farming elements. It is in development by Pugstorm (Radical Rabbit Stew) with publishing by Sold Out (Mechwarrior 5: Mercenaries, Disjunction, KeyWe). It is now available for “Open Alpha” via requesting access from the Steam store page. Currently Pugstorm is planning for an early 2022 release but as always that is subject to change.

Explore The Depths of Core Keeper

Pixel graphics games like Core Keeper seem to be becoming a genre of their own. Originally it felt like they were trying to have a nostalgic theme to them. But as they’ve become more and more common, I can’t say that this is still the case. To be honest I can’t remember specifically when they slid into the mainstream. If you do overlook games of this style you’re going to be missing out on some true gems. Can you think of one you’re particularly fond of that you didn’t expect to enjoy as much as you did? Be sure to let me know after you’re done learning more about Core Keeper.

Core Keeper is a game that falls somewhere between games like Terraria and Stardew Valley. The main focus of the game is to explore the procedurally generated underground depths solo or with up to 7 of your friends. Through your mining and exploration, you must gather materials to craft upgrades, build a home, and farm different plants to make food. In the process, you also may discover valuable relics and encounter minor enemies and major bosses. The goal of the game seems to be to power up the core, at this time though I don’t believe it is possible yet to do so.

As the game is currently in open alpha, I personally found it to be fairly lacking in in-depth content. Core Keeper requires you to explore via mining and you basically are going in blind. The closest comparison I think would be probably how you start the game in Minecraft – just an open world to do what you want with. I found it easiest to just pick a direction and keep going until I ran into a cavernous space with things to collect or ore to mine. I also could never find tin ore and I believe this hindered my gameplay. The 2nd level of bench requires tin to craft and I’m sure there are a lot more advancements along with it. In my travels, I did manage to find a big boss though and die repeatedly to it…

I am hoping that as Core Keeper continues development, there will be some type of tutorial at least to start the game. Though the basics aren’t hard to understand (pretty much just start hitting the walls around the cavern you start in), there just simply isn’t any real direction given aside from the text that the core you spawn next to needs power. There are also a few buildings nearby that appear to need a key of some sort to enter. But the question remains of where to gather the key from. The boss I did manage to locate appeared to have a key within him. Since I wasn’t able to kill it I wasn’t able to find out for sure.

Core Keeper is a pixel graphic game, so as with most of the same type there aren’t many graphical settings to adjust. The game does allow you to turn on or off V-sync though if you are worried about screen-tearing. You may also choose to enable 16-bit colors. With this setting I didn’t really notice any difference in the gameplay though. It looks and feels just like most other games of the pixel graphic style, which isn’t a bad thing at all. Fullscreen, windowed, and borderless windowed modes are also available.

The audio in Core Keeper also feels like it lines up with others of the same type. Smacking a dirt wall sounds different than ore, there’s a little sound for picking up things to your inventory, etc. etc. The background music is subtle and non-intrusive, but with little variety or significance tied into the gameplay. To my surprise, all sounds in the game were at a default setting of 50%, so I did end up turning each higher so I could actually hear them more clearly.

Overall, Core Keeper will be a great time sink for some, but not for others. I could see it being a lot more fun playing with friends than simply alone. Your crew could easily clear out areas and gather materials more efficiently than playing solo. Also given that it is procedurally generated, you’re guaranteed not to have the exact same gameplay over and over if starting a new character or joining a friend’s world. However, as there isn’t really a defined purpose at the moment, it is truly a sandbox experience that some will find lacking.

At the end of the day, I have high hopes for Core Keeper. It seems like a game that will be a lot of fun to play once it is further up to its full potential. Hopefully, with the start of open alpha, Pugstorm will get some great feedback from players out there that eat up games like this. I’m sure if they listen closely they’ll have a dedicated community waiting anxiously for full release.