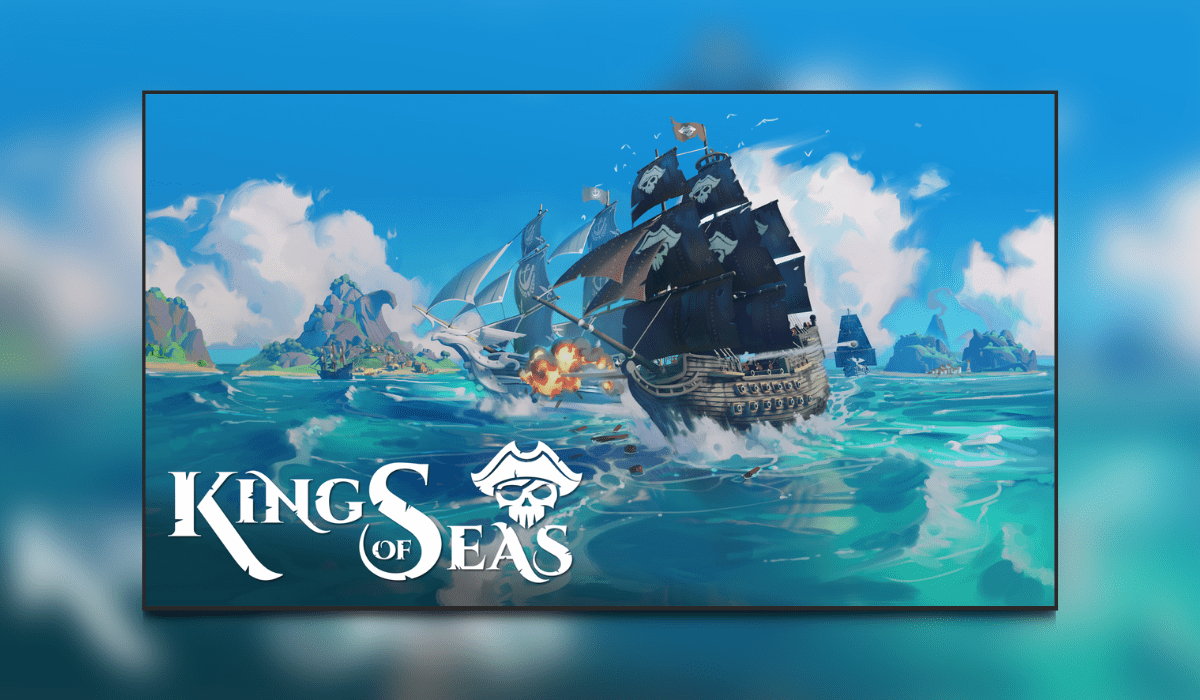 King of Seas is developed by 3D clouds, and they have brought us a single-player open-world RPG. They previously made car-based games so have leapt to sailing the seven seas. They, alongside Team17, a well-known indie publisher who previously brought us the Overcooked! series and Worms WMD. Following the popularity of games such as Sea of Thieves, the pirate genre is growing. And I believe that King of Seas is only the most recent addition to the genre and is a quality one at that.

King of Seas is available now on Windows, Nintendo Switch, Xbox One, Series X|S, and PS4. If you’re still deciding after my review you can find the preview to King of Seas written by Martin here.

You begin King of Seas as a newly minted captain and playing in a third-person birds-eye view perspective of the ship. You take the wheel in this procedurally generated world and follow the main story or seek out the long-lost treasure that will satisfy your inner pirate. Young me would often pretend to be a pirate, but I don’t have to pretend in King of Seas. Therefore, I was excited as I was to play or would like to share what you enjoyed about the game then please do. Anyone can leave a comment and let all of us at Thumb Culture know what you thought.

You begin King of Seas playing as one of two siblings while on a routine trip. You stand accused of murdering your father the king and quickly attacked admirals of the Royal Navy. Rescued by the pirates in the region gives you the chance to clear your name and avenge your father. A narrated opening sequence describes the Seven Seas history and a great battle between the pirates & the navy. However, the pirates lost and exist on the borders of the kingdom. The Royal Navy has pushed the pirates to the far reaches of the region and seeks to wipe them out. Similar to the era of pirates in the late 1600s Caribbean. As a result, the protagonist pushes back against her new enemies who were once her friends & allies.

Initially, King of Seas teaches the ropes with some small tutorial missions and NPCs explaining the various in-game menus. Then you have more freedom as your perspective is looking down upon the ship. Except for going to port, the ship is where most of the game takes place. The characters are portrayed with character art which transitions to who is speaking at the time. Dialogue delivered with text as the stationery artwork expressing how the characters would feel at that moment. Another important piece of artwork is the in-game map which from what I have played so far isn’t intuitive and quest points often aren’t very accurate.

Once you have set sail into the world of King of Seas, like most RPGs being able to go anywhere is where the game begins to shine. You learn of the factions, pirates, navy and merchants, and while the navy will attack on sight the merchant ships are allies. However, if you attack & plunder merchant ships, especially near island outposts, your relationship with them can sour. You want them to not attack on sight, so you can visit ports for the various items and upgrades for your ship. The variety allows you to play more how you want to from fast and nimble to hit hard and take a hit during combat. You find that staying on the ship can feel like you missed out on what adventures can be found on dry land. As well as boarding other ships which feels like you’re missing out on pirate shenanigans.

When it comes to sailing I found movement to be intuitive and very engaging. It’s also fun both sailing around and whilst in combat. Materials and booty to plunder are abundant so upgrading can be done quite easily. This helpful as early in the game you can come across more superior ships and biting more than you can chew can feel frustrating at times. Despite this, you learn about prioritising speed & manoeuvrability and going in for the kill. Each ship in King of Seas has its own health & armour bar displayed and can damage can be shown numerically. You encounter several types of ships. Ranging from special crew abilities to certain ammo, you switch when need be and adapt in combat. Whether to bring down health or armour, making them more susceptible to damage or whatever is needed to survive.

I found the King of Seas graphics settings surprisingly in-depth. From resolution to various visuals there is the game has plenty of options to keep life at sea engaging. I played on ultra and happily had a smooth gameplay experience. However, there are options to use settings ranging from low to rare. The graphics are unchallenged here compared to large AAA games, but the game is good enough to risk feeling seasick. The game looks great, vibrant and colourful environments make it enjoyable to sail around the region.

For anyone who played games recently where sailing is a significant part of the game e.g. Assassin’s Creed Odyssey then you will know how entertaining soundtrack and score can be. King of Seas is easily on par with other games in that regard. Instrumental sea shanties are played as you sail making sailing enjoyable, especially for being the majority of the game. Waves crashed against the wooden hull and the cry of nearby seagulls rang out are fairly immersive.

Combat made more intense as the music turned as the sounds of weapon fire rings out. As ships on both sides of the battle took damage you feel pulled even more into the game. The audio definitely is one of the game’s strong suits and knew to put its best foot forward. Some fun of a pirate game is the voices which I understand creatively there was no voiced dialogue and I did miss it. Designed similarly is Sea of Thieves which is very popular, and I have personally played a lot.

I played several hours and while I did focus on the main campaign there was plenty to do. I found there are numerous side quests/missions available or simply sail around the region. Being a single-player RPG you learn the story on the first playthrough. However, you choose the male or female protagonist so seeing the other perspective by playing again could be enjoyable. It is enjoyable being a pirate in King of Seas and the different approaches available to sink many hours into the game.

I enjoyed playing King of Seas for its engaging story and very fun gameplay.  From sailing to large scale ship combat, it was all fresh and interesting. Compared to similar games such as Sea of Thieves, I found that being entirely set on the ship and the character depiction felt lacking. The variety of choices and character and ship upgrades were engaging. Not to mention, the game visuals and audio were very well done especially the sound design.  There was no shortage of things to do, and it never felt like a slog to complete quests and the main story.

I give King of Seas the Thumb Culture Silver Award. I really look forward to seeing what 3D Clouds brings out next, and I hope to have the chance to review it. 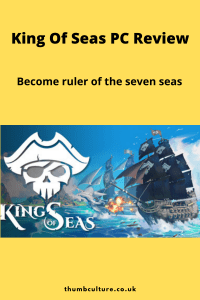