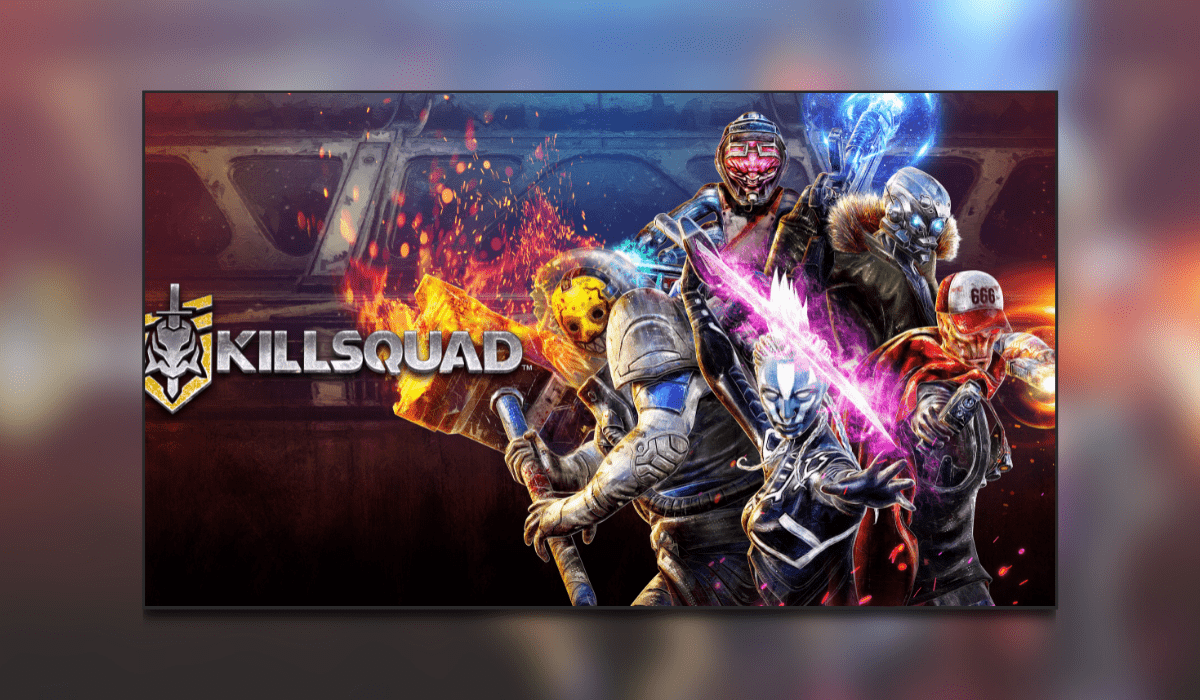 Killsquad, a co-op action hack and slash, is boiling to a full release on October 21, 2021. The genre-blending game developed and published by Novarama has been in Early Access on Steam since July of 2019. Over the course of these two years and change, the developers have been listening closely to feedback from the community. At this point there have been 16 major updates and they don’t intend on stopping anytime soon. Killsquad will initially only be available on Steam but Novarama is planning for a PS4 and PS5 release as well.

Gun, Run And Carve Your Way Through The Galaxy In Killsquad

I recall seeing Killsquad when it initially hit Early Access on Steam in the summer of 2019. I don’t recall why I put off playing it until recently though. Perhaps it was due to the unpleasant taste that so many Early Access games tend to leave in our mouths. Sometimes holding off can be for the best, as first impressions are definitely important in the vast ocean of games we have at our fingertips these days. With full launch just around the corner for Killsquad, I can say after playing it now that I’m glad I did wait. Have you ever had such a bad experience with an Early Access game that you never went back? Or did you hold off just to be sure you would love it? You know the drill – let me know below! Read on in the meantime.

Killsquad is a healthy blend of hack and slash, action RPG, and twin-stick shooter. Top it off with the ability to play solo or with up to three of your friends and you have yourself a hell of a good time. Not to mention it already boasts over 150 achievements and tons of cosmetics and emotes to collect as well.

In Killsquad you take on the role of one of five intergalactic bounty hunters. Each hunter has their own unique weapons, abilities, and skill trees as well as a different play style. Progression comes in the form of completing “contracts” that become increasingly difficult as you collect gear and skill points to increase your vector score (which is an average score of your gear) and overall power respectively. Contract objectives vary but most end up having to take out the big bad at the end. Ensuring you have a high enough vector score and the right elemental gear recommended for each contract is key to a smooth, albeit furious, completion.

Of the five different characters available to play as in Killsquad, I only really found one to be troublesome to play. Now it may have just been my inexperience with the game but Ekaar felt so vastly different than the other four that I just couldn’t get myself to play him again after one contract. He was the most recent character though, so there may be some fine-tuning coming down the road for him. Until then I’ll stick to swinging around Kosmo’s big two-handers.

Now don’t get me wrong. I really, really enjoy playing Killsquad. However, there are some aspects of the game that I feel could use some improvement. The main issue I have is with the way you obtain new gear – either from contracts or buying them with credits you pick up as you play. Contracts only seem to drop maybe one or two pieces of gear randomly from chests and then whatever reward at the end for completing the zone. I feel it would be to the game’s benefit to expand upon how loot is obtained to make gear drop from more sources with greater chances of varying rarity. Make those destructible set pieces actually do something!

Another aspect for improvement in Killsquad is the contract zones themselves. I wasn’t entirely sure whether or not the zones were supposed to be procedurally generated or rotated between a few different versions. Most of them when having to play some consecutively just felt too much of the same. It also felt awkward going from left to right through most zones which gave it somewhat of an “on rails” vibe. I’d prefer it to be more like a dungeon crawler.

As stated previously, Killsquad is currently only available on Steam so per usual I was playing on my PC at my default resolution of 1920×1080 and Epic quality presets. Surprisingly I didn’t even realize until after a few hours of play that I hadn’t even turned off Motion Blur. (I have a personal vendetta against Motion Blur – don’t get me started.) So thankfully for once, it seems that it was integrated well enough into the graphics that it wasn’t a consistent pain point.

The art style is exactly what I would expect from a sci-fi game of this type. Killsquad boasts some great takes on alien worlds and species. But again I have to fall back to the zones feeling very much the same. I also found it hard at times to actually notice where the boundary of the area I was in was. A lot of the times things just blend in too well. Sometimes the environments made it hard to see if I actually had an ability to go off as well.

There’s not too much to say about the audio in Killsquad, either. The background music is very much in the background. It almost seems like it is not there at all even at 100%. Overall though nothing about sounds for skills, enemies, or any other actions felt like they need attention. I didn’t pick up on any audio glitching out either. This is always nice to see from a game coming out of Early Access.

Killsquad really has a lot going for it at launch. Each of the five characters has their own in-depth skill tree and personal vector score. Maxing out each character requires playing through contracts with each individually. That means a lot of replay value, despite being somewhat of a grind. Novarama also doesn’t plan on slowing down development with the full launch either. Upcoming additions such as legendary weapons, competitive ladders and seasons, among other content updates will keep the game around for a good while as long as there continues to be a community for it.

Although I really enjoy Killsquad, it is not without its shortcomings. It has all the groundwork for an amazing game ahead. But without a better loot system, more diverse zones, and some tweaking of the gameplay overall, it will fall short of its full potential. Thus I award Killsquad the Thumb Culture Silver Award. Here’s hoping for a long life after launch.

If you enjoyed this review, be sure to check out my previous reviews here.