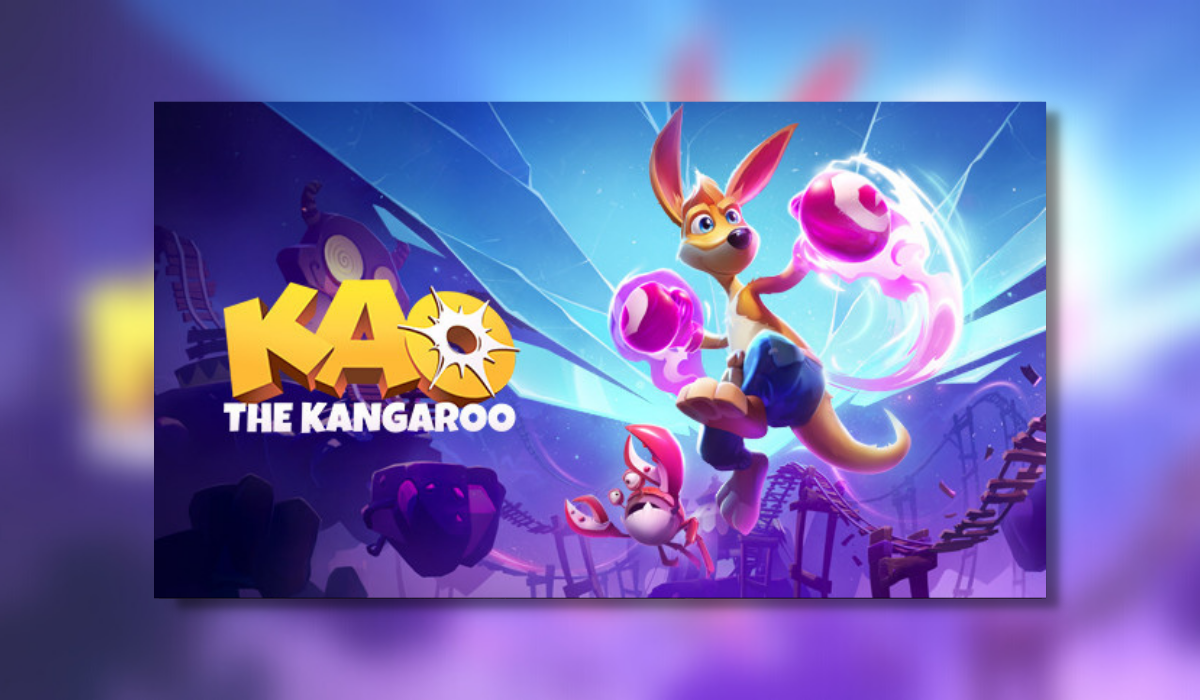 Kao The Kangaroo is a total reboot of the franchise. Developed and published by Tate Multimedia this 3D action-platformer brings Kao into the 21st century, and is available to play via PS4, PS5, XBox, Steam and Switch. With the full release coming on 27th May 2022, join me as I take a look at the games early access content.

With the full release coming on 27th May 2022, join me as I take a look at the game’s early access content. Don’t forget to check out what the team are up to over on our social channels!

Kao The Kangaroo is our main character in this 3D action platformer – which gives off the same comfy vibes that I get from Spyro and Crash Bandicoot. Set in a world of anthropomorphic animals, Kao must embark on a journey to find his missing sister and discover the secrets of his long-lost father. Shortly into the game, we discover our father’s boxing gloves – which were hidden by Walt, the ‘Coach’. I don’t want to say too much, as I’d hate to ruin the story!

Unfortunately, I never knew about Kao The Kangaroo when I was younger, somehow this title managed to fly under my radar.. So I’m not able to say whether or not the reboot brings anything new to the title or stays true to the original.

Puzzles in Kao The Kangaroo come in the various usual ways we’ve come to expect from this genre. There are; jumping puzzles like broken bridges, ledges to grab and climb, water obstacles to overcome, and of course platforms to jump between. Aiding us along the way are many, many checkpoints.

After a super brief introduction to the control system, we’re thrown into the game and are immediately able to start collecting things. Kao is able to jump, double jump, grab, roll and punch in his quest to find diamonds, coins, lives and letters. Letters are similar to the Jiggies in Banjo-Kazooie, in that they’re rarer than the other collectables. 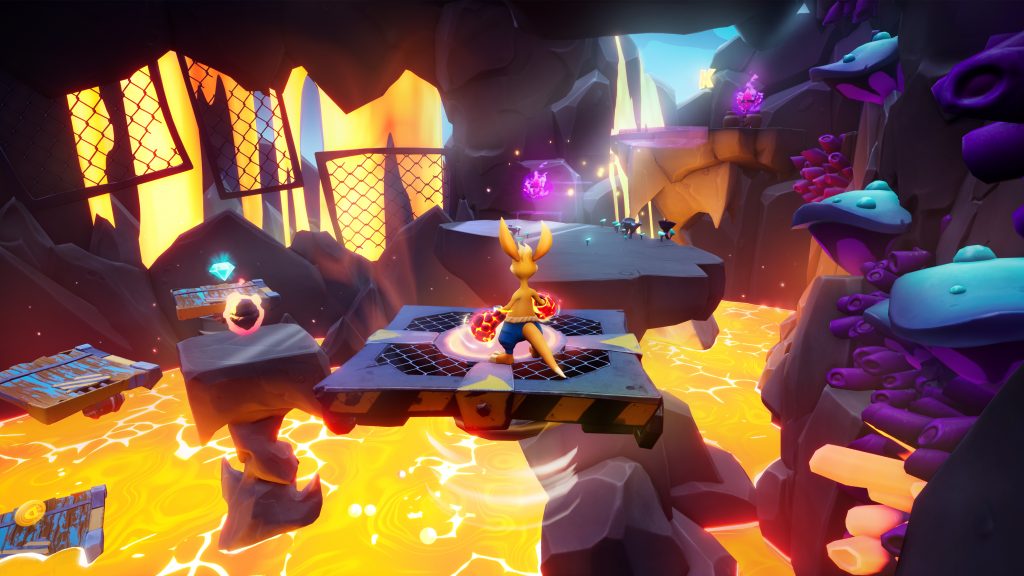 My only slight concerns from the demo playthrough are minor, the occasional gameplay bug such as punches not always landing. Also, I found Walt (coach) to sound a little robotic and I think he could use a little bit of tweaking. A few minor grievances in what was otherwise a very enjoyable demo.

I played Kao The Kangaroo on my PC via Steam, with an RTX 3070 and Ryzen 7.  As you’d imagine my hardware was more than capable of meeting the game’s required spec of 8GB memory, GTX 760 and Intel Core i5. Not once did I notice any screen tear, resolution issues, missing or misaligned textures… Tate Multimedia has done a fantastic job with this title.

This reboot brings a fresh coat of paint while remaining true to its roots, and is probably best described as reminiscent of Crash Bandicoot. With bright colours, simple cell shading and fun, inviting graphics, this platformer screams fun casual gameplay.

Personally, I loved the idea that the boxing gloves have different skins you’re able to find and use throughout the game.

Being a demo, longevity isn’t something I can really talk much about for this title. All I can really say here is that Kao The Kangaroo has so far been incredibly enjoyable, plays well and looks great. I for one will happily purchase the full game upon release and look forward to hopping (see what I did there?) back into Kao for a full playthrough!

This is one reboot that really has done justice to the original. Although I never played it myself, from what I can see most players seem happy with the demo and are looking forward to picking up the game on full release. After a few minor tweaks and some smoothing out of some of the rough edges, I think Kao The Kangaroo could be a great little mascot platformer!