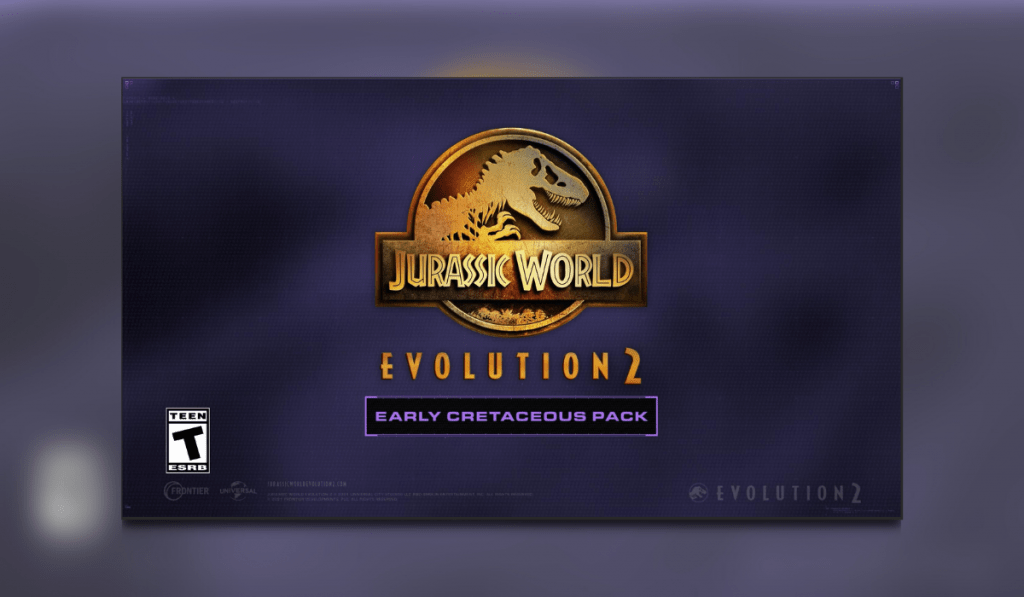 It was only last month that Jurassic World Evolution 2 graced us with its presence. A month later and we get the first taste of some DLC in the form of the Early Cretaceous Pack. So will these new dinosaurs add something to the game or will they just go extinct (bad pun I know)?

If you enjoyed this little review then why not check out my review for Jurassic World Evolution 2 here. You can also catch up with what the rest of the Thumb Culture team are up to on our social media.

Let’s Get Snap Happy Shall We

So when Frontier Games announced that they were releasing some DLC I was really excited. Like were we going to get a new game mode, a new island, maybe some Jurassic World Camp Cretaceous DLC? But unfortunately, I was wrong. What we got was a pack with four new dinosaurs.

Now of course the whole game revolves around dinosaurs but I got to admit that I was a little disappointed. The four new dinosaurs in question are the Kronosaurus, a Dsungaripterus, the very aptly named Minmi, and Wuerhosaurus.

The Kronosaurus is actually named after the King of the Titans, Kronos. It’s a marine dino so it gives the Monsasorous someone to play with. It does have its own behavior patterns that are different from other dinos you put into an aqueduct.

Dsungaripterus is a cute little pterosaur (well little in dino terms) It’s a flyer so everyone whos played these games instantly won’t be a fan of them. As with the pteranodons they are annoying, needy, and complete pain. These are the most troublesome out of all four.

Minmi is the baby of the pack. So adorable and cute. It’s just like the ankylosaurids but its plated armor is a little different that protects it better from predators. Cute and placid but don’t deliberately make one angry. It puts a TRex to shame.

Lastly, we have the Wuerhosaurus. Part of the stegosaurid family of dinosaurs. It sits low to the ground in order to feed on lower vegetation and uses tail spikes as a defense against any potential predators. Another one that doesn’t really do much.

My final thought is that I was honestly expecting way much more. While it’s always welcoming to have new dinosaurs to have in a park. I feel that there is much more potential when it comes to getting better ones. I know the game has only been out a month. Maybe the first DLC that is released could have offered some more content.

With the new Jurassic World movie coming out in the next few months. I am extremely hyped and excited that when it is released. We will be getting the DLC that we will all want. So with that, I am going to give the Early Cretaceous Pack DLC the Thumb Culture Bronze Award.