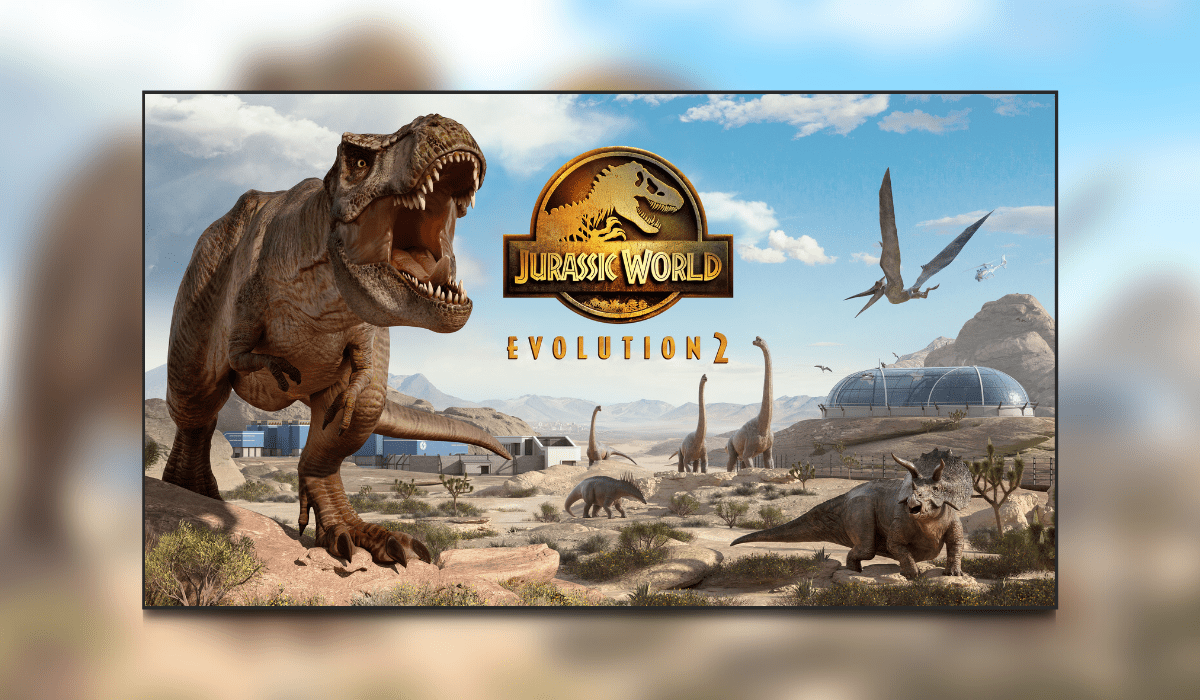 Frontier has announced that Jurassic World Evolution 2 will roar into action on PC, Playstation Consoles, and Xbox Consoles on November 9th.

Set in the aftermath of events in Jurassic World: Fallen Kingdom. Players are able to build their parks outside the confines of Muertes Archipelago (the five deaths). Immersing players into an original Jurassic World story. Your role is to control, conserve and contain dinosaurs. All whilst building a safe park for visitors to visit (These things usually go smoothly!)

Playing alongside an iconic class of characters from the films including Dr. Ian Malcome (voiced by Jeff Goldblum) and Claire Dearing (voiced by Bryce Dallas Howard).

This stunning sequel will contain an original campaign mode with more construction options and more customisation choices. The all-new Chaos Theory mode allows you to play through a range of “what if” scenarios from all five films in the Jurassic World franchise from Universal Pictures and Amblin Entertainment

75 species is massive the original title launched with 37 species (42 if you bought the Deluxe pack). This only helps to show the sheer amount of customisation you can have with this sequel.

Through bioengineering, players can customize their dinosaurs with bold new colors and patterns and alter their genomes to discover new traits to unlock as they endeavor to create the ultimate dinosaur park destination

Showcasing a brand new Pre-Order Trailer that shows a few of the stunning locations. Even more, will be available to you when Jurassic World Evolution 2 launches on November 9th.