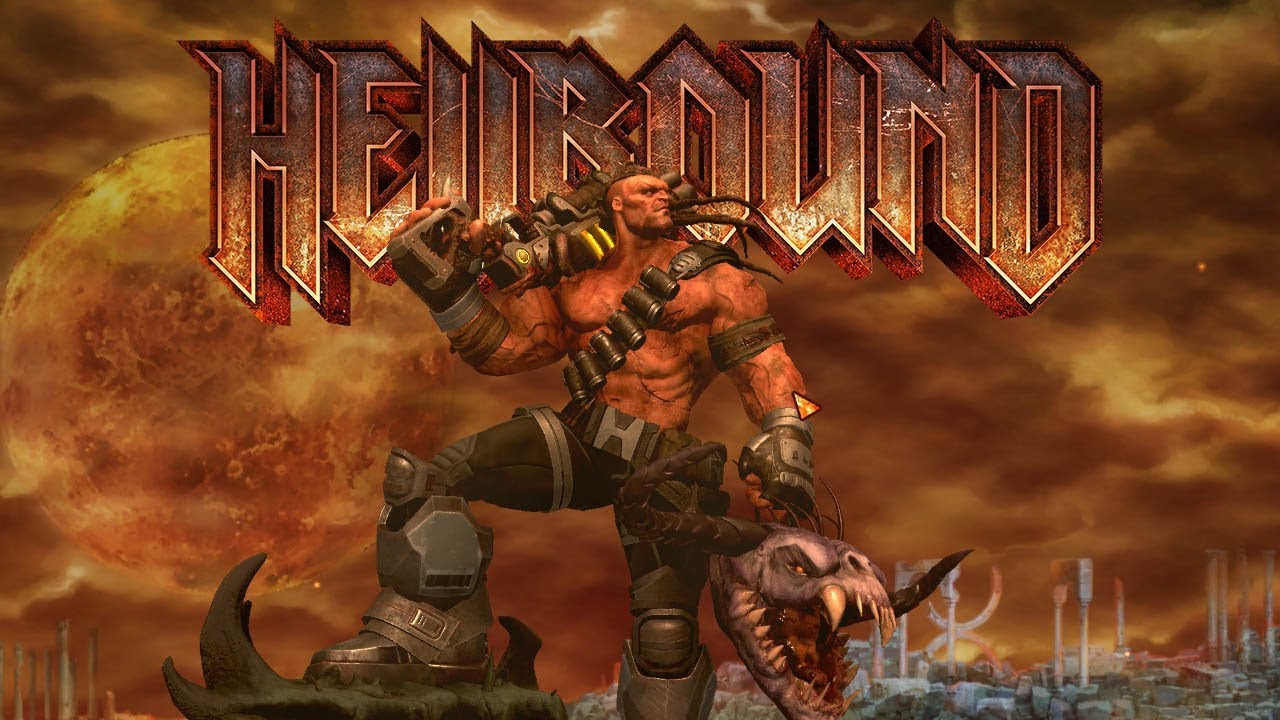 Before getting into the review let me take you back to the days when multiplayer was in person and not online. You have had an awful day at school and the one thing that could put a smile back on your face was MS-DOS (Yes you read that right, MS-DOS). You are probably lost by now, to be honest, so am I. I am in fact eluding to the amazing title that many gamers love, DOOM. It was the original, However, Saibot Studios took the concept and made Hellbound, what I can only describe as HELL LIKE METAL MAYHEM. Keep reading to find out how I got on.

As per Saibot Studios, you are a Huge-*** Mother****** killing demons in hell. And to be quite honest although that does cut straight to the point that is what it is. No cut scenes or anything unnecessary to start off with it is just straight into the action. Not going to lie, this absolutely gets you hyped for what is about to happen.

You start by making your way down to your first hellish demon with metal blasting out of your headphones and from there it is fast-paced 90’s shoot ’em up spilling everywhere. There is gore and the demons are awesome. There are different guns throughout the game, however, they do all have the same feel. So when you get hold of a bigger gun you don’t really feel any more powerful. Nonetheless, I still enjoyed the slaughter of demons!

The UI was nice and simple (yet efficient) as per the 90’s giving you only what you needed to know. How you as are the character are doing and how much ammo you have left before you start praying.

There are multiple modes available along with various difficulties, old school is where you should start then back down if you can’t handle the experience. Overall quite a short game which has almost early access feel to it. However, I enjoyed it for what it was and had a great time in my own little hell.

As mentioned above, this game screams DOOM at me (not literally) but in many ways. Graphically it feels like a modern-day take on an old school DOOM title. Quite dark, with a limited colour palette but a HELL of a lot of shades of the same colour. It works really well with the gameplay.

It would be wrong for me not to start off the audio section of this review with anything other than the soundtrack. Re-winding back to seeing the trailer, the one thing that hyped me up was the backing track for it. It was a heavy metal track, I assumed it was just for the trailer. I was WRONG! This was the soundtrack for the gameplay within Hellbound. I can safely say it doesn’t disappoint. The heavy riffs fit the gameplay developed extremely well, it almost gets you into the zone.

Because the game has such a heavy-hitting soundtrack, the developers had to be smart. The last thing you want it an awesome soundtrack with weak effects. Especially when the game is all about a rampage in hell killing demonic monsters. I can however safely say the effects are not lost and do add to the gameplay experience.

This is the one area of the game which lacks, despite there being multiple difficulties the campaign isn’t all that long. And for obvious reasons quite repetitive. However, this isn’t necessarily a bad thing. I personally think Hellbound is one of the games you run through, but then keep in your library and revisit in some downtime. It is a fun game to play if FPS Doom-Esque shoot em ups are your thing.

For me, Hellbound ticked A LOT of boxes, it was just a fun game to jump on and play. With little instructions needed and no crazy mechanics to pick up, you jump straight into the action. The one thing that could improve Hellbound is its storyline, however, at the same time, I think that would take away that 90s shoot ’em up feel. It was all about loading up and causing carnage, which Hellbound delivers. I was on the fence regarding which award to put forward, It would be amazing to see a second iteration or DLC for this title. Hellbound has had quite alot of negative press since release, but enjoying it for what it is makes it a great title to pick up. I award Hellbound a Thumb Culture Silver Award. 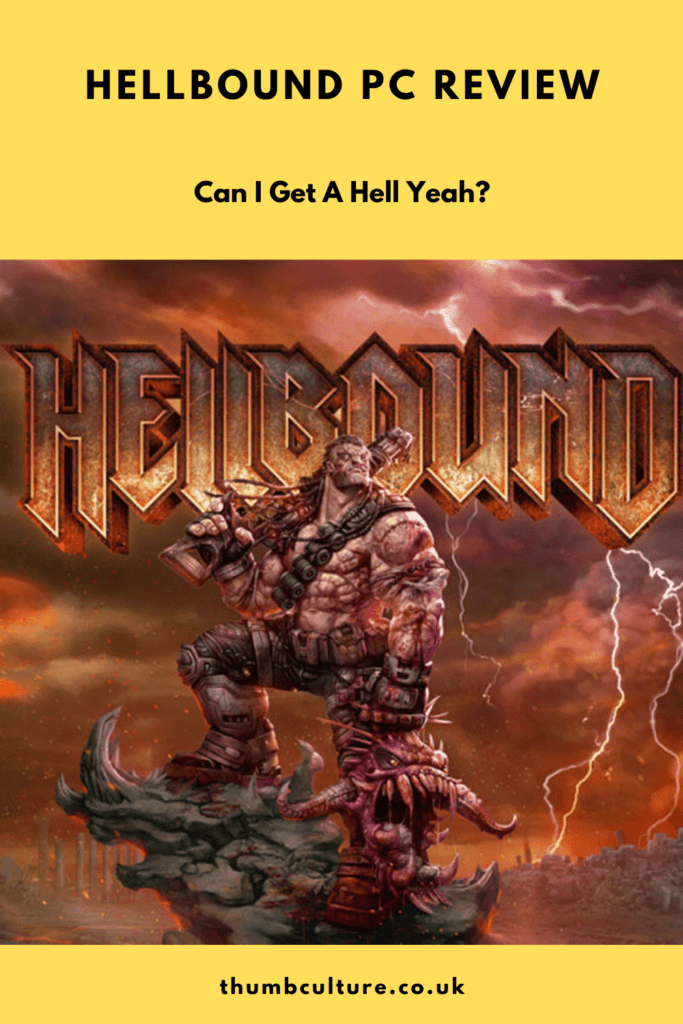