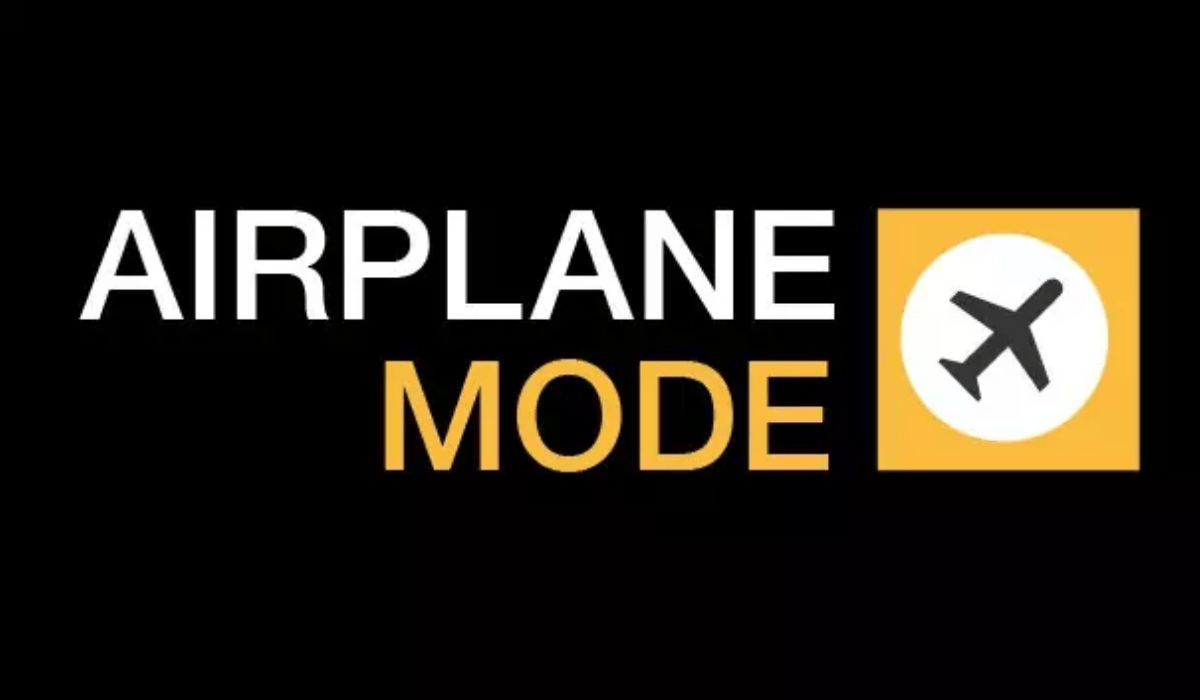 Grab your luggage, we have a flight to catch. Airplane Mode is a simulation game available on PC from developers Bacronym, and publisher AMC. Airplane Mode can be purchased on Steam for £9.29 at the time of writing. We are told that “Airplane Mode delivers all the thrills of a real-time, six-hour commercial airline flight—in Coach. At least you’ve got a window seat. Buckle up.”, let’s see what I think.

When you first start Airplane Mode you are greeted with the main menu which consists of language, graphical, resolution options and two flight options. Available is 2 hours and 5 minutes, and 5 hours and 45 minutes. These are real-time, not in-game time like we see on some other simulation games.

I chose the shortest of the flights at 2 hours and 5 minutes. I was then inside an aeroplane, passengers on board and voices mumbling. The flight crew walking up and down the aisle whilst asking passengers to fasten their seatbelts, of which I was one. I then look down at my lap, there was my seatbelt, I click, held and dragged the seatbelt across my lap, click, fastened.

I then waited approximately 15 – 20 minutes of real-time for my flight to actually take off. During this time I tried a number of things, I tried to get up out of my seat, nope, noticed there were a number of things around me to fiddle with such as the air conditioning, overhead lights and a satchel under the chair in front of me. The in-flight entertainment which had a choice of 3 movies, as well as food service which was unavailable on my flight (this may have been due to the fact I was aboard the shorter flight).

Still looking around my seat, there’s a woman sat next to me fidgeting away brushing off her cardigan, tapping her leg and also looking around, giving my character the occasional eye contact and a smile. Now I pay attention to the screen in the headrest in front of me, flicking through the different options, I started to watch a movie on the screen. The movie was titled Atlantic Flight (1937), on comes the movie, black and white, noise, grain, wobbly recording (You know the type I am talking about).

Wait, there’s no audio, this is boring, I simply can not watch a film with no sound, can you? So I look around some more, remembering the aforementioned satchel. I click on it and it then goes on to the empty seat next to me, then I open it by clicking on and holding one of the fasteners and drag it to myself, here we go, a set of Bluetooth headphones. I click on them and they disappear, one can only assume they are now on my characters head.

Back to the movie, I click on a little button showing some headphones on the bottom right of the screen. Hey presto! I can now hear the classic audio recordings of yesteryear coming through the headphones, much better. Just as I start to get into the 57-minute movie, a notice appears on the screen warning me about the PA system being active. Ding dong, “Welcome, we are pleased to have you aboard Pan Atalantica flight 708, please remain seated with your seatbelts fastened whilst we play you our safety video.”, on the screen two people appear explaining about the exits, oxygen masks that would drop down in an emergency and some other things such as life jackets.

Once we eventually take off, the in-flight information screen tells you how far you’ve flown, how much of the flight remains and other info such as plane speed. As well as time at origin of take-off and time of the landing destination as well as some other information such as a map showing where you’re currently flying over.

You also have a mobile phone which you can play around with. You can put it on charge, connect your headphones to it over Bluetooth, it also has a VPN connection on it. Unfortunately, my phone actually crashed on me and I could not swipe the control centre/quick actions away. This resulted in me not being able to quit the game when I had finished playing, nor access any of the options. I had to ALT+F4 the game to get out.

Whilst the graphics are not high flying (sorry), they’re also not terrible. I have most definitely seen worse from more recent AAA titles, no names of course. However, the graphics are not too shabby at all, this ran well on my PC with no issues at 1080p using an RTX2060 Super.

The character modelling seems accurate as well as the animations on the NPCs such as the passenger sitting next to me and the flight crew walking the aisles with their trolley of food and drinks, waving her hands at me telling me to buckle up or asking if I wanted anything.

Frame rates were stable, no drops or spikes during play. All of which added to the relaxing experience of being a passenger aboard the PanAtlantica flight.

The sounds in Airplane Mode are somewhat to be improved, some of the actual plane engine sounds aren’t too great. Inside the plane is better, with ambience such as other passengers talking and the flight crew talking to your character.

The sounds inside the plane are enjoyable, such as the beeps and ding-dongs for information, the air con sounded pretty good too. The movies on the flight entertainment gave me that nostalgic feeling of old movies such as King Kong, Godzilla and also others like the Carry On series.

I couldn’t see myself playing this game for too long. However, I do appreciate how relaxing it is and can see quite a few people just sitting in their chair, chilling out watching the world go by outside of the plane window.

It was quite relaxing for myself to watch this. However, I prefer more story-driven games or even games where you have more to do in the actual game, such as find collectables, side quests etc. This is literally sitting in a plane and waiting for the flight to end.

I appreciate the work put into Airplane Mode, it’s also nice to see devs trying something new and not sticking to the same old same. At sub £10 this is a great price for those of you who just want a game to relax with, there are also 31 achievements to unlock.

This gives some replayability for those of you who want to play more of this game. I give Airplane Mode a Thumb Culture silver award! 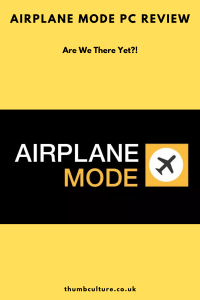