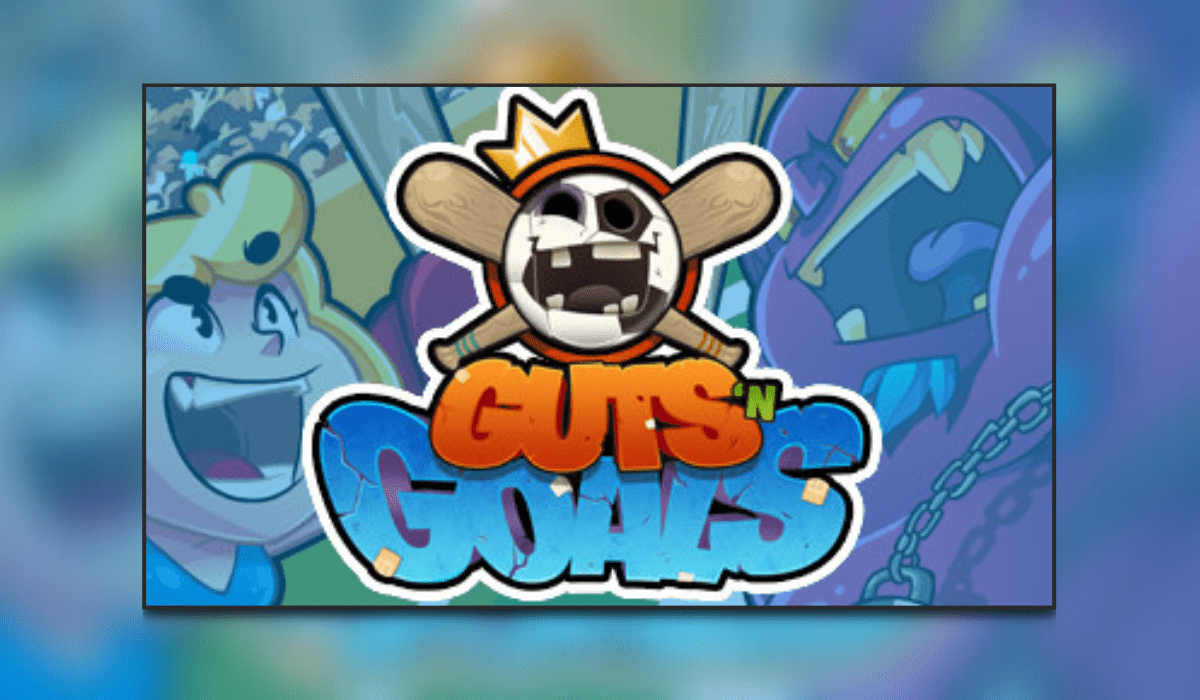 Developed by CodeManu and published by PM Studios Inc (Hoa), I bring you Guts ‘N Goals. A sports title with a difference, in fact, a football title with a difference. I say that as you do not, I repeat do not use your feet all that much. You are probably wondering, well how is even a football title? Well read on and I will explain everything to you.

This isn’t my usual pick-up, I usually stay far away from football titles. I won’t lie, it is because I am awful at them. However I did think to myself, how bad could I be at a top-down pixel-art football title where fouling is the way forward? Join me as I check out Guts ‘N Goals.

Guts ‘N Goals has an extremely simple concept, two teams battling it out and scoring goals. Obviously, the winner is the team with the most goals. Well, this is usually the case anyway. However, the devs have also added loads of mini-games to bring you an action-packed top-down pixel art football beat ’em up like no other.

Let us start with campaign mode, as with most titles this is single-player and you have the option of various difficulties. I started out in an amateur mode, but soon realised I was definitely a beginner! So easy mode it was. Despite there being a tutorial on load, it is an extremely fast-paced game so a lot of practice is required. The mechanics are quite simple, movement, attack, special attack, and shoot. Each character within the game has different special attacks, so ensure you choose the right one for you.

A number of games and challenges make up the campaign mode. These games can vary from 1v1 to 3v3. Some of them are time-based and some are score-based. Keep an eye out for this as it caught me out multiple times. The challenges vary from paintball mode, where the ball is a paintball and coats the arena. There are even king of the hill modes and skill matches whereby you need to kick the ball through a maze of cones. This sounds easy but the ricochet on them cones in UNREAL! Each time you win a challenge or game you qualify for the next match until you reach the end game and reign supreme fouler!

Within the above mode, there are also unlockables, these range from new characters and skills to arenas. The game has so much to unlock, multiple playthroughs are required. I can guarantee you will have fun doing it. As mentioned above, when you do unlock new characters make sure you try them as you might just find that the ones you unlock work better with your playstyle.

As well as the above there are also multiplayer options. So firstly you have the ability to play online whether that be with friends or randomers. However, there is also the ability to play co-op. Unfortunately, my son is too young for this game at the minute so I had to stick with online and campaign. Even so, despite the game been quite simple overall, there is so much to go at.

When it comes to the graphics on Guts ‘N Goals they remind me of a polished modern version of Nintendo World Cup. The pixel art assets really lend themselves to the fun gameplay on offer. I sometimes get eye strain when playing pixel art titles if the art hasn’t been done correctly. However, with this title, I had no issues whatsoever.

When it comes to audio the word that comes to mind is manic! The game is so fast-paced it would of been wrong to put a relaxing soundtrack to it. Instead, there is an upbeat electronic arcade-style soundtrack. It has fast BPM and electronic samples booming as you try so hard to get the ball in the back of the net. Fast-paced matches suck you in very easily thanks to the soundtrack.

Guts ‘N Goals is a title that you can spend an indefinite amount of time on. I would compare it to the likes of Rocket League. You can jump on and just have some quick matches or campaign matches solo. Alternatively, you could jump on with friends or play online. There is a ton of content to unlock, enough to satisfy the completionist in just about anyone. From characters to arenas there is a lot to discover as a new player.

On top of this, there are also different difficulties available, although I do advise starting out with a beginner. It is possible I was just awful at the game but even beginner was a struggle sometimes. I really enjoyed the challenge and could see myself improving as well. Sometimes it’s about getting the opponent on the floor rather than scoring a goal.

I had a silly amount of fun on Guts ‘N Goals, it is an all-around laugh. I also have to admit that was when I was playing it by myself. With friends, it would have been hilariously manic and I imagine quite competitive. Other than the fact it is extremely hard on any mode other than a beginner to start out with and the team colours can be difficult to see (I am colourblind). However, there are some accessibility options available.

There isn’t much I didn’t enjoy. Guts ‘N Goals wouldn’t look out of place in an arcade cabinet with up to 2 players. In fact, that would be pretty amazing, if the devs are reading this and this happens you have to let me know! Due to the amount of fun I had, I award Guts ‘N Goals a Thumb Culture Gold Award.