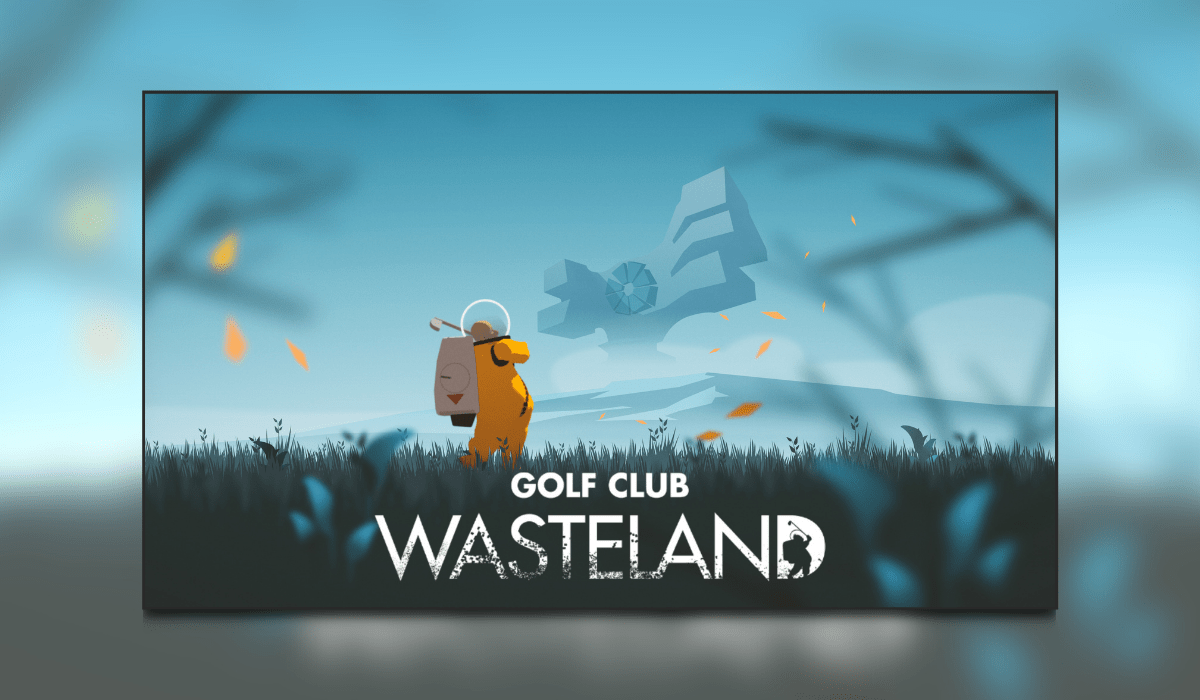 Post-apocalyptic golf sim Golf Club: Wasteland comes from developer Demagog Studio and publisher Untold Tales. I first became aware of this game through being in the Untold Tales Discord server following reviewing Beautiful Desolation (review here). From then I kept my eye on it and even had a question answered in a Q&A with the developers, which you can find on the Untold Tales YouTube page. The clean and low-detail aesthetic of the game grabbed my attention right from the unveil and can’t wait to jet-pack my way around the golf course.

Golf Club: Wasteland – Fancy a back 9 on the 3rd rock?

If I was to take the Earth and repurpose it, post-apocalypse, for the ultra-wealthy, I’d have settled on a hunting reserve. What could you imagine the husk of our planet being used for when it is no longer fit for human use? Let’s chat in the comments.

Golf Club: Wasteland consists of a 35 hole golf course spanning the Earth. These escalate in difficulty and complexity as you progress; simple A to B holes evolve into those with moving parts, button-activated doors, and more. All the usual pitfalls of a PGA course you’d expect are present; water, bunkers, radioactive cows. It’s got the lot. The player character will effortlessly jet-pack to the next shot location while you relax and listen to more of the radio.

There’s only one mechanic you need to worry about to play and that is swinging your club. To do this you simply click and drag in the direction of the shot. You can invert this in the options. A short drag and release will give you a tap whereas longer drags add more power. At first, I found it difficult to get the power right on shorter shots, seemingly either tapping the ball an inch or smacking it way past the target. Adjusting the sensitivity in the settings helped considerably. If you attempt a full-power shot you must sacrifice some accuracy. A shakey directional arrow when lining up the shot indicates this.

I found the course designs to be really inventive and fun. There’s a lot of challenge in playing around on the courses where you’re required to navigate vertically among dilapidated buildings. Missing a tricky shot can set you back a fair way through the hole. On many occasions, I prayed that my ball would be destroyed rather than land somewhere solid. Just so that I could re-attempt the shot rather than go back 4/5 shots.

Completing courses in under a certain number of shots unlocks diary entries which help to flesh out the story. You are also rewarded with a 55-page comic, upon completing the game, that tells some more of the story of the main character.

Juxtaposed to the feeling of despair and anxiety the idea of golfing on an abandoned Earth brings, is the light blue and neon pink visuals of the game. I found these to be quite relaxing, despite the situation they so efficiently portray. The surroundings also serve to tell part of the story. You stand among buildings adorned with the names of corporations belonging to the 0.1% shining brightly among the ruins. There’s also a number of locations visited that were used to facilitate getting humans off the planet and to Mars.

This kind of passive storytelling is used throughout the game in both the audio and visual presentation. It’s the intention of the developers to allow players to search out as much as they want to at their own leisure, rather than be bombarded too much with the dark and foreboding scenario the story tells.

The soundtrack in Golf Club: Wasteland is crucial to the experience. For much of the duration of the game, a radio station is playing, with both spoken and musical sections. Those that have played GTA3 will likely find the concept similar to Chatterbox FM. Stories of life and hardships on Mars are interwoven among stories of how life used to be on Earth and what people miss the most. The hosts of ‘Radio Nostalgia from Mars’ also broadcast messages and adverts to the citizens of Tesla City, helping to make it feel much more realistic. This is one of the main delivery systems the game uses to tell you the story. The developers have done this fantastically well. I wholeheartedly agree with the game as it recommends that headphones are required to get the best experience.

There are 3 ways to play through the 35 holes. Story Mode allows you to play through with no par requirements. It will even offer level skips when you’re struggling. In order to progress through Challenge Mode, the player must meet a par value for each hole in order to progress. Completing Challenge Mode rewards you with Iron Mode. This means you can not make any mistakes. I wouldn’t like to put an hours value on the completion of all those challenges but you’ll certainly get a fair amount out of the game.

It’s been a long time since I played a golf game. Even then it was a more technical sim rather than a casual one. I really enjoyed the simplicity of Golf Club: Wasteland and how this allowed a bigger focus to be on telling a great story at the same time. The story has some fantastic emotional moments as it slowly unfolds in diary snippets and in the level intros. I am looking forward to seeing what Demagog Studio do with their next title, Highwater. I award Golf Club: Wasteland a Thumb Culture Gold Award.