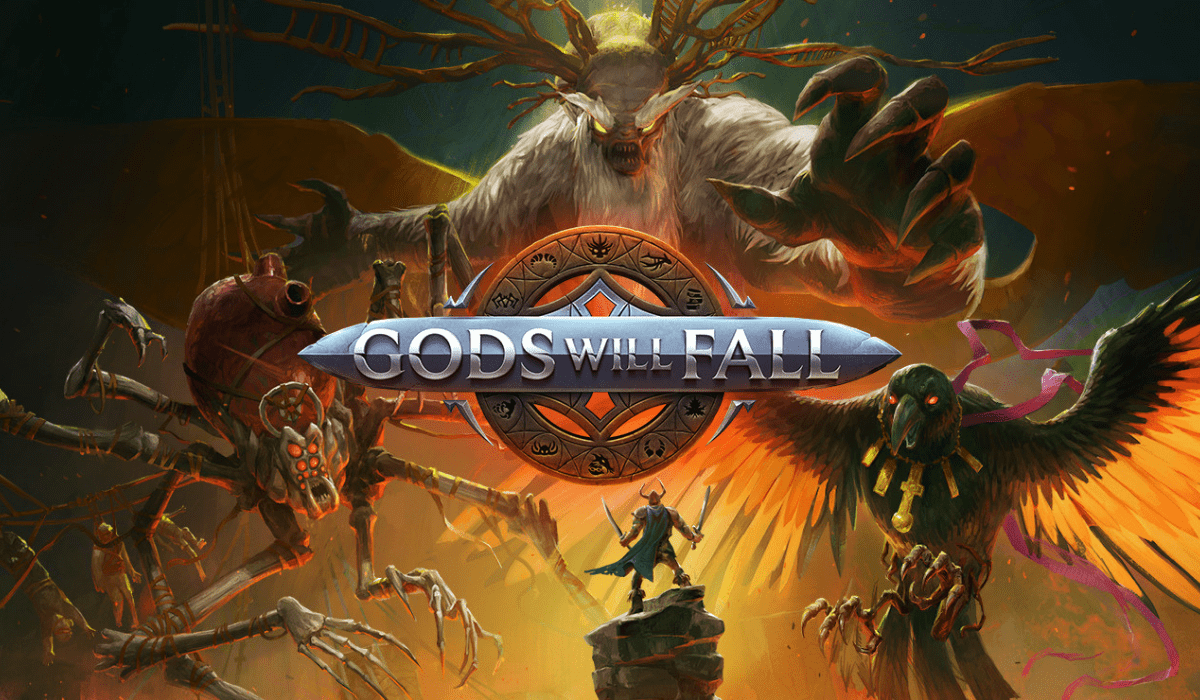 In Gods Will Fall the gods are bent on cruelty and suffering, the gods demand to be served with blind worship through an oath of fealty pledged from every man, woman and child. Can your challengers help free those men, women and children?

Gods Will Fall … Or Will They Rise?

Developed by Clever Beans (Wipeout Omega Collection, When Vikings Attack) and published by Deep Silver (Kingdom Come: Deliverance, Saints Row). The game is scheduled to be released on the 29th January 2021.

Let’s check out what we think of what we have seen from Gods Will Fall. If you like this article, check out my previous here.

When you first arrive on the isle you can wander around to find an entrance to a domain. Now you choose your challenger and enter the domain, ready to fight to the death for the sake of humanity.

Attacking seems basic enough, tapping a button for combos to deal extra damage. In Gods Will Fall your health points are called Vigour. If you lose any Vigour you can replenish this by striking your foes and gaining Bloodlust. Gain enough Bloodlust to refill one segment of Vigour, you can perform a battle roar which will then convert Bloodlust to Vigour. Battle roars also appear to open new paths in domains for you to continue on your way.

Something noted whilst watching the preview footage, once you enter a domain, there is no turning back. Failure in a domain leads to the challenger being trapped in there until another challenger successfully defeats that domain.

In Gods Will Fall, there are also “deadly attacks”. If a deadly attack connects with your challenger, that challenger is dead. Permadeath. Sounds like this could cause an onset of gaming rage for some. Good job you can dodge in this game. You can also parry, but don’t try that against a deadly attack. These moves will certainly help make runs a little smoother and help avoid those permadeaths.

Permadeath = No Coming Back

Each enemy you defeat in a domain helps weaken that domains god. So make sure you kill as many enemies as you see whilst venturing around the domains. The battles against the gods look fairly straight forward. With a bit of patience and learning the patterns, I am sure your challengers will be taking gods down in no time.

There are also items found in domains that can be assigned to the D-PAD and used with the assigned button. Items can be very powerful aids in Gods Will Fall as these help open new paths as well as help with your fight against the gods. Enemies can also throw weapons at you. If you are quick enough, you can dodge, pick up the item and throw it back to damage the enemy. Possibly even kill the enemy if they are low on vigour.

From what we have seen, the level design looks quite in-depth and very creative. Be it from a simple bridge crossing to a pathway you need to open up with a battle roar or an explosion from an item, the levels look incredible. I can not wait to explore every inch of these domains!

Gods on the Isle also vary greatly in strength. Recognising which is most vulnerable and which should be left until later is entirely up to the player. I personally like games that give you this kind of freedom. Think Breath of the Wild, you can basically do whatever you want in that game. If you struggle, come back to that area later.

The challengers can also equip different weapons and protective items such as shields. These will definitely help with your fights against the stronger Gods.

The graphics do it for me. They look real good whilst keeping things relatively minimal. For example, there’s no massive detailing in the sand on the beaches, no grains of sand, no glints of light that you may see on a game going for realism. However, this does not pull away from how the game looks so beautiful. Audio-wise, there’s a good battle theme alongside some great sounding effects that won’t leave you thinking “Would you please just shut up!”.

Gods Will Fall looks like a game that is right up my alley and I can not wait to give it a go. Check out the trailer below and see the game in action. 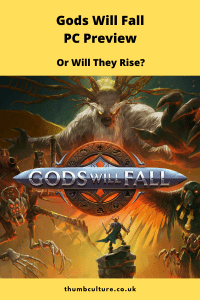