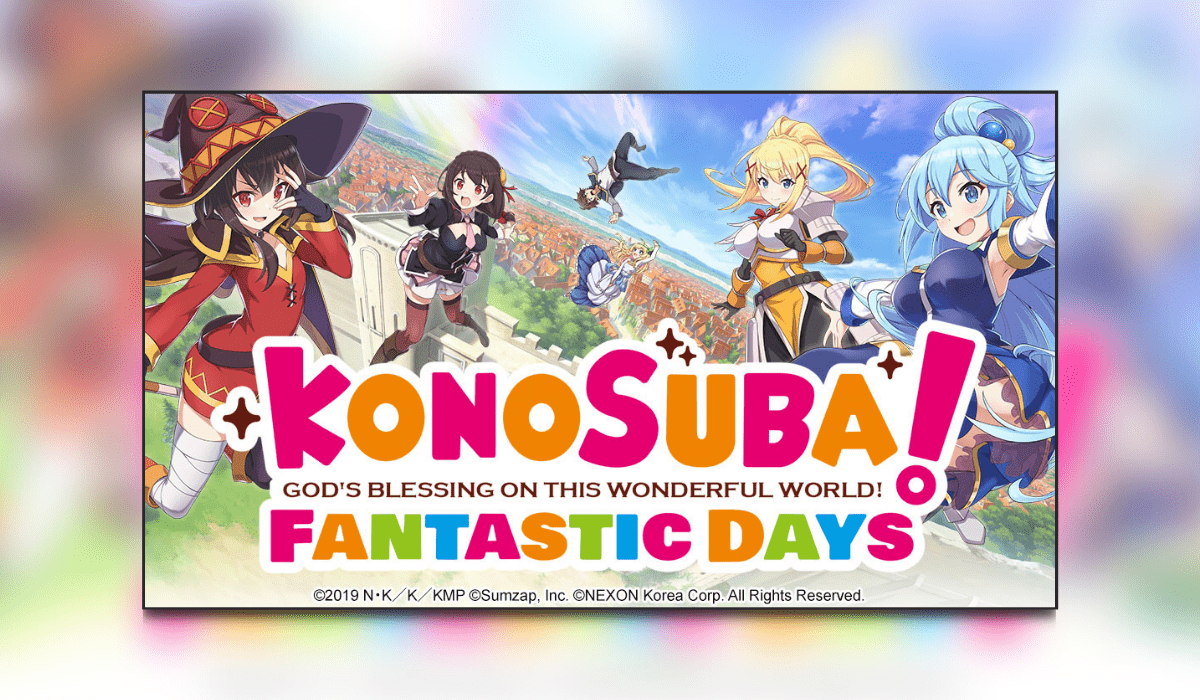 KonoSuba: Fantastic Days is a brand new free-to-play mobile game that launches on the 19th of August and Nexon is celebrating the global launch with a virtual showcase event on Nexon Mobile Games’ YouTube channel. Published by Nexon and based on the hit comedy anime series streaming on Crunchyroll and HBO Max, KonoSuba: Fantastic Days is a free-to-play character-collection RPG. It will be available on the App Store and Google Play.

It has already surpassed the 1 million pre-registration downloads prior to its global launch. Fans of the hit comedy will be able to join their favorite characters from the show, all voiced by the original Japanese actors including Jun Fukushima, Sora Amamiya, Rie Takahashi, and Ai Kayano. The game follows the original storyline and will also include some brand-new content. Such as new characters, new story plots, and brand new heroes and heroines created specifically for KonoSuba: Fantastic Days.

During the trailers, fans will get an exclusive sneak peek at what’s in store for them. You’ll be able to take a deeper look into the voice acting behind their favorite KonoSuba characters with actors Jun Fukushima and Sora Amamiya. You’ll also get an in-depth breakdown of the storylines, characters, equipment setup, and Arena System. So that they’re able to dive right into the action at launch.

Based on the popular anime series “KonoSuba: God’s Blessing on This Wonderful World!”, KonoSuba: Fantastic Days is a free-to-play character-collection RPG for iOS and Android. Featuring fan-favorite characters, including Kazuma Satou, Aqua, Megumin, and Darkness. The game follows the storyline from the original novel and includes bespoke characters created exclusively for the game. Last year, the Japanese release of KonoSuba: Fantastic Days saw great success, garnering recognition from players and praise from the KonoSuba fan base.