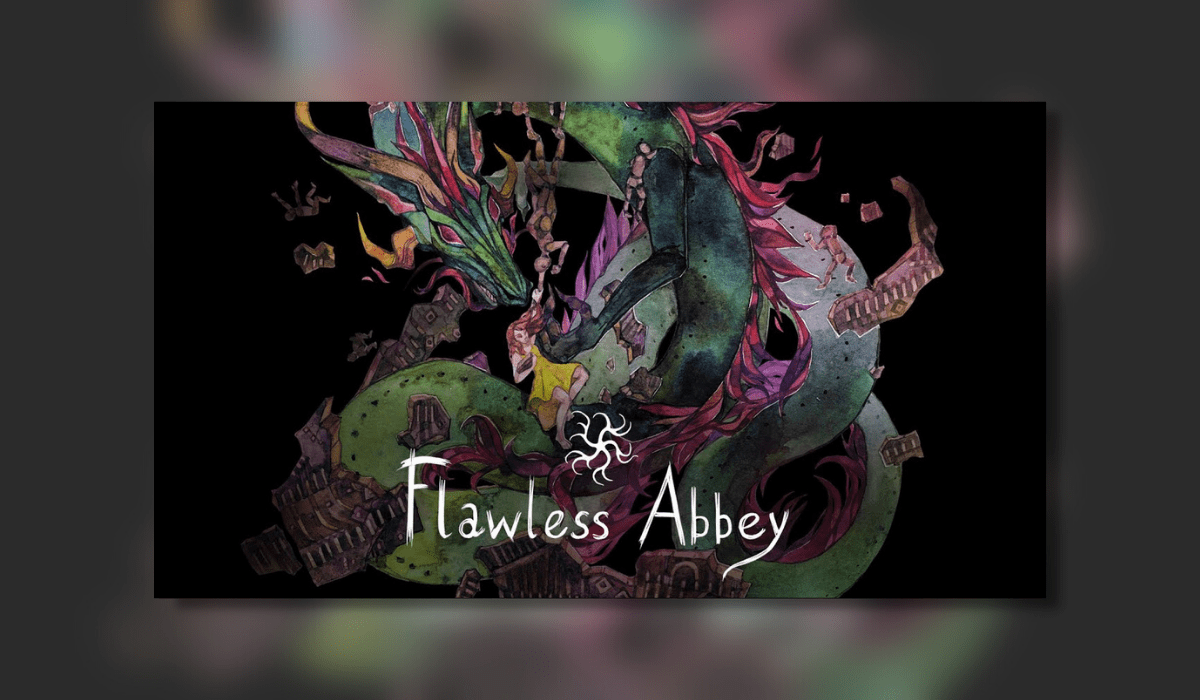 Flawless Abbey is the debut release from Russian developer Bed Head Games in partnership with publisher Critical Reflex (Aeon Drive). Set in a hand-painted fairy tale world, Flawless Abbey is a puzzle game where your choices shape the outcome. Delve deeper into the world as you uncover the story of the titular abbey and its inhabitants. It was nice to be able to play this demo until the release comes from Bed Head Games.

Find what is beneath the surface of Flawless Abbey

For a short demo, Flawless Abbey sets up an interesting game with a fresh design style. The TC team and I would like to hear your thoughts on what you think so far. Feel free to post in the comments below.

Flawless Abbey begins with a prologue of sorts, being told via a stage play is the tale of a forgotten building being lost as the last people to go near were killed by a dragon. The gameplay starts with you as Penn Sveelar, a junior dreamcatcher caught in a time loop as he repeatedly visits the abbey. I only know so far it is to do with two other people here and Aurora, the mysterious Abbess while the other characters seen so far are puppets or perhaps memories of fragments of people. The demo ends with ascending to the next level of the abbey, one step closer to solving the mystery of the building and the time loop. The story so far is interesting and I’m definitely keen to learn more.

So far the main gameplay mechanic is using puzzles and I’ve encountered a few interesting ones already. I enjoyed how sound and music-based the game is, from solving puzzles to NPCs communicating in melodic tones. Thankfully there are subtitles for the dialogue. I did find the puzzles very hands-off and unintuitive when figuring out how they work. This became even more unusual and bitter-tasting after taking the time to teach about using WASD to move and left click to interact with objects.

I can only go by what I see right now with Flawless Abbey and I felt the surrealist design is like a rough first draft at the moment but with some work could improve. It felt like having stepped into a pop-up storybook and while vibrant and colourful I couldn’t help but feel it lacked depth. I didn’t have any frame rate or loading issues per se but the game did keep freezing at the same point with no choice but to restart. Having to close and reopen the game so having play from the beginning of the demo again really took me out of it and spoiled the experience.

While I didn’t find the visual design and graphic style as good, the audio of Flawless Abbey is solid. The small bit of voiceover was okay but the game’s strong suit for me was the sound effects and score. The audio featuring so much into the gameplay too made it clear it was an area of focus. From the music as you explore the beginnings of the abbey to sounds & tones as events happen and you interact with the environment. It was well done and put together as an active part of the experience.

This pre-access version of Flawless Abbey does feel brief but more to come no doubt with the full release. I did find myself intrigued by the setup and worldbuilding seen so far. Game glitches aside I completed this demo in under an hour but I sense the completed game will keep players occupied for much longer. At this point, there is no mention of achievements yet. But with exploration and branching choices shaping the story I’m sure completionists won’t be disappointed.

Flawless Abbey so far at least is a decent game setting up an interesting story. The gameplay is a bit awkward to manage but I really enjoyed how music and sounds are used. I feel the visual design has strong points and weak points but seems to work in the fairytale/storybook setting. Having some bugs with the game freezing was a tad frustrating, especially having to the beginning again. The audio is the game’s strongest element by far in my opinion. I am looking forward to seeing what Bed Head Games brings with the full release of Flawless Abbey.

If you enjoyed this preview then please feel free to check out my review of The Life and Suffering of Sir Brante.