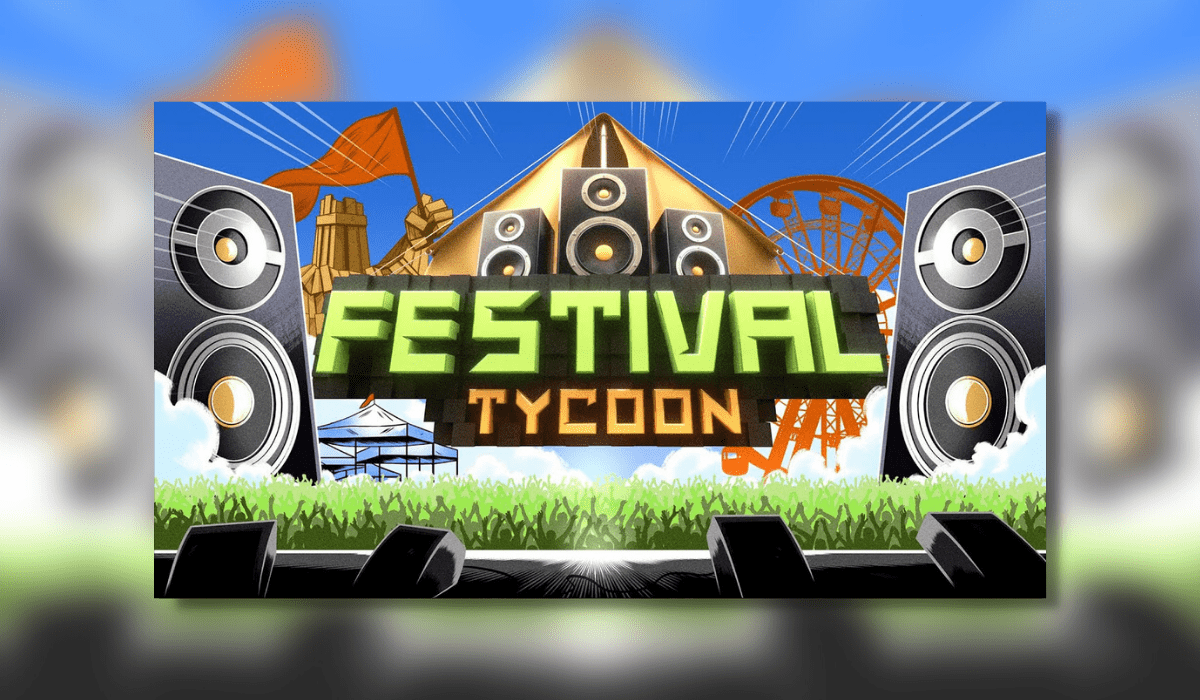 Ever wanted to run your own festival? As a musician it is something that every so often comes across your mind and you think “oh that will be easy!”. Well, now Festival Tycoon is here to assist! Developed by Johannes Gabler and published by Future Friends Games, Festival Tycoon enables you to manage and create your own music festival company, with the sole aim of taking over the world festival scene and building your empire!

Festival Tycoon comes straight out of the 90s by taking the name of something, in this case Festival, and adding tycoon to the end of it. Would the gameplay be the same, or more in the 21st century? Read on to find out!

Festival Tycoon sees you create your own festival management company and then proceed to create, build and run festivals of varying sizes.  There are 3 areas on initial launch each with its own budget, festival size, and map size. I started off on Green Field to get a hang of the mechanics and start from the bottom.

The game has a great tutorial process that guides you through planning your first ever festival, from building the stage and tent areas, to booking bands, obtaining sponsors, recruiting staff. Literally every area is covered, which is great! Eventually though you will want to turn this off, but you can turn it back on at any time should you wonder what you might be missing.

As mentioned above it isn’t just building the festival layout you have to do. So alongside deciding which stage and food tents you need you also have to obtain sponsorship in order to bring pre-festival revenue to your company so that you can afford to book the bands. However, each of these sponsors has its own demands, ranging from not having a certain genre to not allowing some bands at all! It really is a balancing act of bringing in enough money to satisfy the needs of your backers!

The other way to raise pre-festival funds is to do an early bird offer however this depends on the acts you have booked and the hype your festival is receiving already, so be careful what you set the price at as you could reign supreme or flop!

Once you have all your festival set up, sponsors secured and the bands booked (whilst meeting all their demands as well!) the festival can begin. Here as well as welcoming the bands and meeting their needs, you have to break up fights with your security detail, send in medical assistance, clean up the toilets and do everything else you’d expect a festival organiser to have sorted on the day/weekend.

The ultimate goal is to keep your guests entertained, bands and sponsors happy, and more importantly make enough money to plan your next bigger and better festival.

Festival Tycoon has nothing to write home about graphics-wise. It is a very minimalist game with very large pixels. I can understand that it is just a one-person development team, and maybe the 90’s minimalist vibe is what they were going for? After a while, the garish colours did grate on me, but I can understand their place in creating a fun vibrant festival experience.

The audio on the other hand was a delight, which you would expect from a Festival simulator. Each of the menus has various musical genres that rotate around and all of the bands you can book allow you to listen to a 2-3 minutes of “real” music belonging to that band. It should be noted that any musicians playing this game will soon spot the repetitive nature of the songs, but again this is a small indie game, so you wouldn’t expect a plethora of big-hitting artists to appear out of the box.

You could lose yourself for hours on end with Festival Tycoon making sure each element of the site is in the right place, from the position of a tree to where the backstage area is. All that before you even get into the festival weekend. For those that previously played games like SimCity, Theme Hospital et al, you know the number of days lost to designing and redesigning the perfect arena, and Festival Tycoon is no different.

I found Festival Tycoon a charming indie game to dive into, there have been numerous updates and patches since I have been playing the game ranging from guests bringing their own beer which you have to get security to sort, to the ability to add human foosball tables and volleyball courts to your festival activities. Since its official launch in September 2021, there have been 17 updates ranging from small bug fixes to the ones mentioned above. For a single dev team, this has to be applauded.

It is for this reason Festival Tycoon receives a Thumb Culture Silver Award.