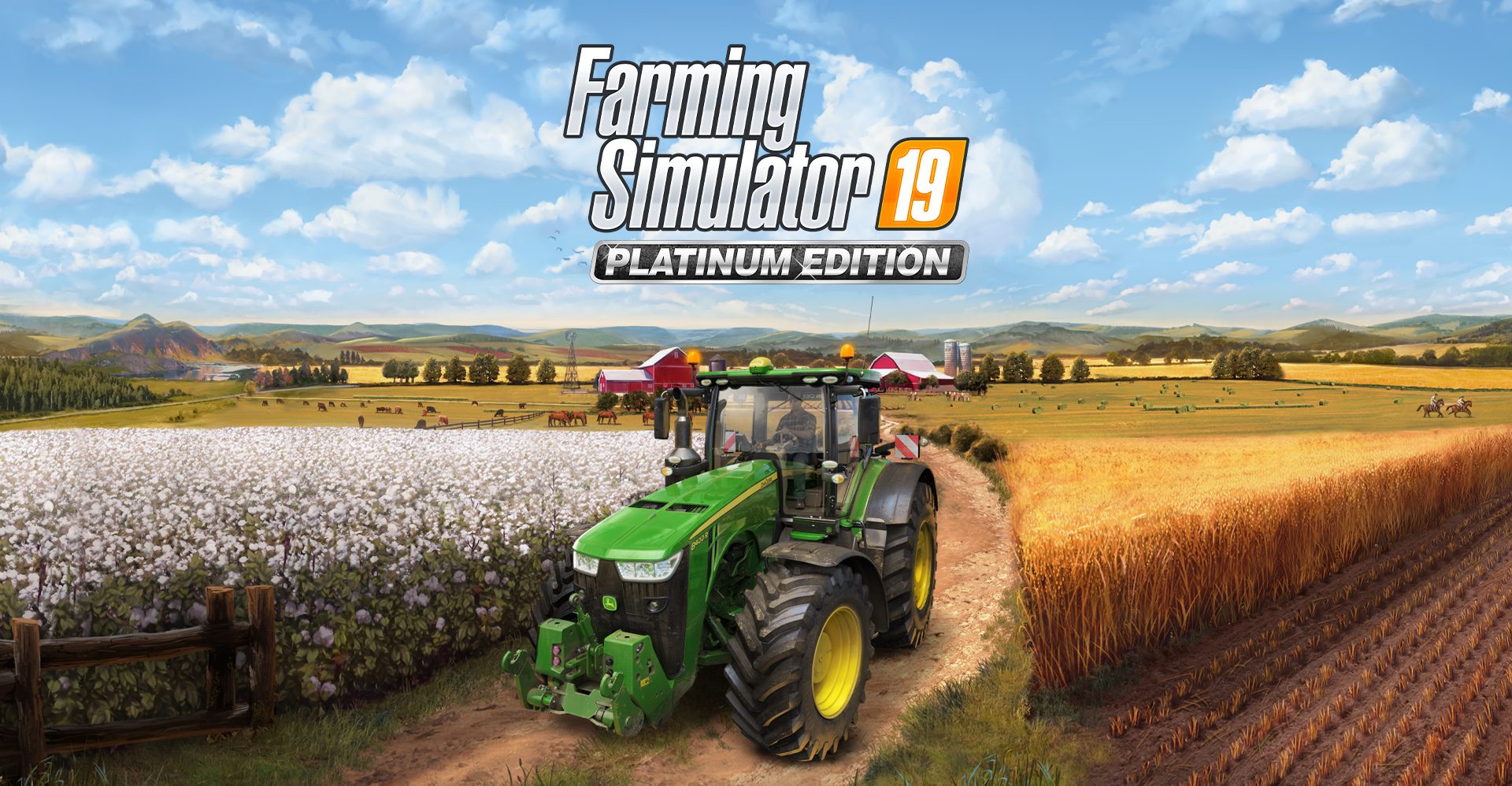 Everyone loves a good sim game providing they have a lot of time to sit around and play them.  A game with a long term objective that allows you to build up from nothing is perfect for those lazy days or even to take up the time while you are recovering from an illness.  Although originally released on PS4 back in November last year, Farming Simulator 19 from devs GIANTS Software can now be bought with an extra 35 new vehicles and tools from the manufacturer CLAAS in the new Platinum Edition which is available now.

Farming Simulator games can be a bit like marmite, you either love them or hate them.  Personally I do enjoy the thrill of jumping in a tractor and carrying out farming tasks however this is mainly due to me being surrounded by both agricultural and pastoral farmlands as well as my wife and her family having a farming background.

Now I am not going to bore you with the gritty details of Farming Simulator 19 Platinum Edition, I am pretty much sure you all understand where your food comes from and the blood, sweat and tears that is dealt along the way.  Ploughing, sowing,  nurturing, harvesting, feeding, selling your products, there is a lot to take on board when running a successful farm however I must say this is one of the most refined Farming Simulator games I have ever played.  The attention to detail is epic and while I appreciate you will have heard of manufacturers such as John Deere, you may not have necessarily heard of the German manufacturer CLAAS who is added to the roster in the Platinum Edition.  A brief history for you so that the brand can have some meaning therefore!

Founded in 1913, August Claas aged 25 patented a straw binder while employing his 3 brothers as part of the family business.  Inspired by the combine harvesters of America, in 1936 Claas wanted to introduce the first combine harvester designed for the European market however he was repeatedly turned down by German manufacturers leading to the historic sentence “Then we’ll just do it on our own” August Claas.  This turned out to be one of his best-ever decisions as he then successfully launched the first combine harvester in Europe, eventually leading to the expansion into the world of tractors.  From what was once a small village blacksmith’s workshop rapidly grew into one of the world’s largest agricultural equipment groups.

So there you have it, if you enjoy engineering and history check out the CLAAS website.

With the incorporation of the CLAAS brand into Farming Simulator 19 Platinum Edition, it now means that you can drive and use over 380 authentic vehicles and tools while looking after your various crops such as sunflowers, soybeans, wheat, sugar cane, the list goes on! If you prefer your animals then, of course, there are pigs, sheep, cows, chicken and horses…oh and you can even ride a horse! Yeehar!!  My only bug bear is that there are only 2 maps, one in America and one set in Europe however neither give me that homely feel as they are not England!  That said they are both massive maps and if you can’t cope on your own then you can play online with upto 16 players tending to the daily chores!

Farming Simulator 19 Platinum Edition looks and plays stunningly.  The sprawling landscapes of various terrains such as dirt, grass, trees and roadway are rendered beautifully and the lighting is amazing.  One of the biggest attractions is, of course, the machinery which even close up is highly detailed from the cockpit down to the stainless steel bolts on the engines.

The soundtrack is changeable within the game thanks to the ability to turn the radio on and off and change the channels.  Anything from hillbilly to classic country is here.  The sound effects of all the various machinery is great and unique to each device you are using.  There is also a moo-moo here and a moo-moo there!

Farming Simulator 19 Platinum Edition probably has an infinite amount of hours of gameplay.  It is pretty much endless as it takes a very long time to build the farm up and get it running how you want.  The more online friends you have, the better however co-ordination is key whichever method you adopt.  There is so much to do and I would say if you actually do this really well I would seriously consider going to work or run a real life farm!

Farming Simulator 19 Platinum Edition is immense, tricky and certainly not a walk in the farm!  There is a handy tutorial to set you on your way but be warned, you will lose many days if not months of your life to this game in order to perfect your farm.  As a father of 4 boys I would personally struggle to sit down every day for a few hours to carry on what I was doing from the day before.  That said this is the perfect form of escapism if you just need to go chill and take time out from your life, which let’s face it, we should all do from time to time.  The attention to detail within the game as well as the amazing CLAAS vehicles that have been included in this edition really bring something to the table if you love your farming and engineering.