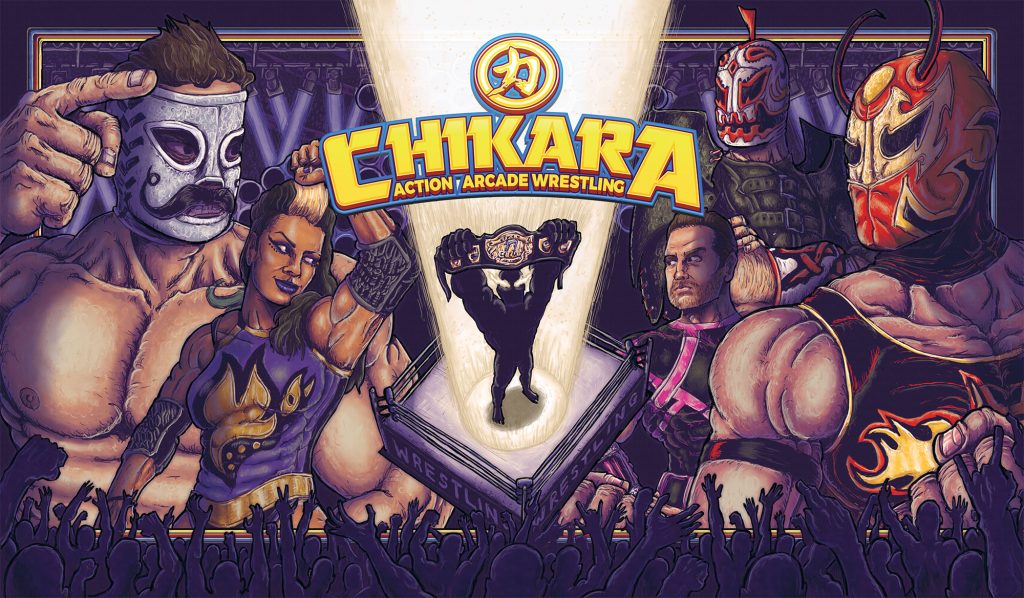 I have been a fan of wrestling since my Nan introduced me to the World of Sport on ITV in the late ’80s and even more when Hulkamania ruled the world in the early ’90s.

Those wrestling games that I had on the old Commodore 64 were classic but for me, the best wrestling game I have ever played was WWF Raw is War. It had all the wrestling elements with an arcade attitude which was perfect as that’s how you imagine how you would fight.

These days it seems to be on rails and heavily following storylines whereas, I wanted to make my world and make a fantasy booking of my own.

In Steps CHIKARA: Action Arcade Wrestling. Developed by VICO Game Studio and published by Reverb Triple XP it brings back that fast-paced arcade-style of wrestling along with the classic 90’s wrestling flair. With a bonus of wrestlers from CHIKARA: an independent wrestling promotion that, looking at the Notable alumni which includes people such as X-Pac, Christopher Daniels, Pete Dunne and the Young Bucks brings a legitimacy for the game as to put their name on it.

Will CHIKARA: Action Arcade Wrestling bring the smackdown or will it limp back to the gorilla position with the fans booing their name?

Let’s put that spandex on, paint my face and lace my boots as we check out what the game has to offer.

You load up the game, ready to kick butt and you are greeted by this: 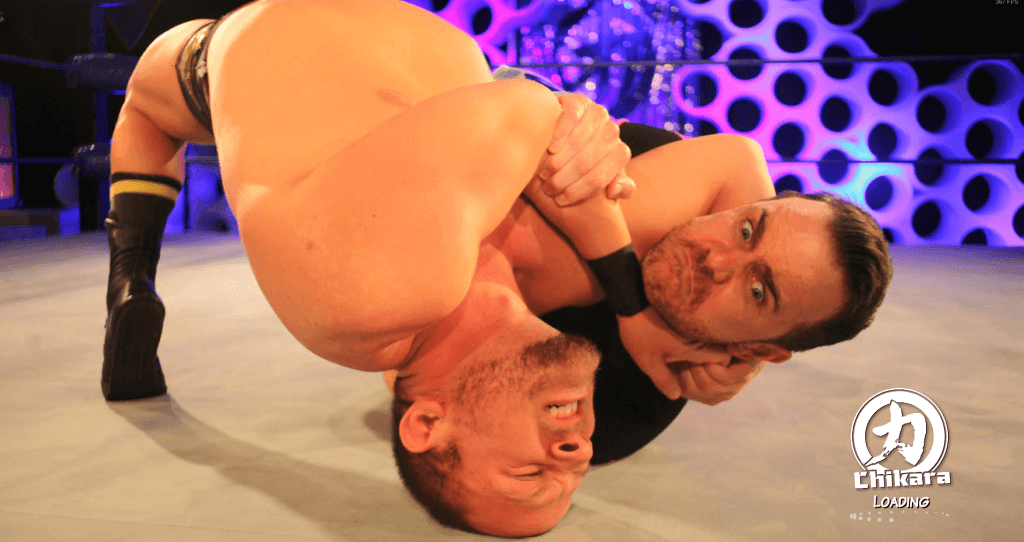 Already, you know fun times are going to be had.  With more awesome actions shots as the game is loading, you are into the menu. 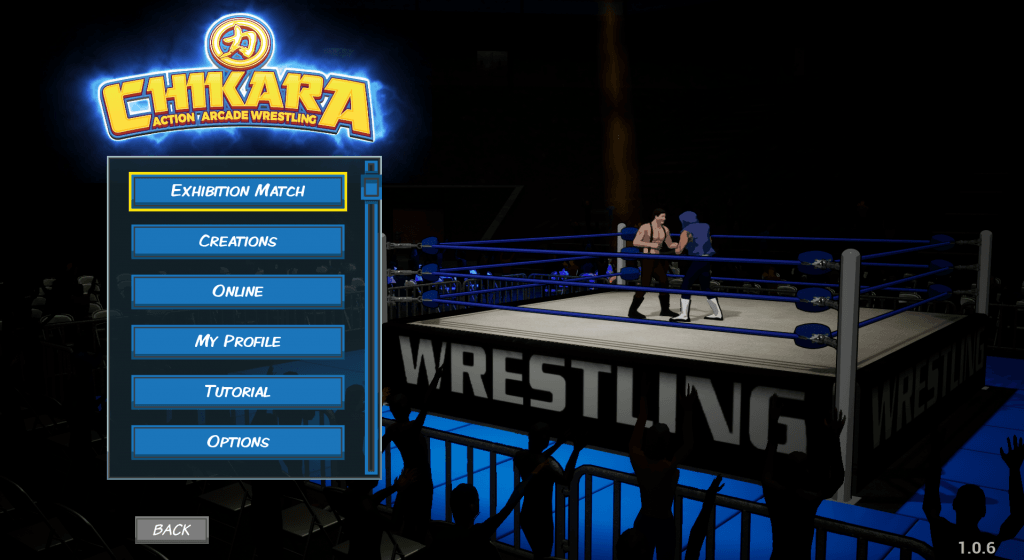 The 4 Main options are:

You know this mode if you ever played a wrestling game. Its the one I tend to go to when first loading up just to get an instant taste of what’s to come. It has a lot of options to choose from with modes such as classic 1 v 1, Tag team, Three-way, four-way, Battle royal and almost all other types of matches you can think of.  It really has covered all bases but I do HIGHLY recommend doing the tutorial first as you can feel, at times, a little too far out of your league. 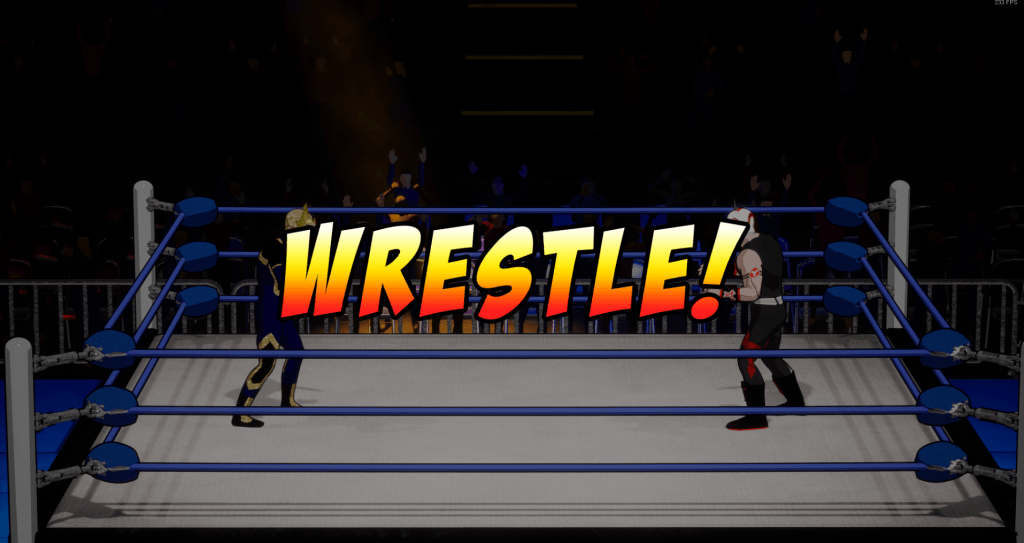 oh Hell yeah! Ever wanted to create a Stone Cold Rock Warrior? CHIKARA: Action Arcade Wrestling has a free Wrestle Factory Creation Suite that lets you create your own wrestler. It has so many options you will have to check them out for yourself but you can create anything you want including face mapping which basically, you can create YOU as a wrestler. How wild is that? 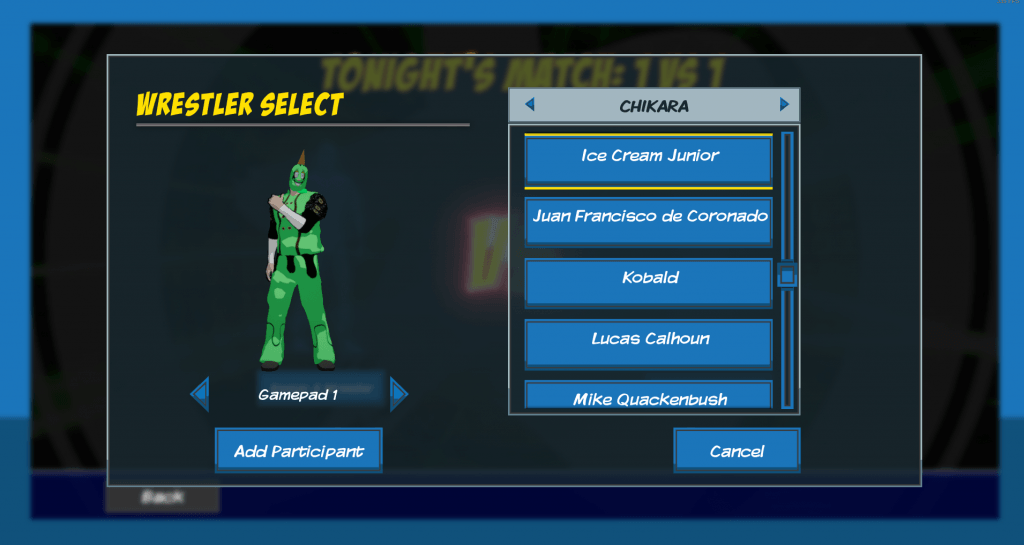 This is something I have yet to try as I have been unable to find an appoint. I’m gutted as you can have a slobberknocker for up to 10 people from around the world which screams out some online fun and carnage. I shall keep trying in the hope of finding someone.

This is a must. This is where I learned a lot of the basics and some of the more unique abilities such as powerups and abilities that can happen and pick up during matches. This will help you a lot when going into the main game as they are some ticky combinations to do though after a little while, you will get used to it. For me, it was running and seems to be something I’m not got at in previous wrestling games too. 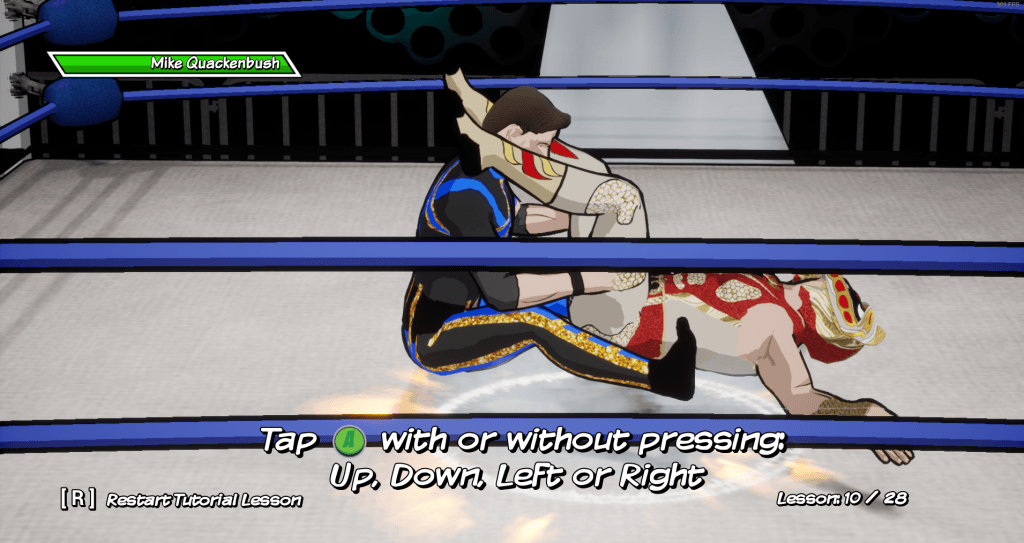 Its Celshaded graphics and bright colours which make this game like an old skool wrestling arcader from the ’90s and its perfect.  Its bold and mad antics really added to the way it’s presented.  This game doesn’t require much of a machine to run it.  I also didn’t encounter any stuttering or issues with the image, it just worked which is refreshing for this day and age of games. 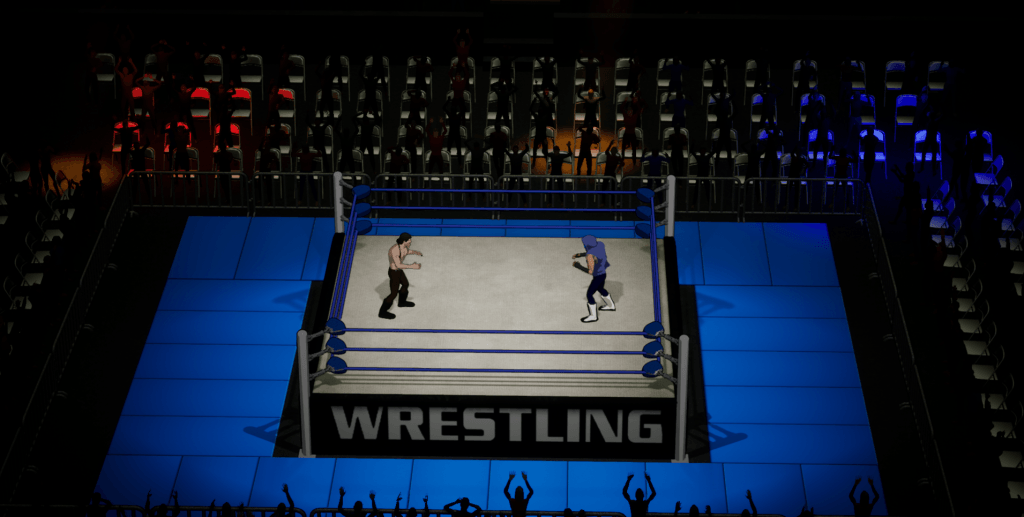 Does the game sound enhance your experience? WHAT?  Can you hear the Crowd? WHAT?

ARE YOU LISTENING TO ME? WHAT?

Ok so maybe there’s no classic Stone Cold Steve Austin chants but this has an indie wrestling crowd to the tee.  It’s loud, its cheering and booing and sums up wrestling.  What else do you want?

There’s some button bashing madness with all match types but I feel I could lose a little steam when it comes to a single-player game like this.  That’s where the Online Play comes in where I really hope more people join us this is a place where it can all kick-off and expand the longevity of the game.  What I like to is that there’s a Local Multiopler too which would be perfect with games night with the boys.  Sits right in there with speedrunners and gang beasts and that longevity along would go on for a very long time as we all need to smack your mates around with steel chairs and pout them through flaming tables right? 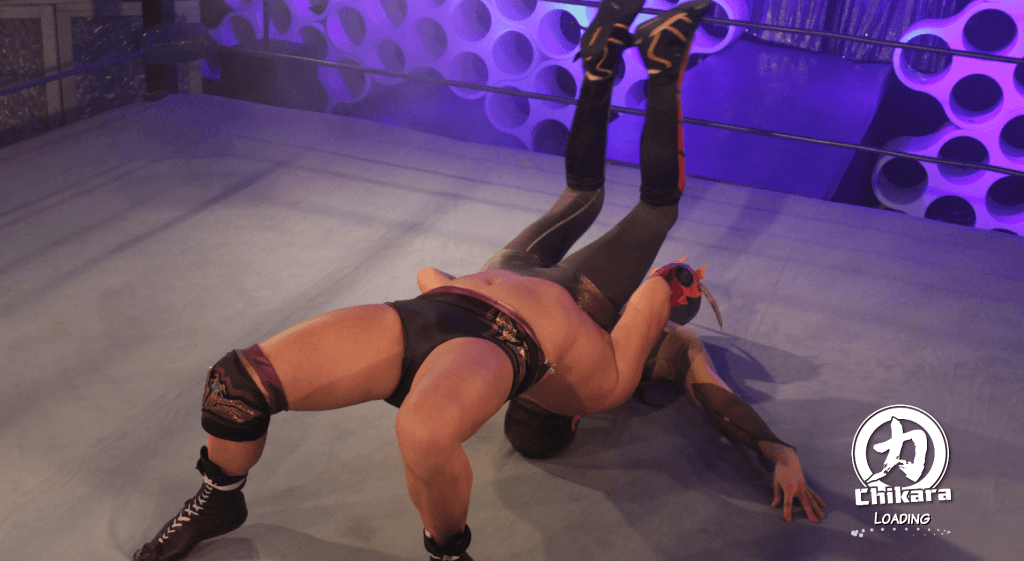 CHIKARA: Action Arcade Wrestling IS the wrestling game I have been waiting for after the slew of WWE games that really hasn’t been great. Sure, Fire Pro Wrestling World is good but its a bit hardcore for those that are looking for some quick-fire wrestling action.  With its button bashing simplicity but allowing you to do some amazing moves along with fighting with your makes.  I hope the Online play gets busy as this game will be doing some high flying manoeuvers off the top ropes. For this, I’m going to give CHIKARA: Action Arcade Wrestling a Thumb Culture Gold Award