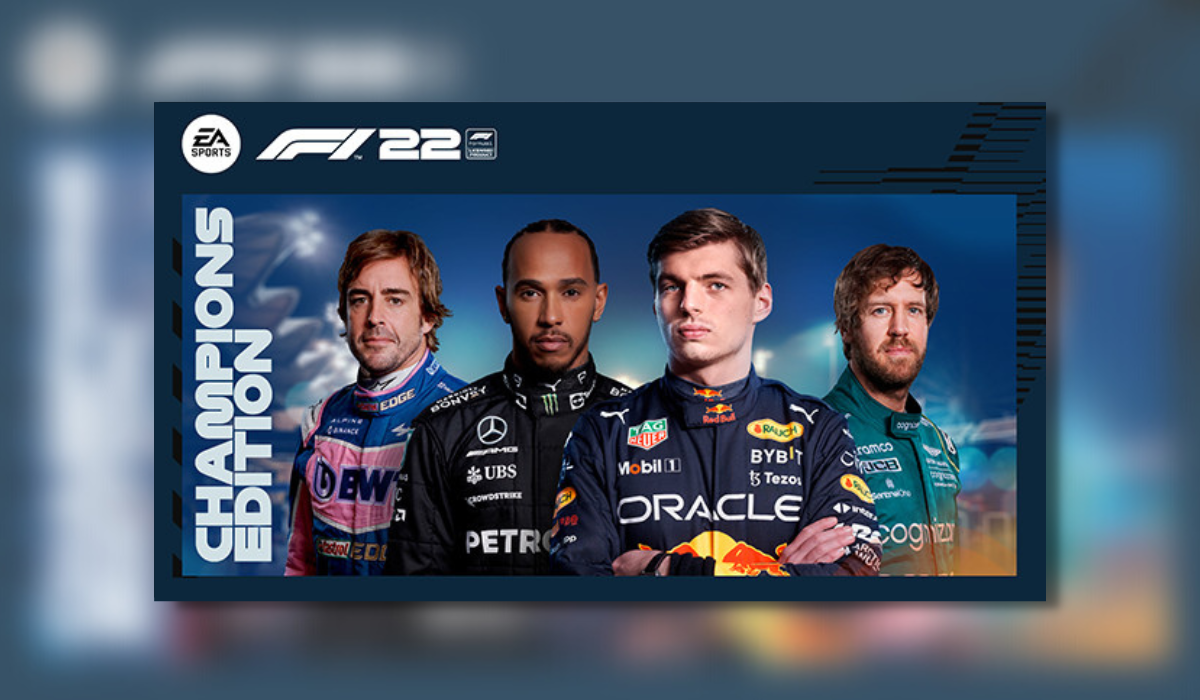 Developed by Codemasters and published by EA, we bring you F1 22. Available on PC, Xbox and Playstation F1 22 is available now.

A Lot Has Changed In The Past 20 Years!

As you can probably guess by the above highlight, it really has been 20 years or more since I last picked up an F1 title. I haven’t really avoided them but they have never been on top of my list to pick up. It could be worse, I could have said the last F1-style title I played was Exhaust Heat. I have no idea what is in store, but having started watching F1 again over the past couple of years I was excited to pick this title up.

I was slightly worried (along with being excited) about picking up F1 22 to review. To be honest, I am not the biggest fan of F1, I just enjoy racing in general. I can’t tell you who has the best cars, But I could tell you who the most diverse driver is? Does that count? Not only this I haven’t touched an F1 title as mentioned above in a long time. However, 20 minutes in and all of that disappeared, I was too busy playing the F1 22 Sims update. Or so it felt, I was creating my own avatar and then moved on to creating my own pad for my online friends to hang out in. From here I also had to choose a free supercar, not a bad life at all.

In terms of the tutorial, for someone new to the franchise, I feel like they would have benefitted from going down the route of some of the other racing titles. With F1 22, you get some voiced-over images, I can’t say they didn’t assist me but some more learn as you drive would have been better.

When it comes to a career there are a couple of options you have the main Championship and My Team mode. My Team mode gives you full control to create your own F1 team, you name it! Liveries, Drivers and upgrades. This gives the ultimate fans the ability to wholly be a part. Such a great addition and I can absolutely see why it gets so much positive press. Moving to the Championship mode you then have the choices of a Solo career or a Co-Op career. I can imagine the latter really testing friendships and families especially if you choose to be rivals!

Jumping into the Championship Career mode there are a couple of more options, you have to choose your season. For me, I jumped straight in and started from the beginning. Choosing my team was fairly straightforward, I knew I wasn’t all that bad when it comes to racing titles, but I am not the best either! I went midground with McLaren. I ended up changing the AI as it ended up being far too easy.

The UI is nice and simple, and from what I have seen it looks almost identical to last year. They have probably kept the design because it works and for a newbie like myself it was easy to use. There were prompts all over the screen advising what could be done and where to go next. Obviously, I went for a look a the R&D section and kicked off some upgrades before the season started. I was unsure what to upgrade, thankfully the inbuilt AI helps out with this one! At this point, I just wanted to play.

I took to the tracks, I practised fully to get the most XP and to assist with the upgrades as you get boosts for each one. Pole positioned on qualifying and then won the race. Not going to lie it felt pretty good, the controls just fell into place and I really started to enjoy F1 22. On top of the career, there is also an abundance of multiplayer content. From ranked online play to split-screen, there is something for everyone. I can imagine couch co-op on this would be pretty epic.

Having said all of this great stuff about F1 22, there are a couple of things in the game that made me think why? The first is F1 Life, as mentioned above unless there is something key to this that will come in a later update it feels a little pointless. All it provides is some bragging rights, but will it actually get much use? Who knows. Secondly the Super Cars, it feels like this should have been left out – Pirelli Hot Laps, included. This is a bunch of challenges, very similar to those of another racing title recently released. When using the Supercars, it feels very lacklustre. I checked it out for the purposes of the review but I highly doubt I will revisit them unless I want the trophy.

On loading F1 22 I knew it was going to look great having seen the titles getting more and more attractive every year. This year is not an exception everything from the F1 Life to gameplay was exceptionally smooth. Having said that, I did experience some screen tearing early on but that seemed to dissipate. The details of the assets that the design team have put months into creating really do shine on screen. I was taken in by the detail that It took me quite some time to get to my first race day.

I tested the audio out with both a headset and speakers to see how well the audio engineers have worked. After all, I do not have high-end audio equipment. So just how good could it sound? Quite amazing is the answer for both. There is a lot of voice-over work on F1 22, both in gameplay and on the menus and cut scenes. Even when there was the sound of the engines roaring down a straight, the voice audio clips were absolutely crisp. The equalising and balance have been engineered to perfection.

Looking at the number of racing modes available and options in terms of difficulties there is so much content to be had. Even more, if you are an avid race fan. From the Career mode alone there are multiple paths to take, from My Team to starting a standard race career in F2 before reaching the F1. There are so many possibilities, which is what makes F1 22 a title for any game that enjoys a racing title a must-buy.

There were parts of F1 22 that left me thinking, why is this part of the game. However, mostly I was blown away. This could be because I haven’t picked up an F1 title in quite some time. But, I do feel that it had a lot to offer any F1 fans who are also gamers. This title is a perfect companion piece for any fan who enjoys the sport and for those who love a racing title. Comparing it to various other racing titles it did feel like it was on rails. However, on this occasion that is not necessarily a bad thing. Did I think it was the best racing game I have played, no? But is it one hell of a racing title, The answer is yes. I award F1 22 a Thumb Culture Gold Award.