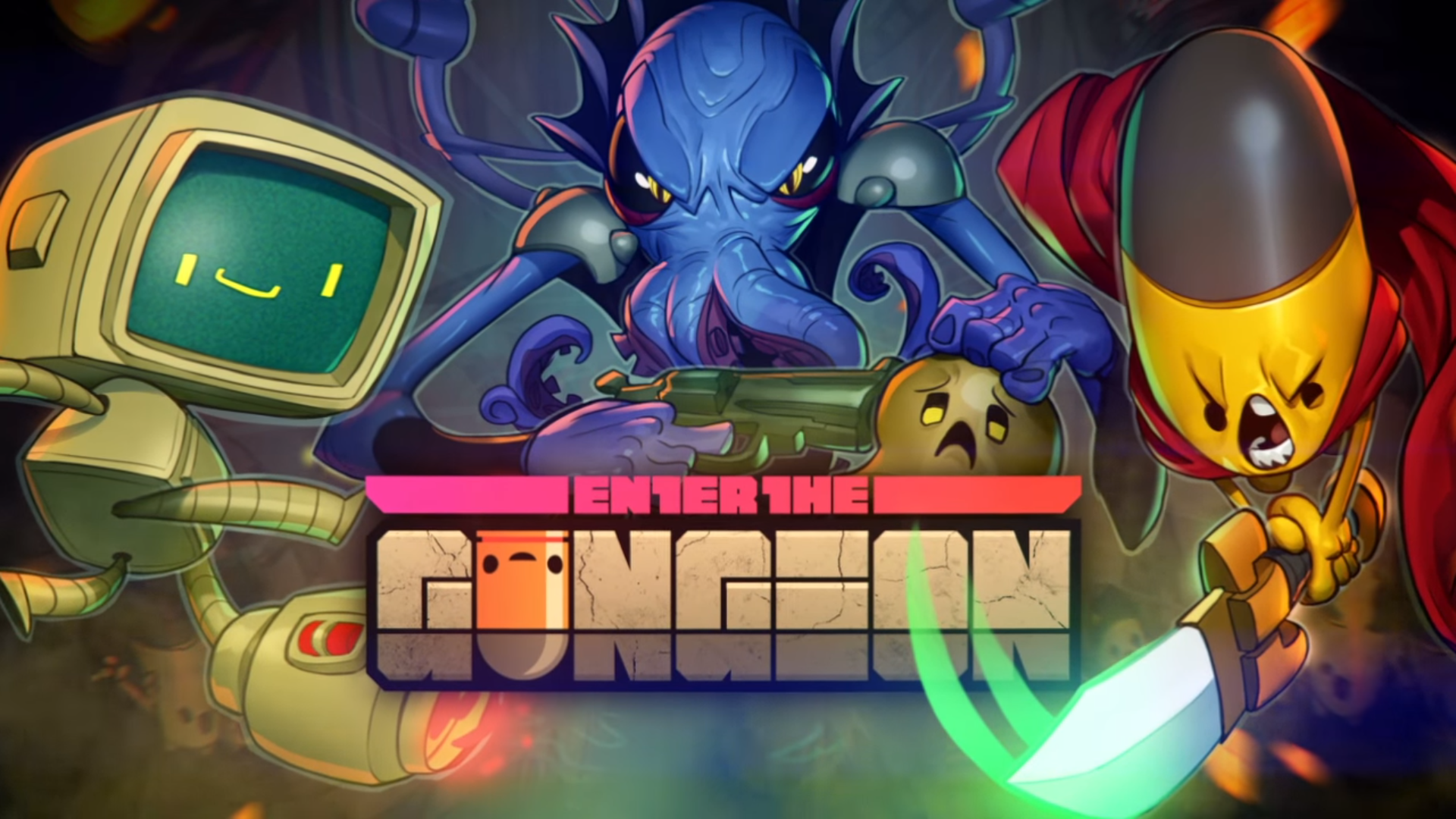 Enter The Gungeon, a title by Dodge Roll Games launched today for the Nintendo Switch after being available for PC, and PS4 since 2016, with an Xbox One version arriving earlier this year.

Being published by Devolver Digital, Enter The Gungeon is a bullet hell, dungeon crawler title with local co-op and single-player modes and finds players taking control of a bunch of misfits as they hunt down the Gungeon’s treasure. The hand designed rooms are procedurally generated and will take note of your successes and up the challenges in the next room

Devolver Digital, and Dodge Roll Games have been working with 22nd Century Toys to get a Nintendo Switch version completed, and it has launched today (14/12/2017) over in North and South American territories, and will be launching on the 18th of December in Europe, with Japan following shortly after on the 21st of December.

You can find the trailer below.