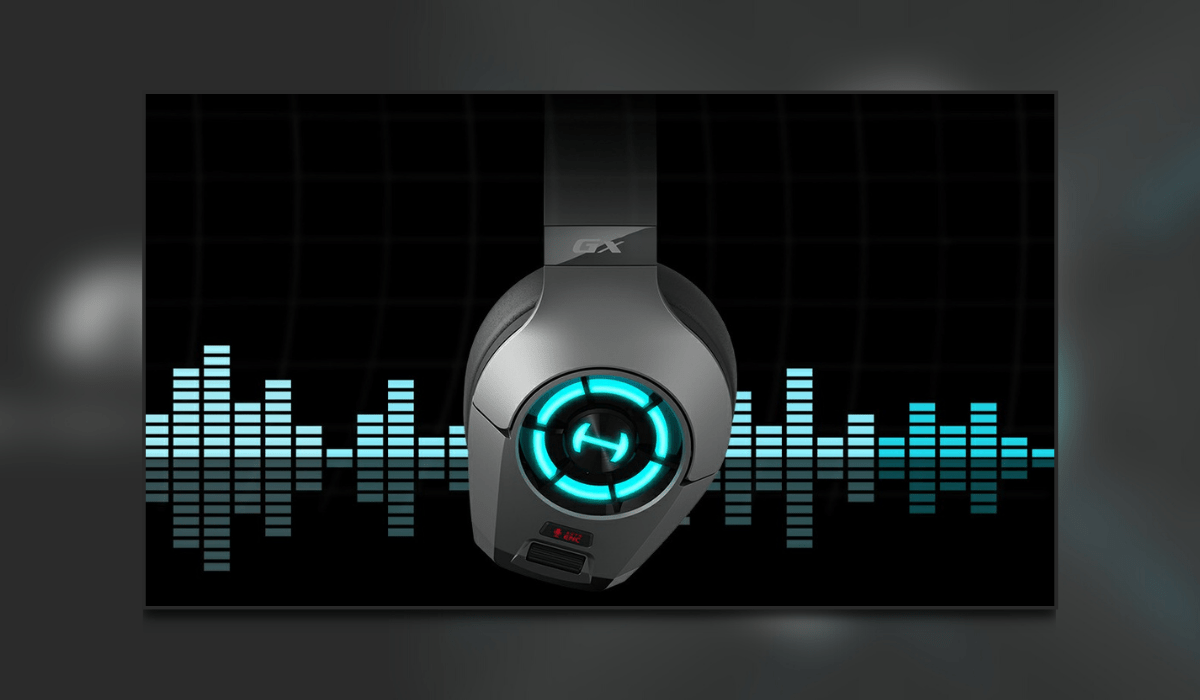 The team over at Edifier kindly sent us the Edifier GX Headset to check out. Now Edifier isn’t the most well known on the market when it comes to gaming. A lot of their products are aimed at home/studio audio. Having said that, they are breaking into the gaming market with some great quality products.

So just how well did they perform? Keep reading to find out how I got on with them. Also, don’t forget to checkout my review of the Edifier GM5 Gaming Earbuds for comparison.

On unboxing the Edifier GX Headset, I was pleased to be holding a product that felt pretty great. Especially considering the price point. The headset is a smooth almost gunmetal silver chassis with an RGB lit logo on each of the ear cups. Providing clean lines with a futuristic cyberpunk vibe. To the side of the headband, you can also see the GX logo laser etched detail, giving the headset a premium look finish.

To the left of the Edifier GX Headset on the earcup, you have various controls and a retractable microphone. So if you are using an external microphone with this headset it retracts nicely into the headset. The controls allow for easy microphone control, modes and the all-important RGB settings.

The Edifier GX Headset boasts microphone noise cancellations, now this is where the headset took a turn for me. Although the microphone was ok in most settings, it felt like more clarity was needed. Although the ambient noises in the background were trying to be filtered out, I did have my fellow gamers asking me what I said on multiple occasions. Having said that, I am comparing it to a high-end equivalent that has a much higher price tag.

Edifier is known for its quality components and when it comes to researching and designing the products for their intended use. They always try and push the boundary. Edifier tries to ensure that you get as much high-quality audio tech as possible for the price point provided. In the Edifier GX Headset, you have a 50mm titanium driver which aids the quality of sound provided. Alongside some of the other headsets, I checked out more recently. The Edifier GX Headset definitely provides you with an immersive audio experience.

In terms of weight, the Edifier GX Headset weighs in at 345g. Not too heavy but not too light where it feels delicate. Having tested them out for quite a substantial amount of time over multiple gaming sessions, I had no issues whatsoever.

From a connectivity perspective, the headset unfortunately is not wireless. However, Edifier does provide you with options. With the ability to use either USB-C or 3.5mm, you can connect them to most devices. We tested them out on PC so can not fully confirm their performance on the console. However, usually, there are not many differences at this price point.

So although I did love what the Headset had to offer, the microphone was just below par for hitting Gold on this occasion. Having said that, the Edifier GX is not a poor headset by far. It has a lot to offer at its price point and is a great build for the next iteration (whenever that may be). I there award the Edifier GX Headset a Thumb Culture Silver Award