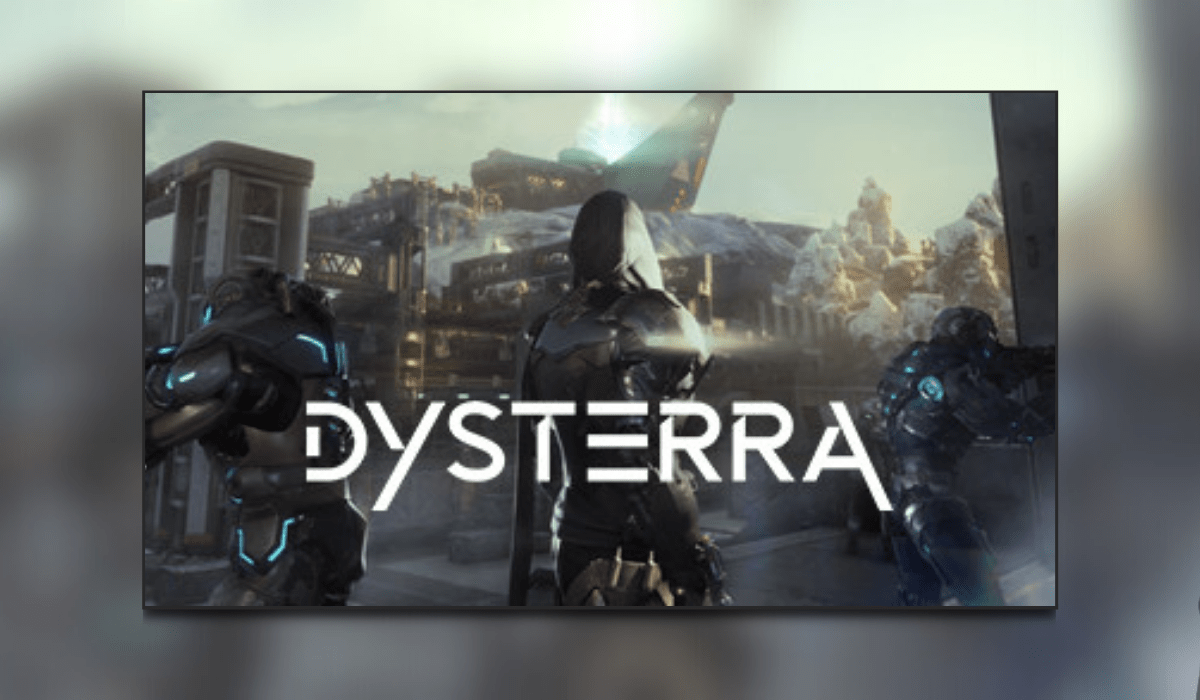 Dysterra is a survival, crafting, and multiplayer open world game currently in development by Reality MagiQ (Space Block Buster, Special Force VR: Infinity War) with publishing by Kakao Games (Elyon, Path of Exile). It currently doesn’t have a planned release date but it recently had a beta test week from November 15th thru the 28th. I was able to dip a toe into the game to see what it’s all about. As of right now Dysterra may only be found on PC via Steam.

For a game not having any sort of planned release date, Dysterra looks dang pretty. But then there comes the question of which is more important to you as a gamer. Do you prefer a game that looks amazing but may not have the best gameplay? Or would you rather play one that may not look great but has outstanding gameplay? I find that for whatever reason it usually seems to be pretty hard to come by both. What’s your favorite game that may not look great on the cover but has content that has kept you playing for hours? Let me know!

Dysterra falls into the category of survival-crafters of similar type such as Empyrion – Galactic Survival, Conan Exiles, and ARK: Survival Evolved to name a few. The premise of the game is that you have been sent back down to the Earth from Orbis to collect a valuable mineral known as Terrasite before the Earth basically explodes. You are given this task against various AI Bots and even other players depending on the server settings. You must gather materials, gear up, and visit Landmarks spread throughout the map to prepare for final departure.

Getting started in Dysterra is simple enough. With your machine arm in hand (pun intended?) you gather materials from the environment and scattered ruins found throughout the map. Rather than unlocking crafting recipes through experience or some type of craft/research tree, basic items can be crafted immediately after gathering the right materials. The next steps to crafting then start with creating a base and placing the first of several crafting stations.

More complex items require materials that are harder to come by. Some of them are forged through another craft station, while others must be scavenged by confronting hardened bases and their defenses. One thing I learned the hard way while playing Dysterra was to not be overconfident (or undergeared) when attacking these bases. Some materials may also be at random orbital drop sites or dropship events. The dropship event is much more difficult though as it comes with a number of bots defending it.

Dysterra also adds in some upgrade trees for your machine arm. Making these upgrades grants various bonuses to things such as healing and gathering. I wasn’t able to play quite long enough to make much use of these upgrades, but looking over them they don’t appear to be game-breaking if you didn’t. Other than crafting better gear from harder to obtain materials, machine arm upgrades seem to be the only way to really track progression other than the arbitrary “fame” stat on the server scoreboard.

I didn’t realize until about halfway through my time playing Dysterra that it had set the resolution at a lower default than my usual 1920 x 1080. However, changing it to my native resolution actually didn’t appear to make things any different or worse either. As far as graphics go otherwise, the game plays really smoothly compared to other games in the same genre. Textures actually looked complete. The only glitches of note for me were some blades of grass poking through the foundation of my base. That seems to be a common enemy of most base-building games though.

My main gripe about the graphic style in Dysterra is that it doesn’t feel overly unique at all. Items and environment feel all too familiar. If you had asked me what I was playing just from looking at the game, I would probably say something like Empyrion or even The Repopulation. Models and icons just seem basic, especially in the earlier game. I also wasn’t terribly keen on the fact that the ruins scattered about to scavenge from only had about two or three variations. Hopefully this is something that Reality MagiQ will be able to beef up closer to release.

Audio in Dysterra also felt basic. I heard a boom when things went boom, heard a bot when it was walking around nearby. If there was any music in the game though, that I did not hear any of at all. I thought I would at least hear some soundtrack come in when I was intruding upon a base. But then there was nothing.

Dysterra boasts single player, official servers, and custom servers. Single player had various sliders to adjust when first starting out such as harvest amount, resource regen, damage levels, etc that could either increase or decrease the rate of your gameplay. (Even with resource respawn rates set to 1 though it seemed like everything was respawning way too fast.) I could see this game picking up a decent following from a number of fans of the genre on the official servers, but I honestly don’t feel like they would stick around very long. The game has a cool storyline, but until it gets a bit more interesting gameplay I just don’t think players will spend a whole lot of time in it.

Honestly, it is probably a good thing that Dysterra doesn’t yet have a release date. The game is alright, but it needs a lot more time to cook before it’s ready to serve up to the masses. Fans of the survival, gather, craft, and base-building genre may want to keep an eye on how things develop. But in the meantime there are many other games of the type just as if not more fun available right now. Add it to the wishlist and check in a couple years from now maybe.