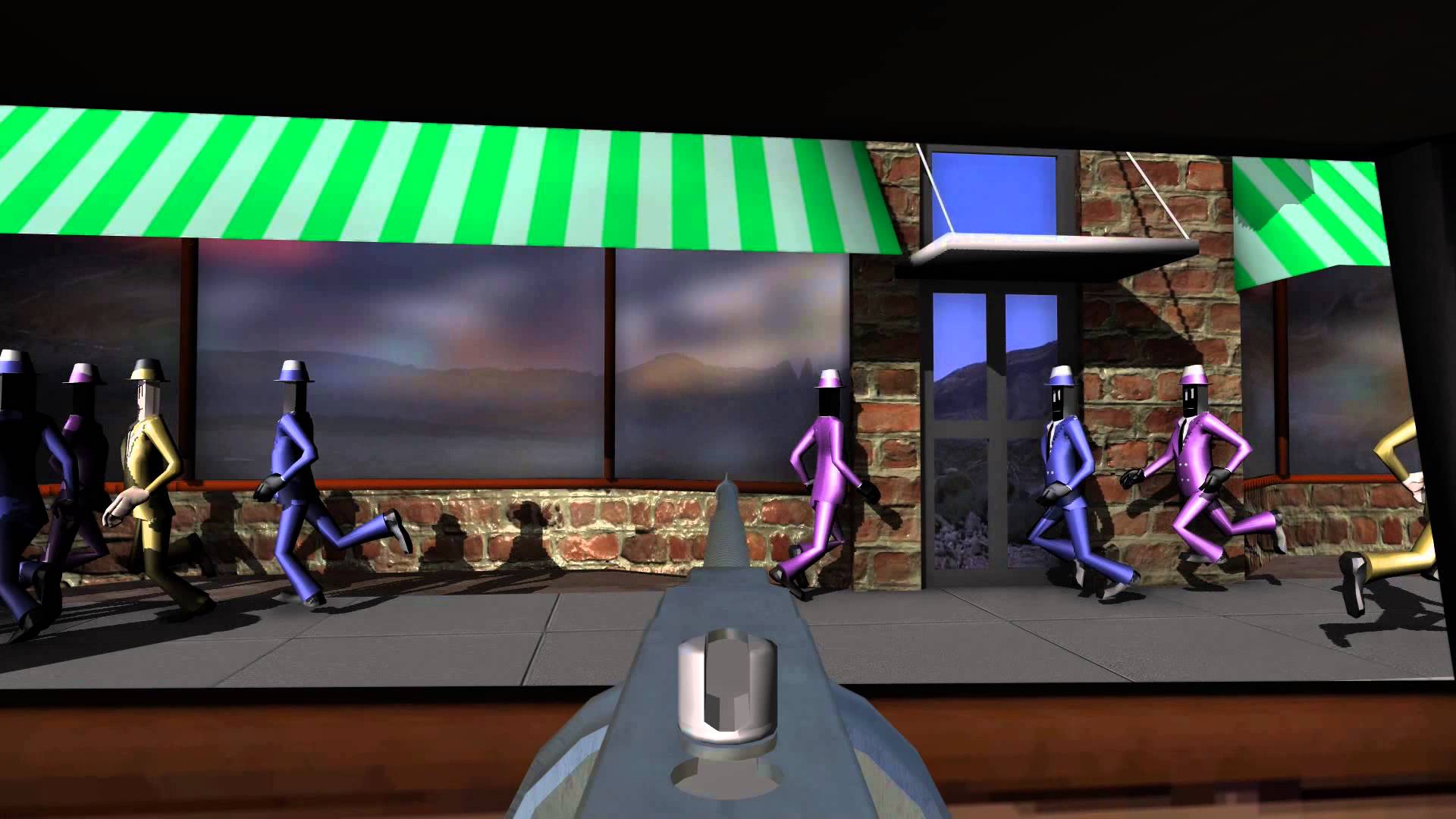 Driveby Gangster is a Steam Greenlight game belonging to Verto Studio LLC. There’s a reason the Greenlight system was shut down, and games like Driveby Gangster are prime examples as to why it needed to go. What makes it so bad is completely beyond me, there’s no way of explaining it. The game manages to transcend awfulness and go straight into numbingly dull very quickly.

But that’s not to say the game doesn’t have some enjoyable moments to it. No, for the first few levels do provide a slight amount of enjoyment. It’s horrendously comical but in one of those slapstick ways, similar to that of Surgeon Simulator, but without the proud sense of satire or half decent graphics.

You are a gangster strapped mercilessly into the passenger seat of a car with what seems to be a Great Depression era Tommy gun sellotaped to your godlessly invisible wrists. Kill anyone that’s red and try not to kill anyone that isn’t. That’s as far as the story honestly goes, and to give credit where it’s due, story isn’t really a necessity in a game like this. Similar veins to this genre like Postal 2 and even Hatred, use stories as more a formality to violence than anything coherent. My point is that the story is simply nonexistent.

In place of a story explanation, let me tell you of a few problems around this game. One of the biggest for me is that the game crashed before loading every level, every time. I counted. I had to replay four levels, and there are thirty levels total. The game crashed thirty four times. There’s a total of about four maps in the game, one of which is just an extension of the third map which we don’t see until about ten levels before the end of the game. In regard to weaponry, you get one weapon that you can’t change out, upgrade or change in any way, shape or form. Some variety would have been nice, even if it was just for aesthetic purposes, but it was simply not to be. 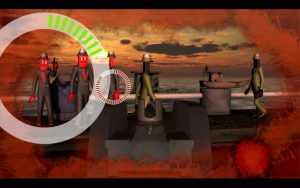 What starts out as some mindless fun to enjoy a Saturday afternoon with, becomes a frustrating game of patience and luck. Limited amounts of game mechanics, and by limited I mean two, are thrown into the game almost at random. By the halfway point you’ve seen everything you’re going to get.

Some mechanics are solely for one level, which is odd considering how brief each level is and how few of them there are. Thirty short levels in total in an on-rails fashion, lacking the ability to replay the levels along the way. A handful of these levels do have some minor satisfaction to them. Between picking off one target in a large crowd and not hitting any civilians to mowing down a level that is solely full of enemies. But these levels are few and far between, especially in comparison to the more obnoxious of levels. One level decides to implement the bad lighting as a design choice, with the ability to see clearly completely taken away. Another just puts fog everywhere and makes it impossible to see where the targets are unless they’re shooting at you.

Yes, on rare occasions when targets do shoot at you, you can take a total of three shots before you die. This doesn’t sound too bad, but the time between loading the shot and firing for enemies is long enough to notice but short enough to lack any ability to do anything about it. Sure, you can speed the car up, which to be quite honest was one of the few additions to this game that I enjoyed, but by the time you’ve sped up you’ve driven past your target and he’s now taking pot shots at you with a pistol.

It’s like a cross between a bear choking on a broken Stella Artois bottle and the viciously obnoxious sounds of Lloyd Christmas in Dumb and Dumber (1994). An infinitely looping thirty second piece of menu music from Kevin Macleod, and that’s about it. 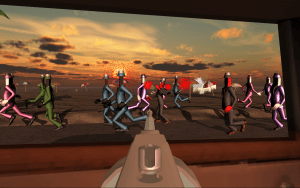 Graphics are never the be all and end all of games. Apart from the fact that Driveby Gangster looks like something that was mangled in a meat mincer, I was willing to give it a chance. For how basic the game is, this simple graphical style was expected. What I thought would be charmingly poor turned out to be genuine incompetence. The first few levels may fool you into thinking this was merely a design choice, to make everything look comic detracts from the harsh reality of drive-by shootings. In reality, it only adds to the sullen feel of condemnation, confusion and incoherence.

By level fourteen or so, the game decides, without much thought, to switch to a black and white colour scheme for the remainder of the game. Bearing in mind it takes roughly twenty minutes or so to reach this point, you’re in for a long ride. I’m not sure if it was an artistic choice or just so that the developers wouldn’t have to colour anything in, but either way it looks horrific.

There are graphical problems everywhere in this game. They’re rampant. Sometimes the sky will go red and I’m not sure why. My only cognitive thought at that point was that the blood of all the red gangsters had killed had seeped into the atmosphere and created some sort of ominous hellscape. Some levels try and capitalise on this lack of graphical quality and they always fail to do so.

What disappoints me the most about this game is that the concept to it is actually very fun. A bloody simple concept that could have been the next big thing. With a bit of variety and a spruce up of the graphics this could easily have been a guilty pleasure of a game. Sure, it’d be niche and there’d be a couple people critical of it being nothing more than “Grand Theft Auto contained to a passenger seat window”, but other than that, an untapped goldmine. I suppose if realism is your thing this game isn’t for you, especially considering that all of the characters seem to be literally made out of paper mache.

With that in mind, you can probably see what this review has been leading up to. Unless you can get this game for free or very heavily discounted, then there’s no real reason to play it. You’re not missing out on anything, as I thought I may have been. A game you can complete in under two hours with no real replay value beyond playing “shoot up the most pedestrians”. You will die in this game, not because you’re not skilled enough, but because the game clutches at straws to make the game harder. Let me give this game a piece of advice. More enemies doesn’t necessarily mean more difficulty. Unless the intended difficulty was to overload the game and make it crash.