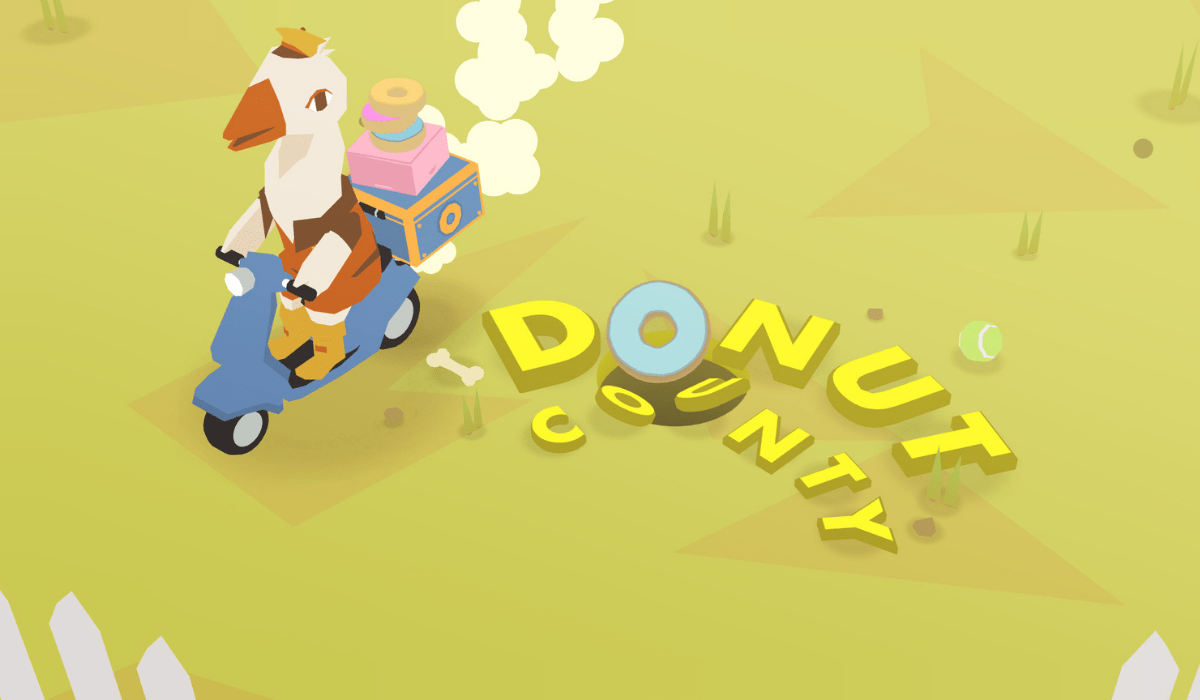 Welcome to my PC review of Donut County. Ben Esposito (Tattletail) is the developer of this puzzle game. The publishers are Annapurna Interactive (Outer Wilds, What Remains Of Edith Finch?). In Donut County the player controls a hole in the ground, swallowing up everything in sight. This game was actually spawned off of a game jam idea. Of which the idea was initially created from pitches from a parody Twitter account of well-known game designer Peter Molyneux. It is also inspired by franchises such as Katamari Damacy and Hopi figurines.

Donut County is a recent addition to Xbox Game Pass for PC. It’s also available on PS4, Nintendo Switch, Xbox One and also MacOS. I thought I would give it a go as a friend recommended it to me. Is it worth checking out or just another to add to the dusty digital pile? As always, if you like this article, check out my previous review here.

We start the game and are introduced to the two main characters in the game. Mira is one and the other is a raccoon named BK. The game starts with an SMS conversation between Mira and BK talking about the noise outside of Mira’s home. Soon enough we’re controlling a hole in the ground, swallowing up all around us, including the culprit on his little scooter. The gameplay is simple enough, you need to get all the items in the levels into the hole. Starting with the smallest items which then allows your hole to expand to swallow bigger items.

I did like the story in Donut County. What is causing all of the residents of Donut County to live quite some distance underground? We soon find out about a mobile app where people can order donuts. This is presumably what causes the holes but we do find out during the story. The game isn’t too long (more below) but it is enjoyable enough if you play via a service such as Game Pass.

The levels do change the location but the gameplay is basically the same throughout. There are some slight deviations from the norm when you have to launch things back out of your hole to hit buttons, rocks or water wheels above your hole, for example. This helps you progress through to the next area of a level, or, the next level completely. The puzzles aren’t too complex but just enough to make you feel like you’re actually doing something different other than moving a hole around a level.

Level design is nice though, I did enjoy the variety of levels through the location of Donut County and I believe the locations are based on songs from Bruce Springsteen. Pretty Cool.

I did happen to notice that no achievements popped for me on this game, both during and after I had completed it. I had a look just to see and there were definitely some that should have popped up as I definitely actioned those challenges. These are all mostly story-based and shouldn’t be missable. Not sure if these were a bug with the game, the Xbox games service on Windows, or just my computer in general. Other games are fine though.

There was also a very annoying point in the game where it has something in a level which completely came across to me as a dead pixel on my screen. This worried me for a while, haha. See below for what I mean, looks large here but it’s a perfect size for it to come across as a dead pixel. I do apologise for the low quality of this image, I had to zoom in to the screenshot to show off the black spot properly.

The graphics are charming enough, they’re clean, smooth and the animations are nice. I like the way things fall apart when you break them down a little, I feel that a lot of thought has gone into that. I had no frame rate issues at 1440p on PC.

Audio in Donut County is rather pleasing, a nice soundtrack with matching sound effects. They’re not top-notch, but, they go well with the game and its setting.

Donut County is actually a rather short game. Even taking a leisurely stroll through it will only see around 4 hours of gameplay. To be fair, I think that’s a good length for a game like this. The reason is that it does feel quite repetitive during the short time you’re playing the game, in my humble opinion.

I think Donut County would have seriously disappointed me if I had not played it through Game Pass. However, I do feel Ben has done a great job with the game. It’s humorous and I did laugh a few times during the story and at the dialogue of its characters. It’s just a shame I was left feeling a bit underwhelmed when I arrived at the end of the game. I give Donut County a silver award. 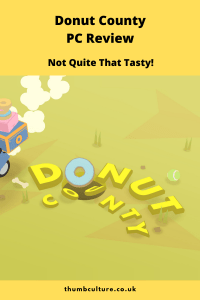