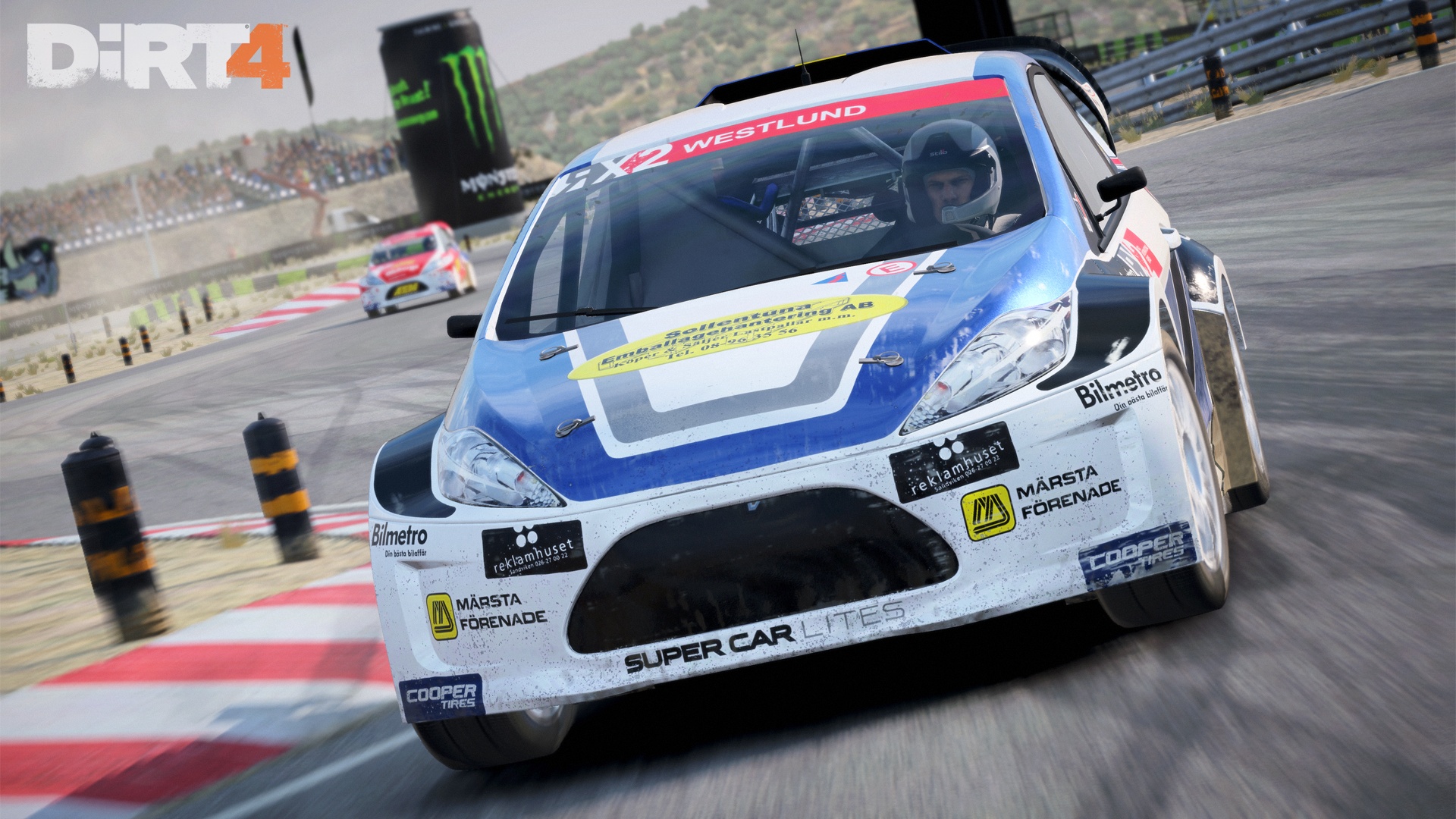 With DiRT 4 around the corner (June 2017) some more information got announced today regarding special bonuses and here at Thumb Culture we thought we would give you a round-up of what you could expect.

Day One Edition – If you pick up the Day One version of the game you will get your hands on an exclusive Hyundai R5 rally car as well as a unique event when the game is released as well as a Founder Icon. 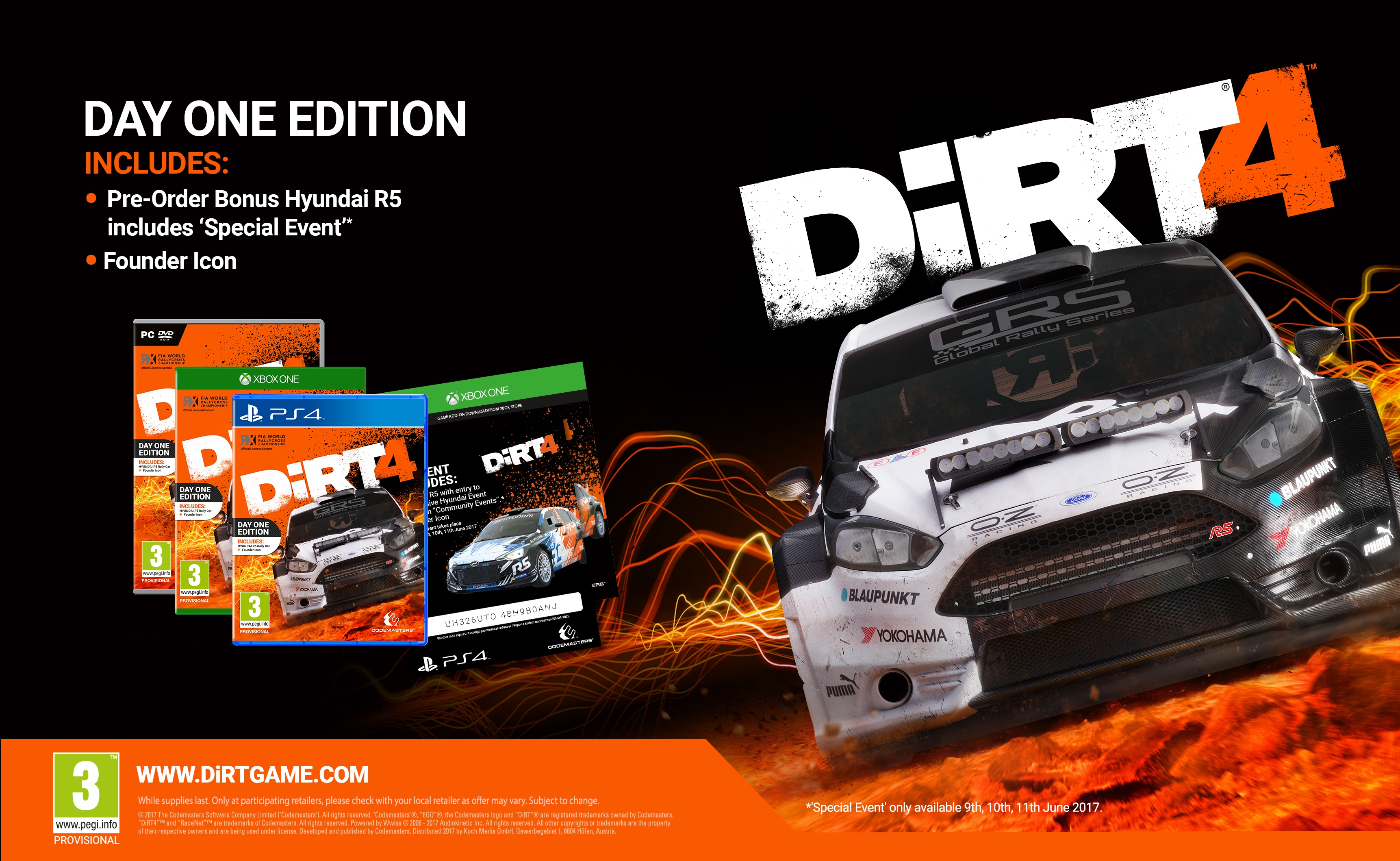 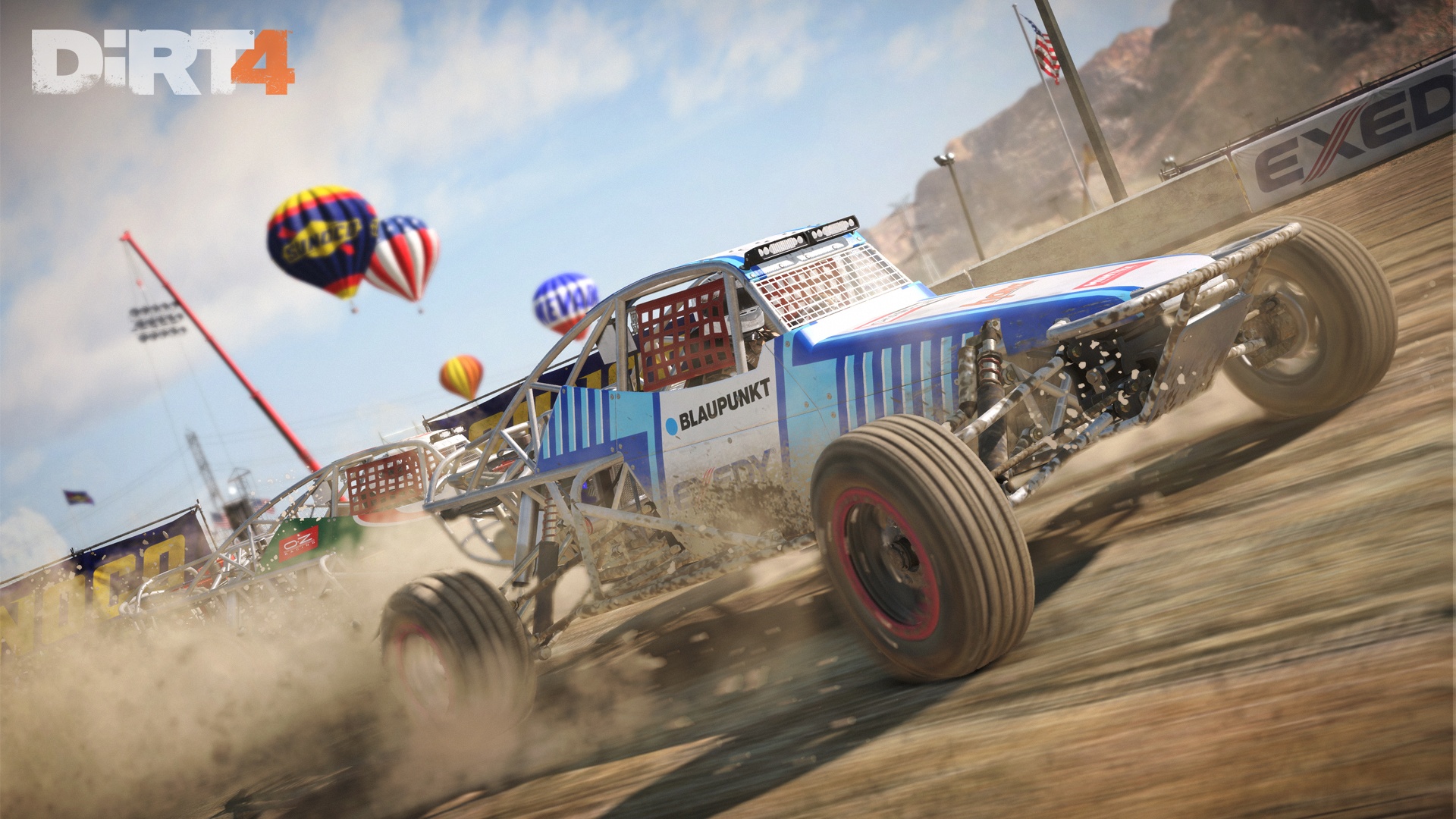 GAME has its own Special Edition that contains all the Day One Edition goodies as well as a Team Booster Pack that will give you a unique offer when choosing your team for career, along with staff and facilities bonuses’, along with a steelbook option which includes the Day One content inside a limited edition steel box. 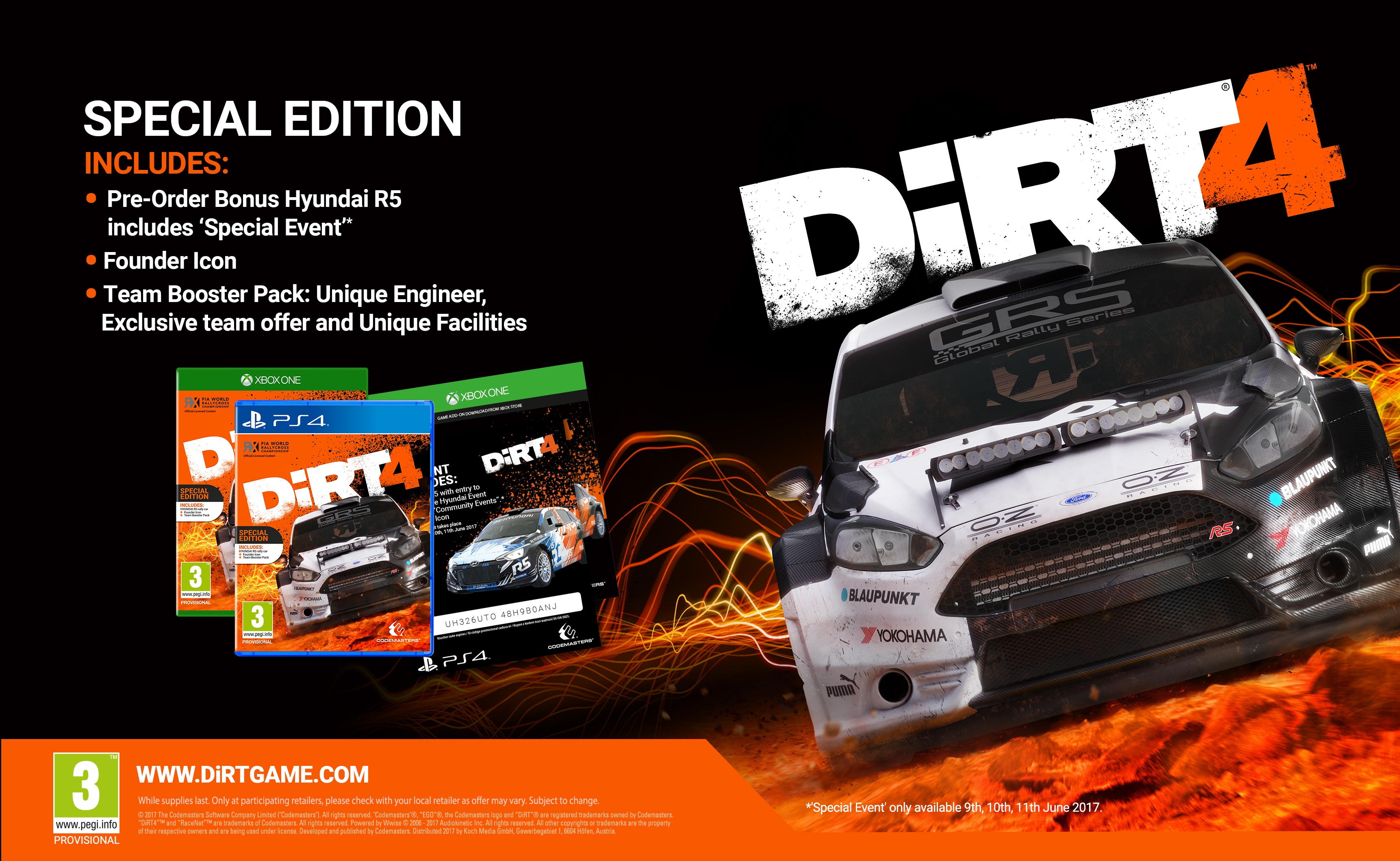 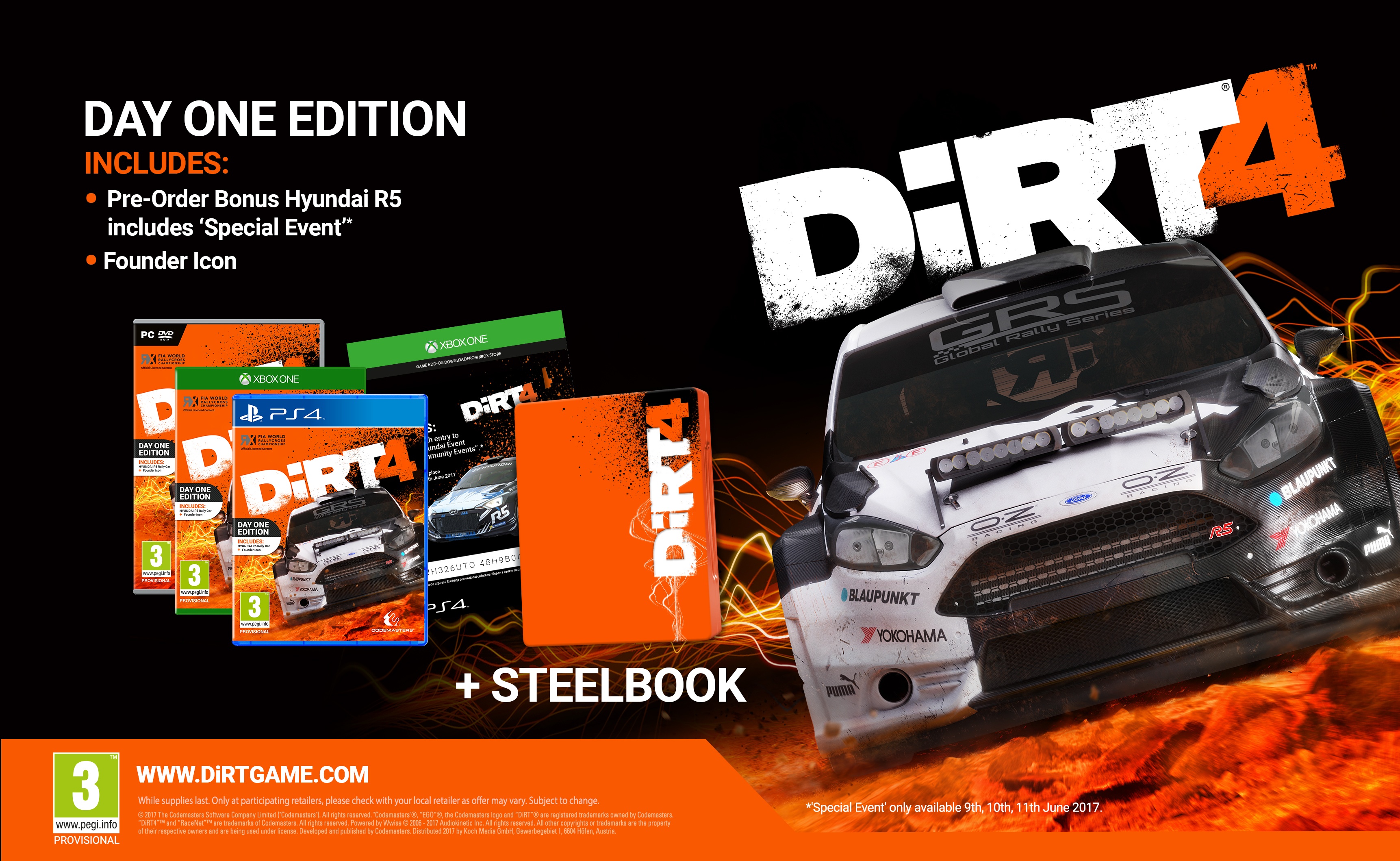 So to give you a bit of an update as to how the game is developing, Petter Solberg and Kris Meeke have both been involved with the development of the game and they give their thoughts on the Your Stage section of the game, check out the video below.

Your Stage is something that we have been working on since the launch of DiRT 3 in 2011. It allows players to generate an almost infinite variety of stages at all of the rally locations in DiRT 4. It’s a revelation as now our players will get the thrill of driving a new stage whenever they want.

It is extremely simple for you to create a stage but, behind the scenes, we have an extraordinarily complex series of rules and algorithms that put these routes together. Your Stage creates such a huge variety of routes, some that we would never have thought of crafting before, and they’re amazing to drive. 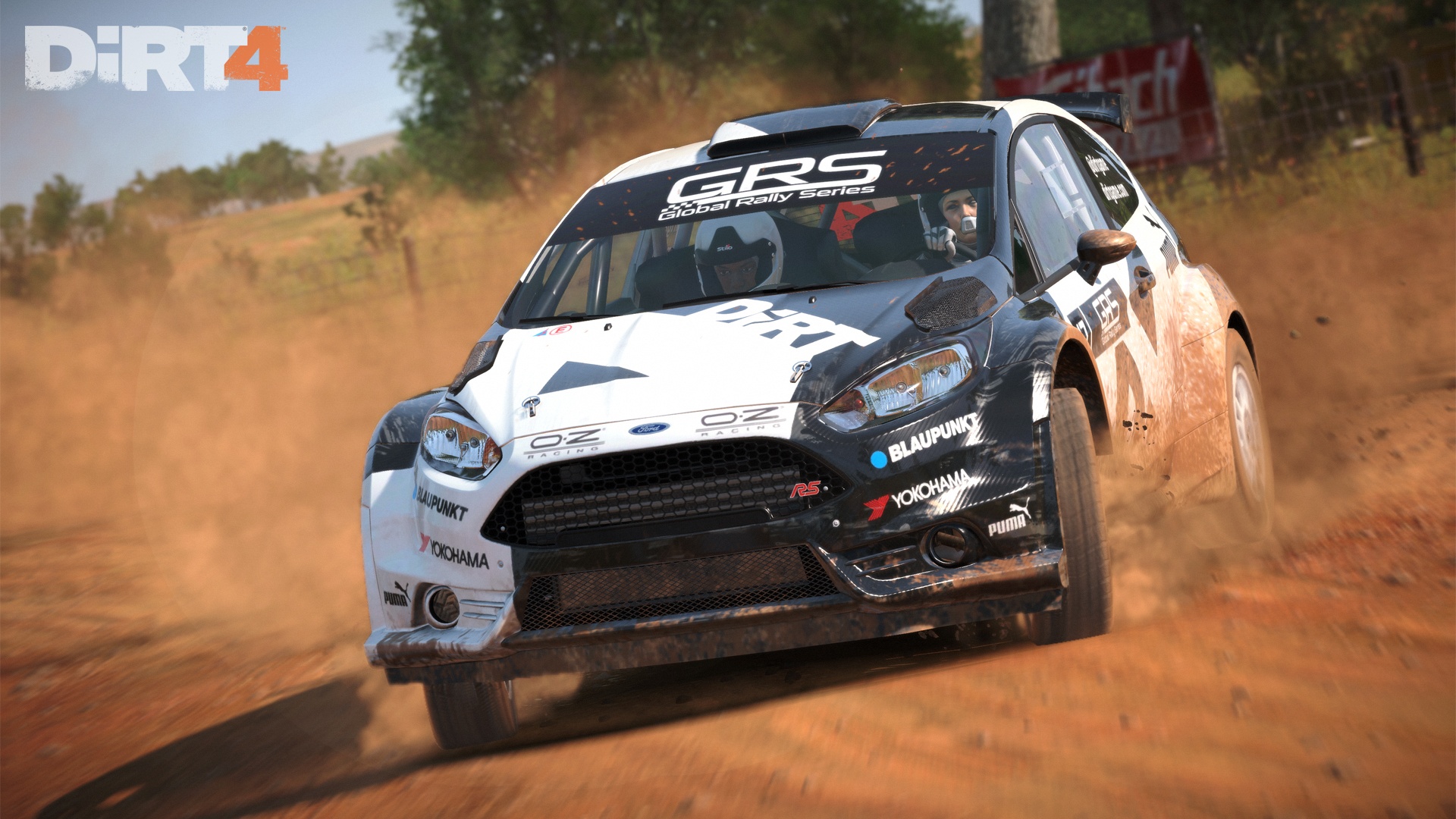 Your Stage essentially is a custom track generator, where you just pick a few simply options, including location, time and weather, then pick the length and complexity of the route and the game generates a unique track. You can then share them with your friends and lay down the gauntlet and see how fast you can go. DiRT 4 will head onto the PlayStation 4, Xbox One and PC in June 2017.