Codemasters are releasing Dirt 4 this coming June on PC, Xbox One and PlayStation 4 and its looking amazing.

As someone who spend a lot of hours playing Dirt Rally and still can not get to grips with the cars I have to admit that the announcement of this is filling me with warm tingly feelings.

The one thing that dissapointed me about Dirt Rally was the lack of content. A handful of cars and a splattering of tracks just seemed disappointing and then the reveal that no DLC would be added to the game at a later date lowered my spirits even more.

But lo and behold Codemasters have come back at us with Dirt 4, a fully fledged sequel to Dirt 3 (obviously) and as such it carries the official FIA World Rallycross Championship license, including settings such as Lohéac Bretagne, Hell, Holjes & Lydden Hill, while it’ll also introduce dirt track racing in buggies, trucks and crosskarts. 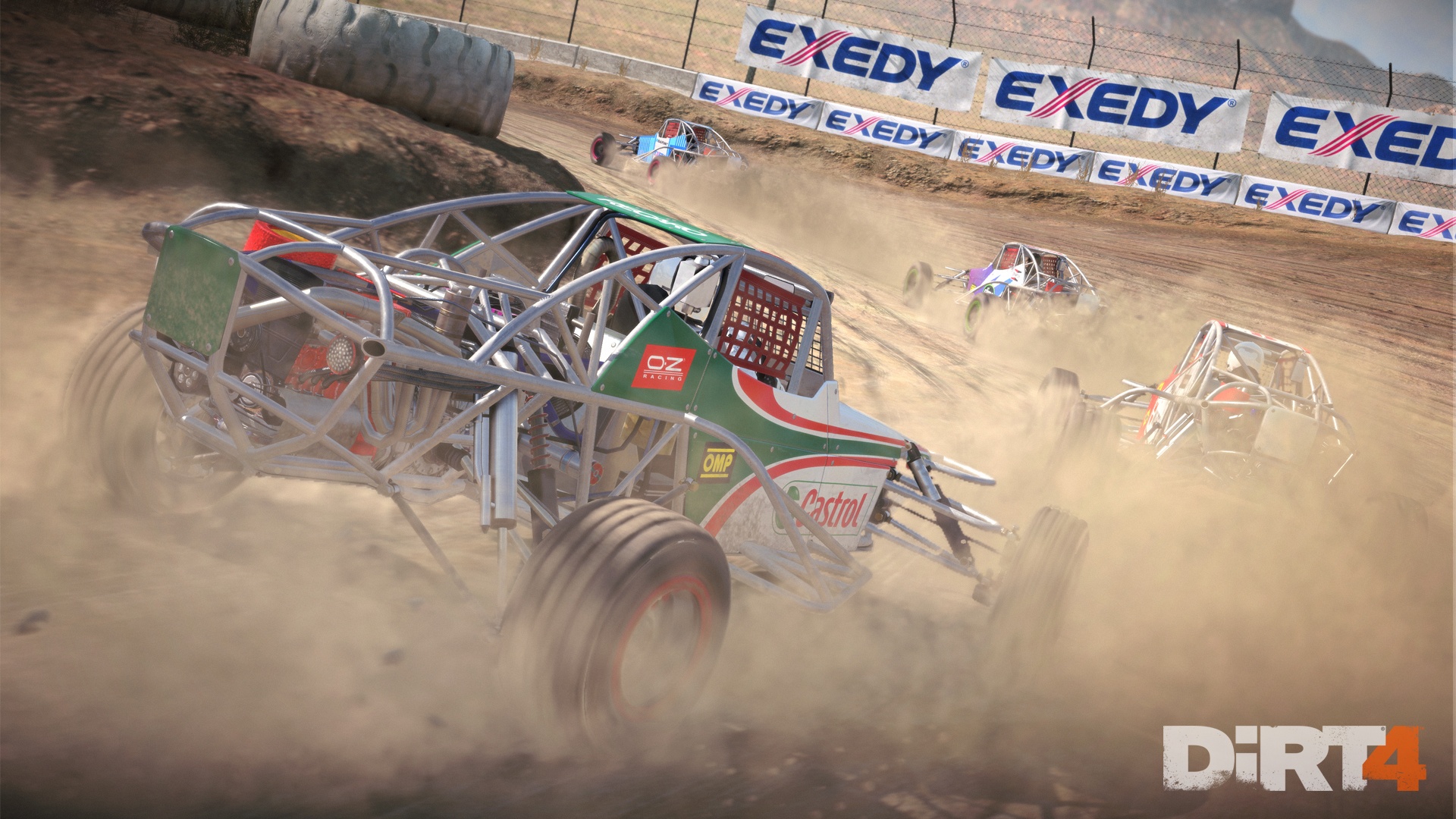 Dirt 4 brings us 5 locations, including Australia, Spain, Michigan, Sweden and Wales and a mode where you can define certain parameters and the game will spit out a generated track for you to race on and share with your friends. As well as a career mode and improved multiplayer. The release date is currently set for 9th June for PS4, Xbox One and PC.