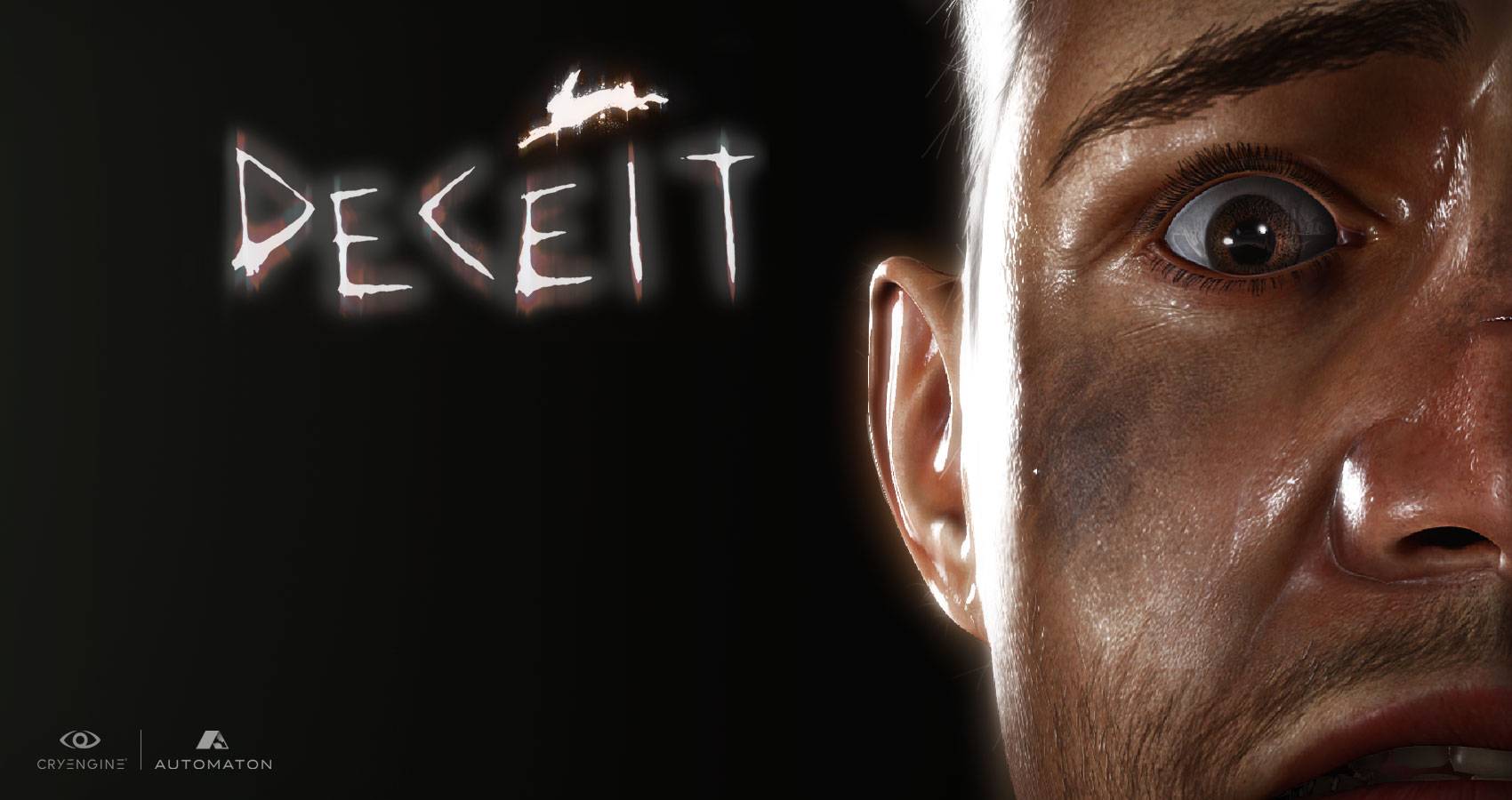 Deceit is what you’re doing when you cheat somebody by concealing or misrepresenting the truth. This game involves a little bit of that, but mostly shooting your teammates who haven’t done anything wrong.

The original concept of Deceit is simple. A team of people exist in a world somewhere and roughly a quarter of them aren’t who they say they are. They’re the bad guys in disguise. So, while they are taking a lot of precaution to make sure you don’t find out who they are while they position themselves to murder the rest of you, your job is to figure out who is who, and murder the ones that are bad.

As far as the graphics and audio go, it’s pretty basic. One handgun, a shotgun, all simple enough designs that get the point across. You aren’t going to see anything out of the ordinary here, and it feels like it might be just grabbed assets, I can’t tell for sure, but, reinventing the wheel isn’t really necessary when your items are blood bags, shotguns, and pistols. The skins are all nice, but the addition of microtransactions on a game you pay for out of the gate is something I can’t really appreciate, however, you CAN earn in-game money to pay for them, so, it’s not unforgivable to allow people the option to make their character look cool for a bit of extra coin.

The major issue with Deceit isn’t the premise of the game, the premise is excellent, but, because everyone knows there are secret undercover badguys, everyone acts very suspicious of each other the whole time. If there was a whole game to be played and in 1 or 2 matches out of 6, having a guy infiltrate your group just to turn into a monster and kill everyone, it would be FANTASTIC. I understand that’s just an arbitrary limitation of making a game, but, it’s like “The Thing” except everybody knows at the beginning of the movie that “The Thing” is out there. Knowing there’s already someone coming for you limits the game a bit, but honestly, being the monster is still excellent and fun. If you catch someone off guard, even if they see you, and you’re playing against a group of people who do not coordinate or communicate well, you end up beating opponents as a killer.

The new additions to the similar format from Trouble in Terrorist Town are bloodbags, some traps which vary in effectiveness, and the idea that a monster cannot die without special items or being voted off by a large portion of the enemies. The lights turning off mid-round, giving you the ability to transform is VERY cool, because it makes situations tenser, and not being able to see gives plenty of room for your monster to appear. The bad part about changing your clothing from default stems from this – if you’re very unique looking, when you’re nowhere to be found and the monster attacks, people will tend to notice. This forces the best players to end up dressing default to create an anonymous player base which increases the difficulty in determining who is the monster.

If you love Trouble in Terrorist Town, you’ll enjoy yourself playing Deceit, but, it has a low population, and you miss out on all of the other activities you can get into with something like Gary’s Mod. Gary’s Mod has nearly 52,000 players in the last 30 days, against only 107 on Deceit. But, like I said, there’s tons more to do in Gary’s Mod. If you’re looking for exclusively Trouble in Terrorist Town, those numbers drop significantly for Gary’s Mod, but I’d suspect nowhere near as low as Deceit.

For 10 bucks, it’s a pretty fun game, but, you might want to stick to playing it with friends. It could be really fun with a group all invested in working together… or, at least, murdering all of your friends while they think you’re working together.