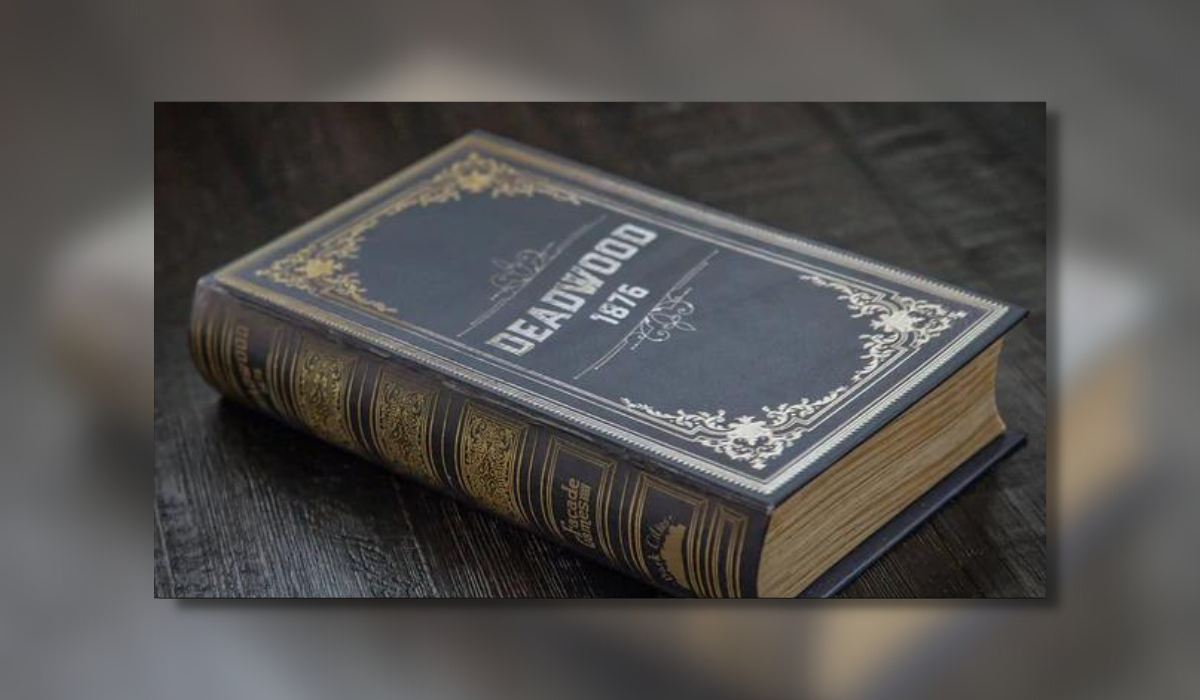 Designed by Travis Hancock and published by Asmodee China, Facade Games. Deadwood 1876 is a card game that pits you against friends to unlock safes and take as much gold as you can without dying.

Thanks to our friends over that Facade Games we got the opportunity to play one of their card games and it wasn’t a disappointment. There’s something of a kid in all of us when it comes to playing card games. Throw in some dice mechanics and a theme of the wild wild west and you got yourself a winner.

If you enjoyed this review, why not check out my latest one here. You can also catch up with what the rest of the Thumb Culture team is up to on our social media. 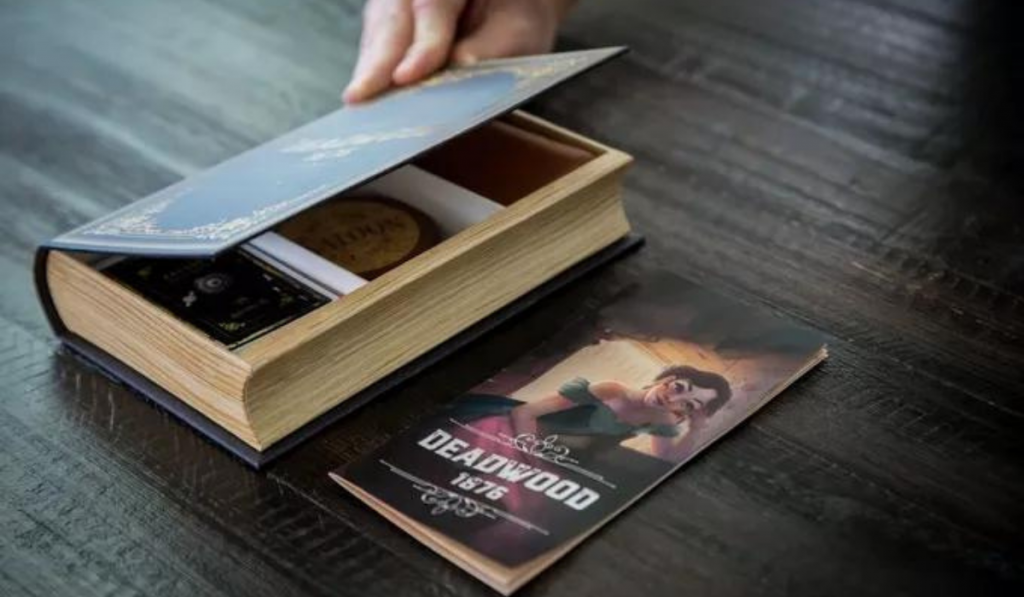 Deadwood 1876 is a game that right of the bat lets you know you’re in for a quality game. The case that holds the contents is absolutely stunning. It comes in the form of a case that looks like an old fashioned book from the 19th century. It really is truly stunning and looks great on a bookshelf. Even better if you have the other games in the series because they line up really well.

For such a short game (well it can last around 15 minutes). It can take around 25 minutes to learn and get used to. Don’t let that put you off because once you get the hang of it then one game turns into two games and then three games. It never is just one game with Deadwood 1876 as there is great replayability.

I have played the game with 2 and 3 players but have not had the chance to play with more. The game can be played with up to 9 players but the deception is chaotic with just 3 players. So I can only imagine what it’s like with 9. 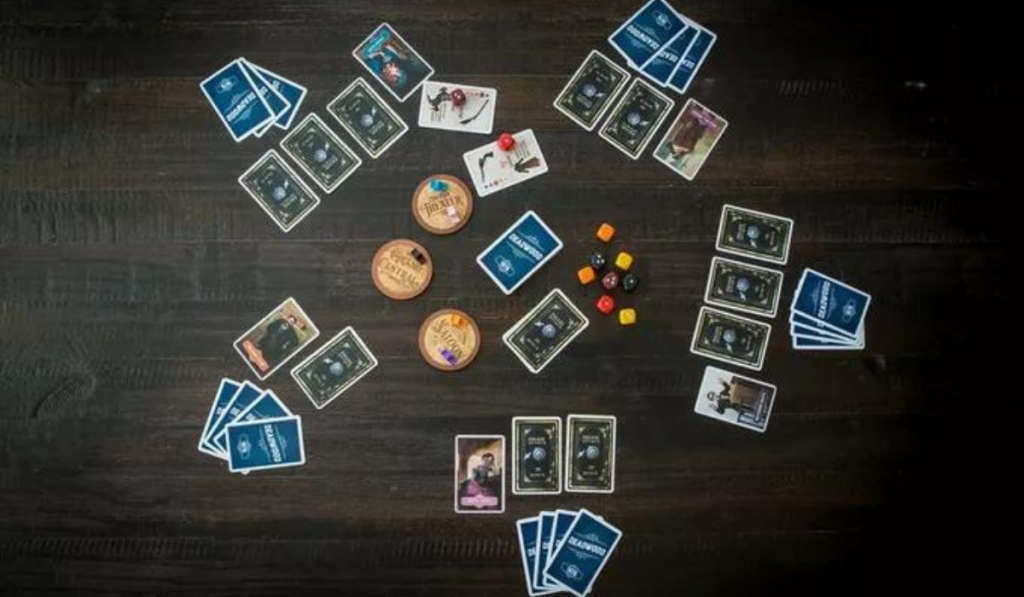 The Good, The Bad and The Lucky

In Deadwood 1876 you’re part of a gang and the idea is to steal enough gold to reach the final showdown and be the last man standing. Throughout the game, you can rob other players of their safes, and have a gun showdown that’s played with the dice. There are choices you can make to suit your style of play.

You can either go and get as much gold as you can straight away by robbing other players’ safes. But in doing so you use all your guns leaving you vulnerable in the final showdown. Or you can save your guns and be a little more cautious. But then you may not have enough gold for the final showdown. The style of play is really down to you and of course, the RNG of the dice plays a factor as well.

It’s a fun game and can certainly be better with more players. As you will get a longer run time and it will certainly test some friendships. My advice would be to start off with just a couple of players to get used to the game and then gradually build up and let the mayhem begin. So with that in mind, I am going to give Deadwood 1876 the Thumb Culture Gold Award.