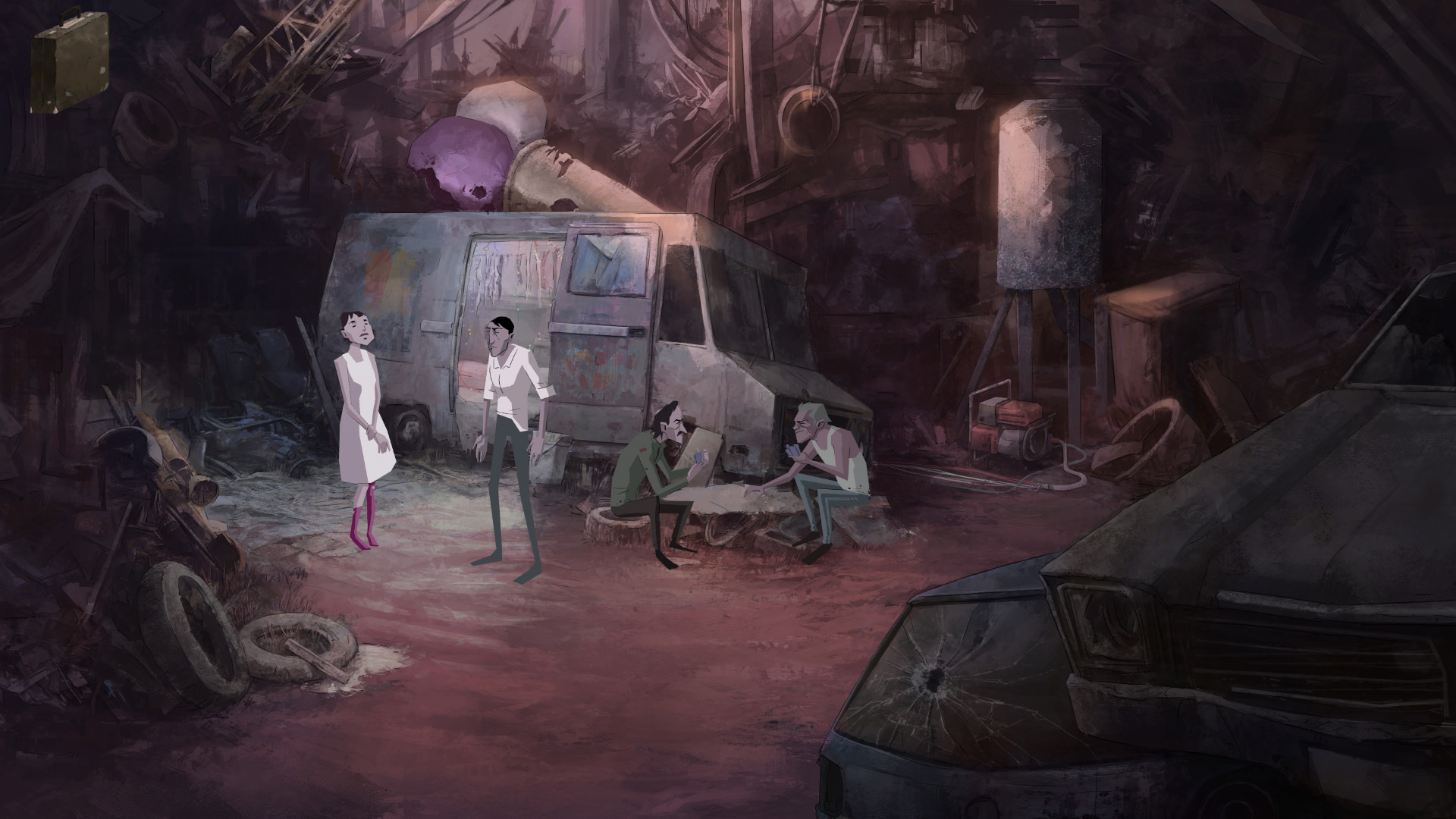 Dead Synchronicity: Tomorrow Comes Today has landed itself onto the Nintendo Switch system and is available to download from the eShop.

Developer, Fictiorama Studios originally pushed Dead Synchronicity on PC, Mac, Linux, iPad, Android, and PS4, but has, as of yesterday, launched onto the Nintendo Switch in collaboration with Stage Clear Studio. The PC edition of the title was published by Daedalic Entertainment, and the PS4, and Nintendo Switch version is published by BadLand Games.

The title finds players within a dark, and artistic point-and-click world as they control a man on a mission to recover his identity by exploring the two events that have brought the world to the edge of collapse. One of the events brought a collection of natural disasters to light, with the second event being a pandemic, turning humans into infected creatures that eventually dissolve into a pool of blood.

Players can expect to come face-to-face with classic point-and-click puzzles, and a disturbing storyline all set amongst a 2D world. There is a brand new Nintendo Switch trailer that can be watched below.