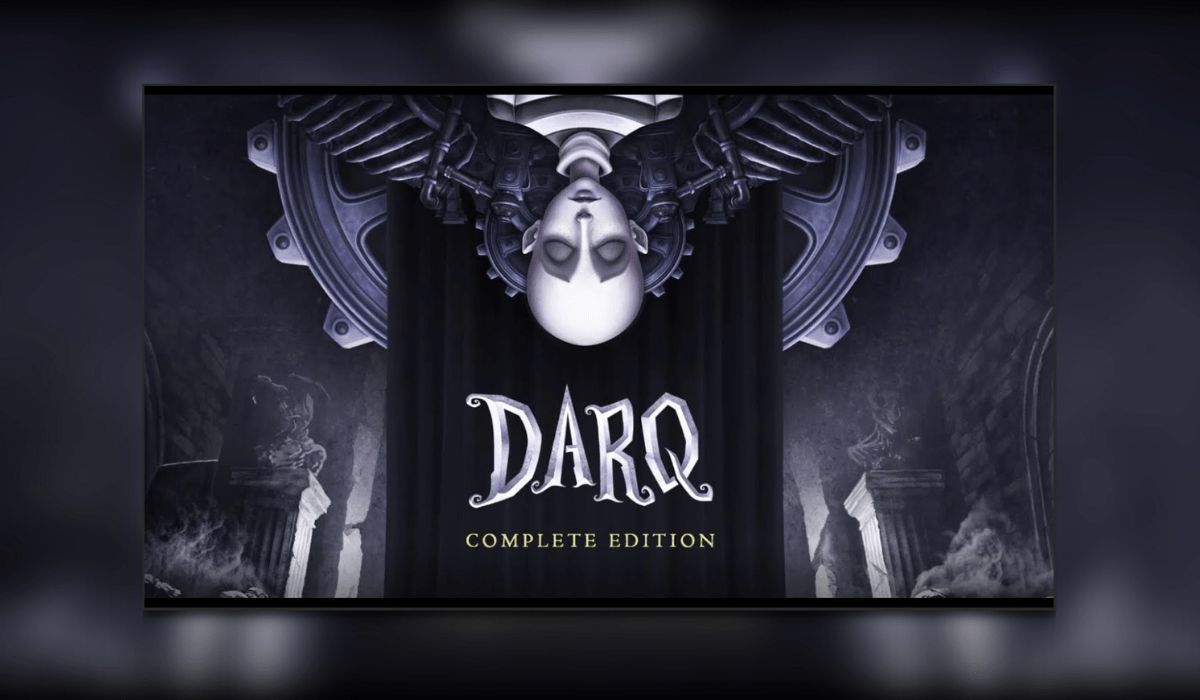 Developed and published by Untold Games. Darq is a mind-bending puzzle game that will test even the most veteran puzzle gamers. First released in 2019 for the PC. Darq is now available across all platforms. So let’s get started with this Darq review.

Darq: Complete Edition – A Dream World To Give Freddy Krueger The Shakes

As someone who is completely useless at puzzle games and I’m not ashamed to admit it. Darq straight away gave me the fear of dread but it surprisingly caught me off guard. So let us take a wild ride into a dreamscape world and see if it’s as good as we are led to believe. As usual, if you enjoy this review Darq review then my not check out my previous one here.

You take control of a little sleepy hero called Lloyd who keeps falling asleep and can’t wake up as every attempt only puts him back into the dream world. Right of the bat, this game doesn’t mess around. It throws you right into it with no tutorial and with basically no idea on what the hell is going on. The gameplay is so unique and the physics it’s based around is just mind-blowing.

Each level starts off quite easy but as the game progresses it gets really hard and will take some serious thinking and trial and error. Apart from gravity-defying physics, you will also have to rely on stealth to get around the numerous enemies at a level as you have no chance of defending yourself.

Its puzzles can be a little frustrating as there is a lot of backtracking and while there is a couple of jumps scares that you don’t expect you just seem to get used to them. Darq is a fun little puzzle game and I say little because the only downside is that the game is extremely short. Even with the Complete Edition with its extra DLC. The game just feels like it could have gone on a little while longer.

I absolutely love the graphics. The black and white old noir style gives it that extra edge to an already creepy little world where the game takes place. Each time you use the physics of the game and orientate the screen you just don’t know what’s gonna pop out from around the corner as everything is so lightly lit. Each screen gives you a sense of dread and suspense. The enemies themselves are really creepy and fit right in with the Silent Hill franchise. More games can really take some inspiration from this because it is gorgeous.

The audio is lacking really but maybe that was the programmer’s intention. Maybe to add more fear for the player but the only real sounds you hear are Lloyd’s footsteps. You do occasionally hear the grumblings of enemies but in my opinion, it just lacks in the audio department. A nice little musical score would have been perfect and would have really added to the game.

This is where the game truly fails. The whole game can be finished in a matter of a couple of hours and well under an hour with a second playthrough. Even with the 2 extra DLC, there are only a couple more extra hours of gameplay. It’s such a shame because there is so much to offer here. Even with collecting all the collectables there still doesn’t really add any more to the experience.

My final thought is that Darq is a great horror-themed puzzle game with great mechanics that puzzle gamers will absolutely love. It just lacks a little for me in a few minor areas but do not let that put you off this fun little game. So I’m going to give Darq: Complete Edition the Thumb Culture Silver Award. 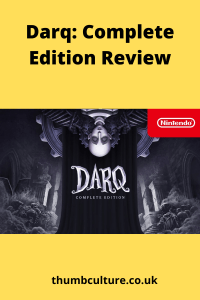