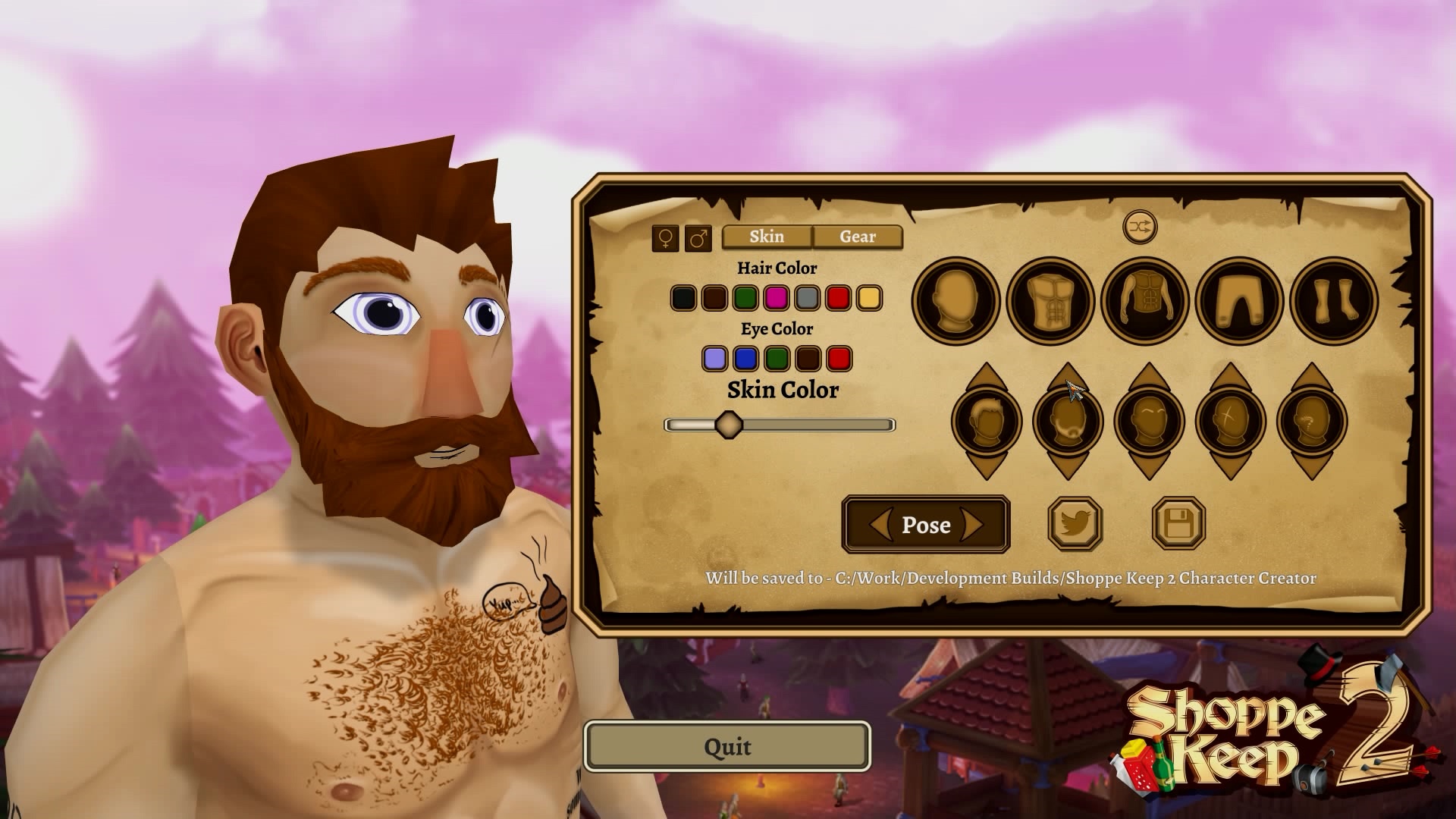 With Shoppe Keep 2 on the way this year, players can get a small taste of what to expect by creating their Shoppe Keepers for free! Before I waffle on about Shoppe Keep 2, Shoppe Keep was a first-person shop management title by Strange Fire, and published by Excalibur Games in 2015. The title finds players running their own shop in the middle of a fantasy town with heroes, and heroines flocking to your store to buy weapons and more.

Shoppe Keep 2 follows on from the success of the first and includes more elements, such as Online play, and free-roam allowing players to go out and find items to sell, rather than just ordering them in. The players can also equip the armour and weapons that they sell in order to protect them when they’re on their quests to find items to sell.

The Character Creator is now available to download on Steam for free and allows players to create a character, choosing tattoos, hair, clothes, and more. These creations can also be shared Online with the hashtag #WeAreKeepers and will automatically be entered into a prize draw to win a 3D printed figurine of their creation.

As an added bonus, anyone who plays the Shoppe Keep 2 Character Creator will gain an exclusive in-game outfit, The Golden Keeper outfit. Shoppe Keep 2 will be arriving for PC, Mac, and Linux on Steam Early Access on the 26th of April 2018.