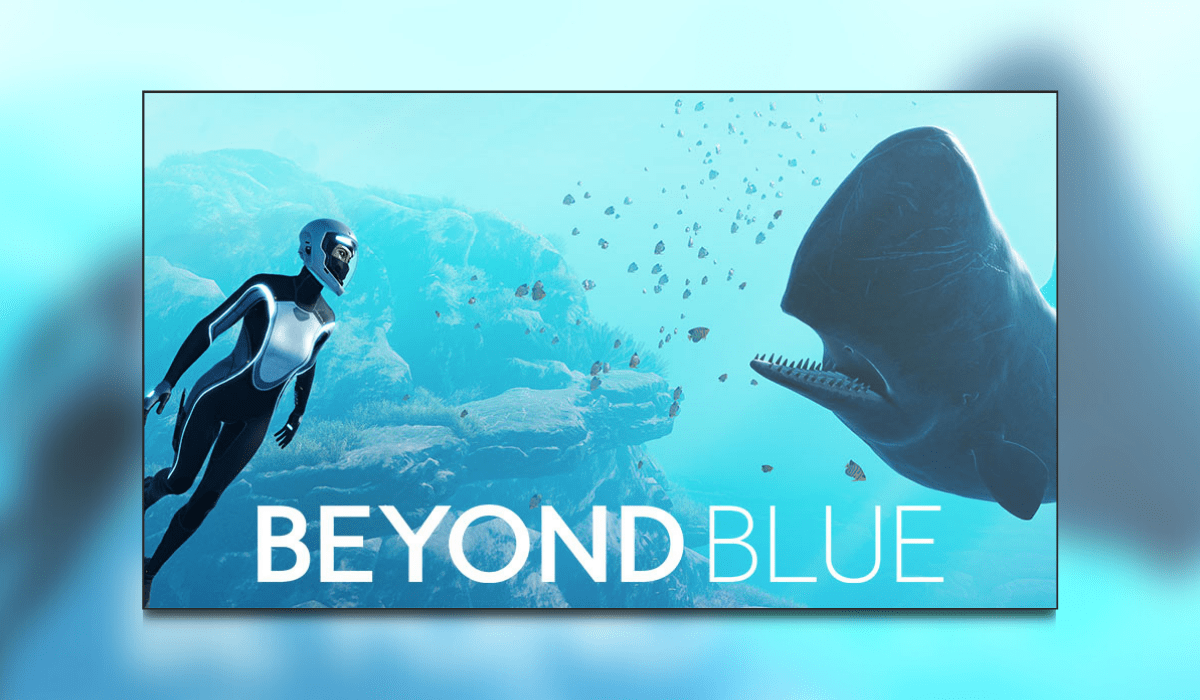 Beyond Blue by developers E-Line Media allows you to explore the oceans through the eyes of your playable character Mirai. Set in the near future with some interesting tech toys to play with, this is certainly a game with a big message behind it.

Available on PC, Xbox, Playstation, and Nintendo Switch, I was lucky to play through the Switch version which is the latest platform for it to be released on.

Learn About The Oceans With Beyond Blue

Time to don my diving gear and take to the crystal clear ocean, wish me luck! Remember to follow Thumb Culture for all things gaming and tech!

Beyond Blue is far from an arcade game and lies more in the simulation genre. The teams behind it were previously involved in games such as the Bafta-winning Never Alone, which I absolutely loved, as well as BBC Studios who produced the iconic Blue Planet II.

Launching into the single-player game, Beyond Blue drops you into the ocean where you get to explore the vast depths of the watery world around you.  Controlling Mirai who is a deep water scientist you get to see, hear and discover the amazing marine life that surrounds you.

With the support of your research team who guide you along your way, the basic lessons for the gameplay are taught to you in stages.  There are various sound stations that can be activated across the ocean. These allow you to scout out the sounds of fish and mammals so that they appear on your map for you to go and discover. While exploring, every shoal of fish, bottle-nosed dolphin, sperm whale, etc. can be scanned and added to your research inventory.

There are a number of each to find! Some of the larger mammals can be tagged or identified by swimming up close and personal. It really is an experience, albeit a game, to have the freedom to swim in this way. My previous attempts at doing this have either resulted in me being the man-eating shark or being shot at by rival gangs that I’m trying to evade!

Beyond Blue is fully narrated and the story is constantly evolving as you progress through the watery depths. I particularly like how you are also the host of a live stream at times and immediately your actions are suddenly being televised for all to see. The constant chat really keeps you immersed as you discover the many species down there as well as explore for certain objectives.

Once you have checked out all that is around the local area you go back to your small futuristic sub to debrief and catch up with the real world. You can make calls to your family and see how they are doing as well as choose how to reply, again this really makes you feel part of the character’s life.

Beyond Blue features a photo mode to let you really get engrossed in the scenery around you. If you want to learn even more then there are 16 mini-documentaries called Ocean Insights that feature recorded footage and interviews with some of the world’s best ocean scientists.

Beyond Blue is stunning. So much work has gone into creating and producing the game so that it can be both immersive and informative while being fun to play. Graphically I could not fault the marine life models while the camera rotations were smooth when looking around. When swimming around the ocean bed with Mirai, she glides gracefully through the water. The attention to detail while on the mini-sub is good with various book titles and trinkets to explore.

The constant narrative throughout the game keeps you intrigued as to what is happening around you. Featuring voice characters such as Anna Akana from Ant-Man, Mira Furlan from Lost, as well as Ally Maki from Toy Story 4, the quality of dialogue is very good. There is nothing better than being immersed in a game and it certainly keeps you going.

When it comes to the soundtrack, well you are in for a treat. As well as an original score you also have music from artists such as The Flaming Lips, Miles Davis, and The Edisons to name a few.

Of course, a diving game in the ocean would not be right without the haunting clicks and whistles of its amazing contents. Every sound that you hear is true to life when it comes to the type of marine life that you find. It is simply awesome.

Beyond Blue is a very relaxing game and only takes around 4 hours to play through. In that time you will get the chance to explore various parts of the ocean, discover species and swim with them as well as play with some very clever tech. There is a lot to find and check off as well as the many mini-docs to educate you about the ocean and environment.

Beyond Blue is absolutely amazing. If you want to play a chilled game and educate yourself on the ocean life as well as the environmental impacts that happen on a daily basis then this is definitely one to pick up. While it may not have a narration from David Attenborough to accompany it, the way that Beyond Blue has been developed and made ensures that it can be very well integrated with all ages of players.