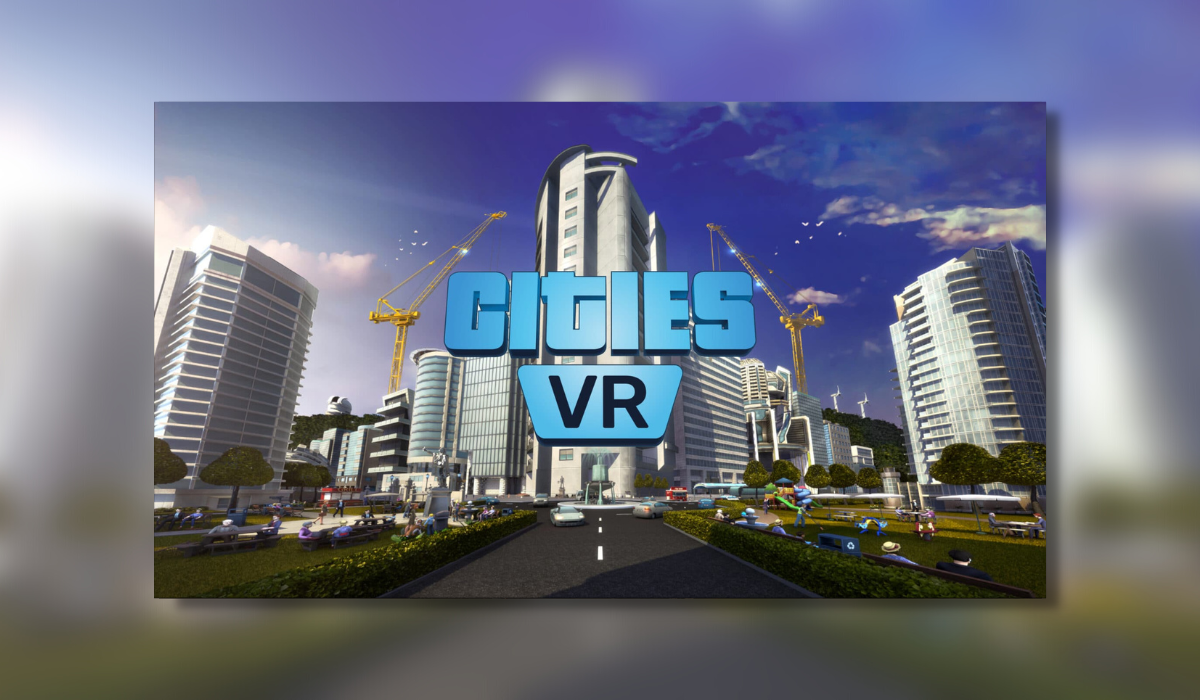 Cities: Skylines has been around since 2015. It is in effect a highly polished version of Maxis’ Sim City. When an opportunity to review Cities: VR by Fast Travel Games presented itself, I couldn’t help but raise my hand and take it on.

Cities: VR – Building in the Palm of Your Hand!

Having been a fan since I was a lad of city builder games and also owning an Oculus Quest 2, would the transition to VR be a satisfying and fun experience?

To those of you new to the Cities series of games, Cities: VR is a single-player city-building and management game. You get to design your own city from a blank canvas and are in full control from the moment you start building roads and zoning areas to build either residential, commercial or industrial premises. All of the infrastructure is in your hands therefore you must plan your electricity, water and sewage carefully in order to keep everybody happy. As the city begins to populate you unlock various buildings at key achievement levels. You must then build facilities such as hospitals, police & fire stations, school, libraries, you get the idea! The game quickly becomes a fine balancing act to ensure that not only is your population happy, but that you are making a profit in order to fund the continuing expansion and upgrades to your city.

With the basic understanding of Cities games now under your belt, how did the VR version play out?

With a handful of maps to build on, as well as the option to have limited money for that true sandbox mode to purely enjoy building without the worry of getting the finances quite right, it was apparent from the off that Cities: VR has been dumbed down slightly for the Quest 2.

As you enter your new map, the graphics are nothing to the degree that Cities: Skylines looks like. Items that you are staring at are fully rendered with shadows while those to the sides of where you are looking becomes a lot simpler in detail and shape. At first, this is a little off putting as you feel as if the game is still loading in however you do get used to it.

The gameplay itself is very on par with the original Cities game that it is based on. The left controller appears in the game with a wheel on top of it. Here you can filter down and select the category that you require within Finance and Construction for example. A quick tilt to the left brings up the all-important stats to let you know population numbers, money, and which type of zones (residential, commercial and industrial) are in need at the moment. The right controller becomes the point and click when building, demolishing and interrogating items in your city.

I found that Cities: VR was fairly easy to navigate through with a helpful, short, tutorial at the beginning to ease you in. I did experiment with the moving around element a little. I do suffer from motion sickness however I also struggle at times when it comes to the snap rotations when looking around as I find that I get disorientated easily. In the options menu you can set the angle that this snaps. I did turn it off completely to try and go to a fluent locomotion however I found that it really made me feel ill.

The camera itself allows you to zoom down to ground level and watch vehicles and people going about their day. You can also zoom out and freely fly around to gain new vantages of your sprawling city. I played in a seated mode which for some reason did have me looking down at the floor at times in order to see what was going on. I’m not sure how good that would be for long stints on your neck.

One thing that I did find slightly annoying at times is that the floating screens that you pull up are quite large and can block the screen from what you are trying to see or do. Although not as frequent once you are playing your own map, this was a bit too much during the tutorial.

Another element that I somehow fell foul of was there didn’t appear to be an autosave feature. I accidentally backed out on a game menu having brought the menu up and seen the words “back to” and my brain thought it was naturally “back to game”. I subsequently lost all of my work!

Unlike the Cities: Skylines, the features are a little bit limited and there are also no scenarios to play through at the moment. That is not to say that going forwards these will not appear.

The graphics are ok in Cities: VR although they are a lot more cartoony and basic when compared to Cities: Skylines. Granted the Oculus Quest 2 can only do so much and the more you build, the more graphics and animations going on at one time. I really enjoyed the quite long day and night cycles that saw your streetlights come on and your city light up. If you look up while on fast-forward you will see that the night sky actually rotates to show that the world is spinning. As simple as it was, it was a nice touch. The only bug-bear here is the constant rendering and dropping out of the scenery as you look around, it can distract you and upset your immersion.

When it comes to audio there is a Cities-style soundtrack to accompany your play along with the sound effects of construction, people chattering, vehicles driving, and much to the annoyance of my labrador whose bark nearly made me drop my controllers, dogs woofing.

Cities: VR has great longevity so long as you don’t hurt your neck looking down and can handle the immersion being broken a little when looking around. There are enough maps to begin creating your own cities and also enough of a backbone in features to have some fun.

Cities: VR needs a bit of polishing in my opinion. While it is there for a majority of the game there are clearly some areas that need some work to make the immersion a bit more enjoyable. If you already have Cities: Skylines I feel that you would be in for a disappointment if you played this title. However, if you are new then I can see how it would be appealing, although the tutorial is probably a bit too basic to fully get everything out of the game. It clearly requires some advanced tutorials.