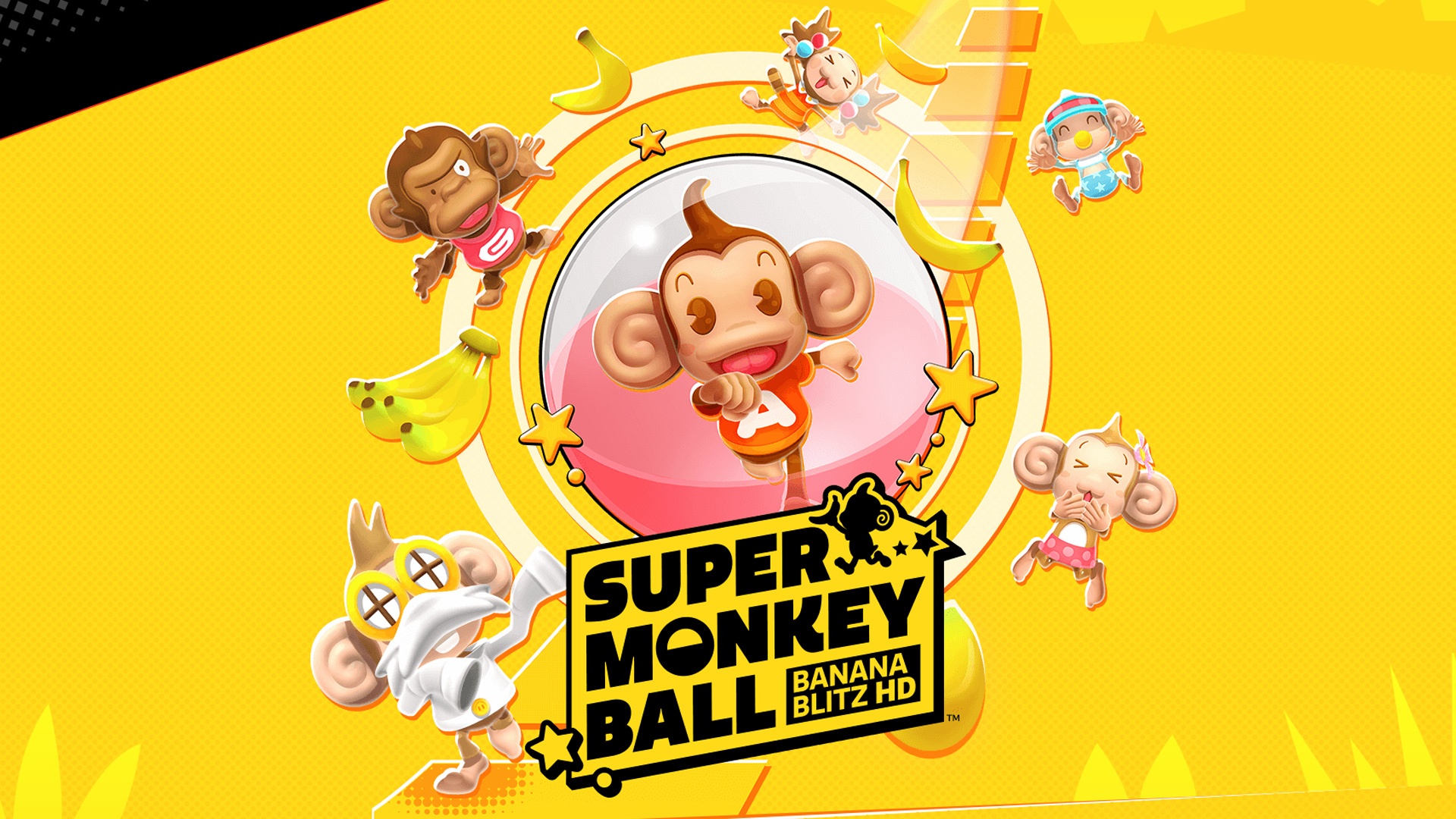 The year was 2002 and I remember the day vividly. Sitting in my room with a group of misfits that I labelled friends, I slowly reached for my sack (bag not knackers) and presented my latest purchase: Super Monkey Ball.

With apprehension, our group of neanderthal metallers began exploring the cutesy, overly Japanese game and like a drug we were hooked. Our meetups became Monkey Ball sessions with each gamer perfecting the traits of their monkey and using them to get the upper hand in party and challenge modes.

Fast forward to 2019, “Hey Jaz, you heard that Super Monkey Ball is being remastered?”. I spat out my monkey nuts, stopped The Monkees’ playlist and cancelled my banana split order at DK’s Diner. I had to speak to the neanderthals.

We discussed the possibilities, would it be a remake of number 1 or 2? It had to be Deluxe! The announcement was made and it felt like a swift kick to the Super Monkey Balls. Banana Blitz HD…

“Banana Blitz HD? The one on the Wii?” I was gutted. The motion control completely ruined that game, however, I still wanted to try it as the announcement revealed that they had altered the control scheme.

I started the game hunched over and grimacing feeling as though Sega did this to troll me personally, however, within mere minutes I was beaming from ear to ear due to the infectious happiness of Super Monkey Ball.

The gameplay hasn’t changed, you’re a monkey in a ball (hence the name) and you are tasked with rolling around a course full of hazards, collecting bananas, trying to reach the end. It’s like a cross between Marble Madness and Screwball Scramble. However, you do not control the monkey, you control the floor! This is where the difficulty of the game lies as basic manoeuvres can be difficult to pull off. It’s a simple concept but it’s truly hard to master.

This entry introduced the jump mechanic which does help to add variety to the core gameplay. Gamers now need to traverse the world by jumping over hazards and enemies whilst precariously staying on the platform.

Focusing on the difficulty, there is a steady learning curve which will allow fans of the series and newcomers a challenge. There are 8 worlds each having its unique theme. Although the design is generic, it does nail the feeling of progressing through a campaign whereas earlier entries felt like a selection of levels. In the end, each world is the dreaded boss battle. I understand why the developers have included a boss battle, in theory, it’s a good idea but in reality, it’s the low point of the main game. The battles are difficult due to the awkward design and this can make these section arduous.

The original Banana Blitz boasted 50 mini-games and this has been reduced to 10 in the HD remaster. Now I know what you are thinking, that’s a huge drop, however, let me ease some of those worries. The original 50 were pretty terrible and the majority relied on motion controls. Amusement Vision has selected 10 which they feel would work on the system and re-establish the game as a central point of gaming nights. However, the unfortunate reality is that you can’t polish a turd. The party games lack the depth of the originals and won’t hold your attention for longer than a couple of hours. They have introduced a couple of new modes which focus on high scores but I can’t imagine many people being eager to go back to the party games to beat their previous or their friends’ score.

Graphically, the game has had a slight update and looks lovely when docked and in handheld. The colours are vibrant, the UI has been updated and due to this, it feels like a modern Super Monkey Ball game. The environments are nicely presented and the characters are as cute as ever.

If you have played any early 2000 Sega games, you will know exactly what to expect. The overly American voice at the start of each course preparing the gamer for what lies ahead, “Ready? Go!”. The dated dance music blaring throughout the course. I love it. It’s a niche taste but fans of Sega’s arcade games will instantly feel at home here.

With around 100 levels to complete in the campaign and 10 mini-games, there is a wealth of content to warrant the budget price but is Banana Blitz HD worth revisiting now that the game has removed the motion controls?

I’m happy to report that the game is worth checking out. I was surprised with the quality of the game in terms of level design; it’s varied, challenging and feels like classic Monkey Ball. Unfortunately, the party games lack the quality and depth of its predecessors and due to this, I award the game a Thumb Culture Silver Award!