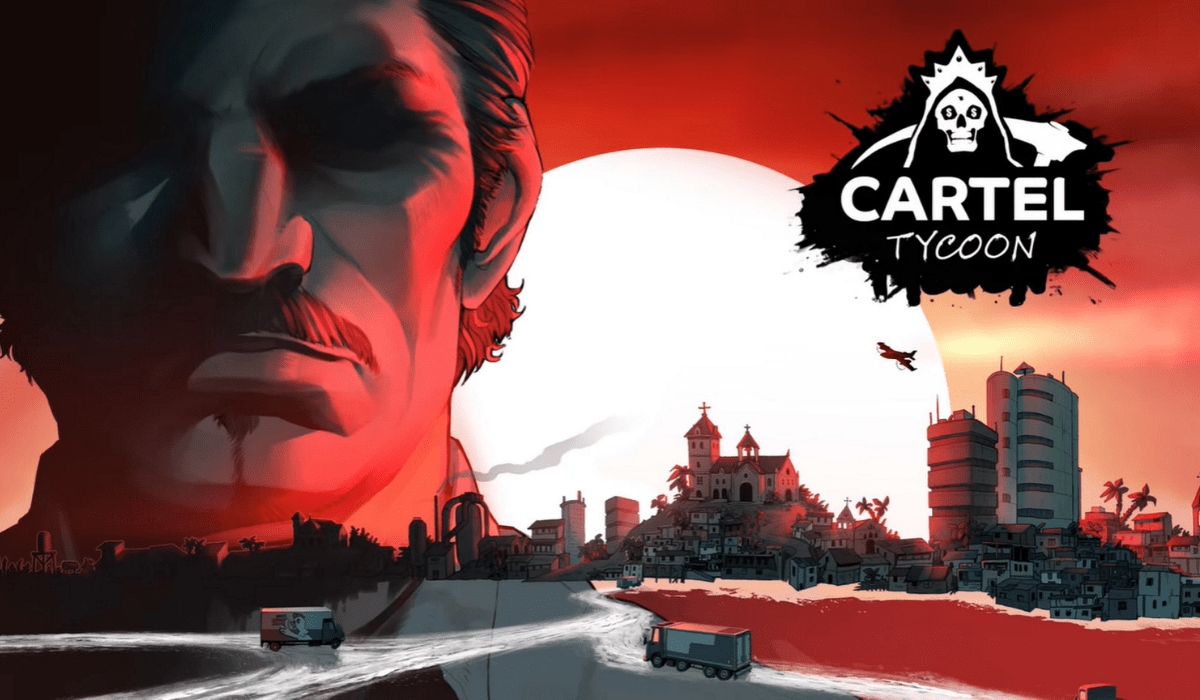 There seems to be a tycoon game for everything nowadays from managing lemonade stands to zoos, however, there seemed something appealing to me about business sim Cartel Tycoon by devs Moon Moose.  Published by TinyBuild and currently in early access, perhaps it’s the intrigue behind the cartels in Breaking Bad or even taking down the Santa Blanca in Ghost Recon: Wildlands.

Cartel Tycoon, the best illegal fun you can have legally?

Time to put on my fake moustache, don my “El Chapo” hat and build my empire!  If you have taken on the might of Cartel Tycoon, leave us your thoughts in the comments!

Set in 80s Latin America, Cartel Tycoon is centred around the era when cocaine became a money-making commodity in the US.  With each cartel came a huge number of industries to launder the ill-gotten finances, all the while creating thousands of jobs sprawling across massive territories. Enter Cartel Tycoon, your chance to become a rich kingpin, run your own cartel and expand your empire.

Before you is a large fictional island split into various regions.  Having answered a phone call earlier asking if you wanted a job, you find yourself co-running a drug producing and smuggling operation.

Starting from your cartel mansion with a nice wad of dirty money, your first tasks are to build an opium farm and a warehouse.  By using the mouse you simply navigate to the relevant build buttons and select an area on the map to construct.  Being conscious that each building needs to be connected to the road, you then send out orders to transport the drugs to the local airport.  With each flight in and out of the region you begin to accrue more dirty money.  To launder this to clean money you need a legal business to put the dirty money through.  Via the tutorial, you are prompted to purchase a taxi company in the town centre.  By delivering dirty money to the taxi company, clean money is then produced all the time the company is open and trading.

Slowly but surely you recruit new lieutenants.  Each come with their own abilities (such as kidnapping!) as well as a power level, a vehicle for certain cargo types and an upkeep price.  It is down to you to select who is right for the cartel and then send orders to help further your resource chain.  Keep an eye on their loyalty!

Inevitably there are battles to be had with rival gangs.  Thankfully the battles do not detract from the overall resource management sim.  They are kept simple whereby the higher power number will be the winner.  It is important to make sure that you leave each building/farm/transport route well guarded as rival gangs will not hesitate to attack you.

While growing opium and managing smuggling routes is one thing to keep an eye on, so are the mayors of each city.  By winning their favour you can influence decisions and unlock further buildings to maximise your money laundering capabilities.  Inevitably the resource chain will get larger and larger and it does take a great deal of concentration to maintain! Should a building or farm not receive the upkeep it requires then it shuts down and does not reopen until you sort the supply issue out.

Playing at 1440p, Cartel Tycoon looks graphically beautiful.  The South American island is well drawn and animated with vibrant tropical greenery and shimmering water.  As with most tycoon games, there is the ability to zoom right in on the action and Cartel Tycoon is no different.  Going up close and personal while watching your gang members cultivating and transporting really gives you that kingpin feeling while zooming right out gives you an overview of your illegal operations.

The original soundtrack has an awesome 80s Latin American vibe to it, featuring progressive drums and a really ominous bass line while serenading you with that Latino flair.  I do love how music can set the mood so amazingly well in games!

Speech is at a minimum, relying mainly on bubbles of text to read however with so much going on I found it a lot easier to digest by reading it all myself. Sound effects help set the ambience of your empire with guns firing during takeovers and vehicles revving and honking on their way to destinations.

Cartel Tycoon is certainly not a game you are going to complete in a few hours.  The game, set to a storyline, is a constant learning curve, ever-evolving as the business empire expands.  Once you understand how to set up the transport routes and keep everything flowing then it does get a little easier to play and it will suck you in for a long duration of time.

Cartel Tycoon is a must for anyone that wants to try their hand at operating a gang within a tropical setting.  It is not the easiest of games to get into. However, I put that mainly down to the tutorial not telling you everything that may come in handy later on.  Similarly, the in-game help such as providing tips on what you need to do for a task is not always very clear. That all said, Cartel Tycoon is still in early access and throughout the time I have had to play this game I have received constant patch updates that have addressed little niggles that I have since removed from this review as they have now been fixed.  Overall Cartel Tycoon is a tricky but rewarding game if you enjoy business sims.  I can’t wait for future updates! 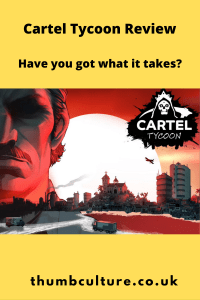