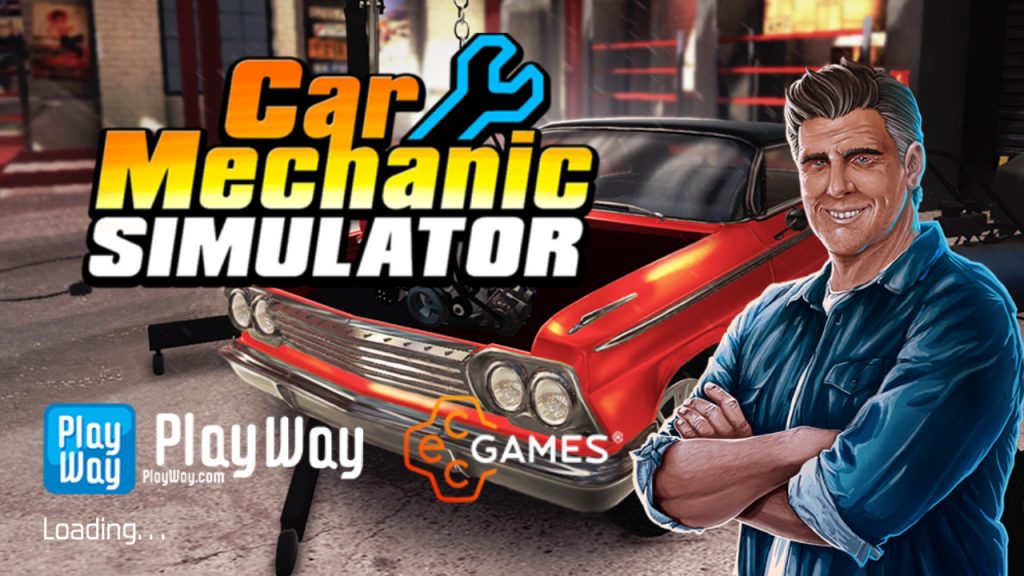 When we received the email regarding Car Mechanic Simulator being released on Nintendo Switch it definitely piqued my interest. Having spent plenty of time on the PC version meticulously taking apart engines, repairing the inner depths of what was wrong with the car and then making it all shiny and new, before passing it back to the owner. However, that excitement was short-lived, carry on reading to find out why.

So diving into Car Mechanic Simulator you are treated to a brief tutorial taking you through the basics of the game. Shifting into assemble mode and moving back to disassemble mode. It is all pretty basic in terms of control mechanics, you can either use your thumbsticks and move a cursor around or use the touch screen, either way works really well.

So what do you do on Car Mechanic Simulator? Essentially you search on a map in different barns, then you buy an old decrepit shell of a car, take it back to your workshop and carry out repairs before reselling it. Repairing bodywork is carried out with a nice simple rotation of the thumbstick, obviously trying to replicate the motion of using T-Cut on those unwanted scratches, although this method repairs all volumes of rust evident on the bodywork. Car Mechanic Simulator then gives you the ability to “blow up” the car to see which parts of the car that require repairing. This is a pretty impressive view, showing all the damaged and parts that need repairing as a lovely highlighted colour. Then it’s your job to dig deep into the car to find these parts and then repair them.

Once you have found the damaged parts you then have to go and purchase them from the parts store, this is just an endless list of parts, so trying to remember what you need starts to become more like the final round of The Generation Game, albeit there is no cuddly toy (maybe DLC?). With your new shiny parts in stock, you can install them, and get the car all put back together. All that is left is to pick a new colour for your shiny new dream ride! You start off with a few colours, but you can buy new colour packs in-game and eventually you can start giving your car that flip paint that you dreamed of when you were a new driver.

Once you have finished your car, you just sell it. That’s it! Hit the sell button and get offered some money and then move onto the next barn find. Literally, just rinse and repeat. You can upgrade your tools to allow you to work on better cars, steadily making your way up to become the best mechanic.

Now this is where Car Mechanic Simulator started to lose the appeal. On the PC version you run a garage, people come in with problematic cars, and it’s your job to manage to get that car repaired. Finding faults, repairing specific elements of the engine and then carrying out a service. On the Switch version, it just feels like a really light version, and it is! Does that mean that you shouldn’t buy it? Well that’s the main question, and if you have never played the PC version of the game then you will no doubt enjoy this little foray into repairing cars. However, if you, like me, have spent hours fixing peoples cars on the PC version then you will probably become disinterested in this version. Maybe the next version on the Switch will open up to be more like the PC one, and ECC Games just used this version as a way to guage interest in the Car Mechanic franchise, I guess only time will tell.

Car Mechanic Simulator has no official licensing so the cars are just generic shaped vehicles, although there are no licensed cars they are loosely designed on real-life cars, so you will see some similarities. The car parts are rendered well, and to be honest that is all that you can say about the graphics. I mean the HUD looks…erm….nice….

Again there isn’t much to report about the audio on this game, a few sound effects here and there, but the main element of Car Mechanic Simulator is 100 percent the gameplay

This really all depends on whether you enjoy doing the same thing over and over again. Personally, after writing this review, I honestly can’t see me going back to the Switch version when I can power up my PC and play a deeper version of the same game, albeit made by different developers. This “lite” version of the game, however, will be fine for newcomers to the series to get a taste of repairing cars and earning some steady cash.

Disclaimer: This isn’t our video but gives you an impression of what to expect in the first 15 minutes, also we received a code to review this game.