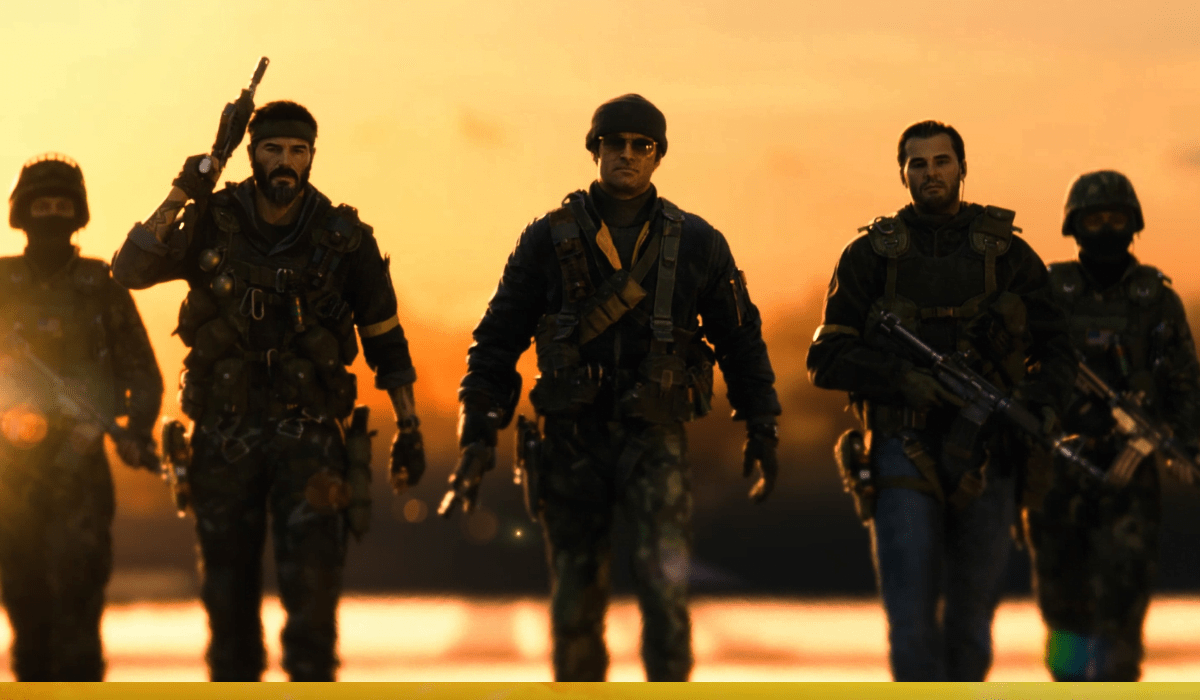 For this Call of Duty Cold War review we join our resident expert,  on Call of Duty Campaigns to throw his opinions out into the Duty-sphere! JW do your thing!

There have been many great reunions over time… Fleetwood Mac, The Goonies The office and If you had told me 2 years ago I would be writing a piece for Thumb Culture they would’ve probably replied with a more chance of hell freezing over comment but time is a great healer and thanks to them, here I am (but more on that maybe another time). If you had also told me 2 years ago I’d be absolutely loving a Call of duty campaign again the reaction would’ve been the same. How pleasing it is to be wrong on both occasions and as I don’t want to ruin the future for you, let’s go spoiler free.

Call of Duty Cold War was a massive surprise. You take on the role of “Bell”.  A hard hitting operative in 1980’s America.  Straight off you are taken by a completely unexpected surprise in a Call of Duty campaign…you have customisation off the bat.  Not  just with naming your character and selecting a backstory, but choices within the various story missions which can alter subsequent missions and in game narrative.  This is no RPG by far don’t get me wrong but this level of depth in a COD franchise has not been seen before and whereas its not massively end game influential… It does it well.

Taking a look at the gameplay and as a COD veteran I expected to be gun ho running through with the standard waves of textbook AI enemies, in the standard low detail areas. So talking a slow walk through the KGB headquarters listening to the NPCs well written dialogue and with a choice of 3 different ways I could complete the mission was certainly a breath of fresh air away from the tried and tired campaigns we come to expect. Even taking the time to talk to the side characters such as Alder, Woods, Mason in the safe house gives more of a depth to them in where you can feel involved with their story as much as your own, except for Hudson who may as well not have been there.  The nice thing to this is it creates a memorable story albeit a short one with completion easily obtainable in under 5 hours depending on your difficulty.  This can be extended with the optional fun side missions, which for me were just as enjoyable as the main campaign for the simple reason that these require work to unlock, finding evidence and decrypting clues in order to even access the mission.  It’s not a case of here they are do them if you want, It’s if you want to do them then you need to work for it.

Call of Duty Cold War In Your Ears

The audio in Call of Duty Cold War is simply fantastic listening’s to Norman Greenbaums “Spirit in the Sky” or Pat Benatar’s “Hit me with your best shot”, while bullets whistled past my head. It really made me feel I was there and gave me a sense of urgency in the well textured, visually appealing locations which you may find yourself stopping to enjoy.  On more than one occasion I was greeted with an out of bounds purely because I was walking round simply admiring the area and details whether run down houses or burger joints.  This is all brilliant and yet for some it will be the wrong direction.

They have really tried to refresh the franchise with this multiple choice, triple ending campaign and as a 13+ year veteran I am not sure it will work for the whole fan base.  Traditionally Call of Duty has always been your Rambo clearing fast paced mission to mission campaign ( when they have bothered to put one in) and this is and isn’t. It can put the brakes on very quickly leaving you feeling disjointed on occasion and possibly confused after you have just slaughtered waves of enemies to then be going through a mission repeatedly opening red doors while you are on a psychedelic trip.

For me this worked, its far from perfect but if this an attempt of renewal for a tired franchise, then I am all for it.  Given how much of a mess the game fell into with the implosion of Sledgehammer Software, Treyarch stepped in and whereas a studio swap often ends in disaster…here it worked.  My only concern is that if Sledgehammer started it then we may not a see similar outing again instead a return to the same old battered script.

On my last point, I played this on the PS5 and as we all know the Call of Duty franchise chews through your hard drive space like I go through an all you can eat buffet. So it’s certainly refreshing to be able to complete the enjoyable story and reward yourself not only with your systems accomplishments but also delete that portion of the game and treat yourself with 60gb+ of free space.

Play it! but if you are only after playing the campaign wait till it goes on sale or play it on the previous generation. 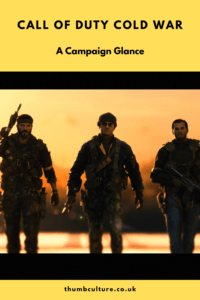