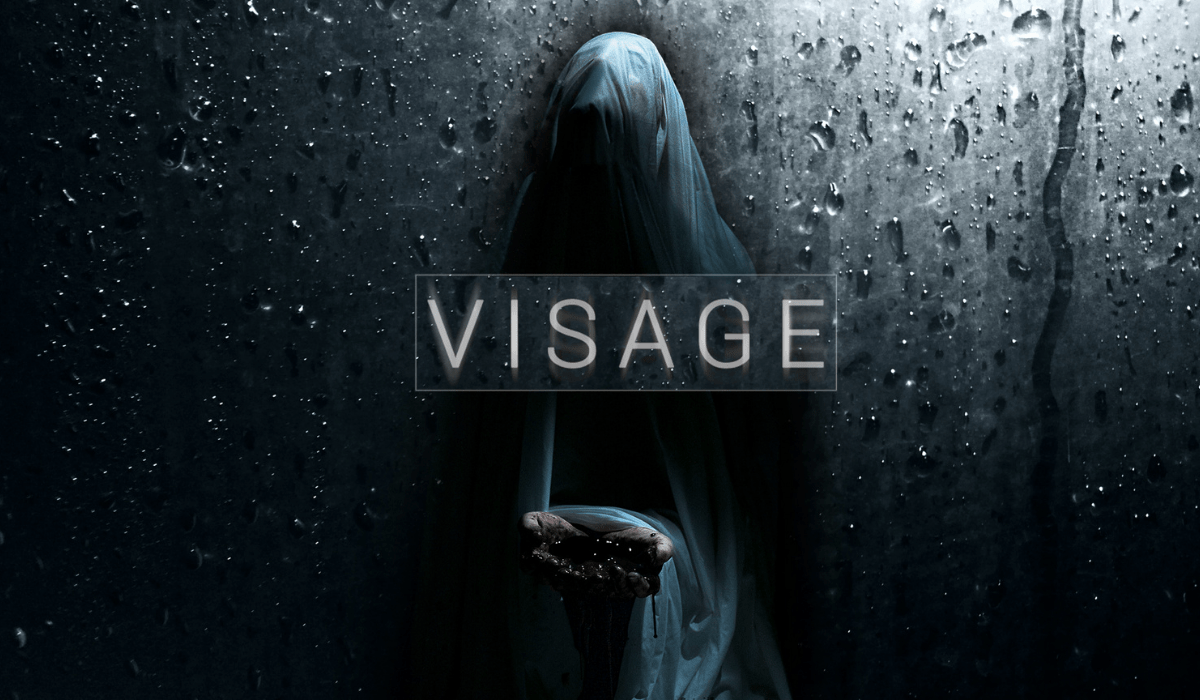 I like to think of myself as someone who doesn’t scare easily and I’m a fan of the horror genre. However, this game really had me spooked and that was when I was playing during the day. Visage is a survival horror game and is the first release from Quebec based independent developer SadSquare Studios. Inspired by horror media like PT and The Grudge, the team at SadSquare developed and published the game. The influence of other games, notably PT & Amnesia, shows but is a unique addition to the genre. Beginning in 2016, production began after a very successful Kickstarter. The overall funding saw Visage was released on PC, PS4 & Xbox One as well as getting VR support. Let’s dive into this Visage horror game review!

Is Visage A Must For Horror Fans?

As a big horror fan, I was very excited to play Visage. If you are also excited by this title, you should leave a comment to let me and the Thumb Culture team know. Also if you have played it or from what you have seen, comment on what may be your favourite part.

Visage is a single-player game set in first-person mode and is a combination of survival and psychological horror. The debut game from SadSquare Studios and takes place almost entirely in one two-storey house. Beginning with a cutscene of the murder of a family and ending with the killer, presumably the father, killing himself.  You play as Dwayne Anderson as he uncovers the stories of past residents, their lives and their deaths. The story takes place in an older but ordinary-looking house but with a long history. You quickly learn that within the house are restless spirits seeking to tell their story. Others, however, seek to hurt and even kill Dwayne however they can. As the game & story progress, things become more surreal and supernatural the more you discover.

Like other games in the genre, Visage’s protagonist survives by running and hiding from the various evil spirits. Where it does stand apart is that Dwayne’s sanity is tied to how active the spirits are. Normal household features are used against you, from doors slamming shut to lights turning off. The more scared he becomes the more of a foothold the spirits have, making this large house truly terrifying. To counter the loss of sanity various items are available, from lighters to pills but these are rare so use them sparingly. Dwayne’s sanity is what determines his survival; the more sanity that is lost, the more the spirits can come after him.

Contained within a two-storey house, there is a strong focus on exploration. Finding items such as candles to help stave off madness but finding items such as door keys are necessary to progress. The various rooms are each tied to a different story and can be chosen in any order. These stories do follow a linear path to become available and unlock new areas of the house. Completing these stories, however, introduces events where visible spirits will pursue and kill you if they catch you. Various set and random events make navigating the previously straightforward house difficult to move around, keeping you on your toes.

My playthrough of Visage was on PC and using the high graphical settings. Other graphic and audio options are available. I found that one of the features that made the game especially spooky was the attention to detail. Various levels of lighting in the house at night and the simple addition of rain outside created an unsettling atmosphere. From the abandoned dinner plates to stuffed toys, the layout & design all went towards painting a particular picture. At various points the house transforms into a surreal and twisted version of itself, expanding the environment and making it even scarier.

Going hand in hand with the visual design are the sound effects & score of Visage which arguably are even more terrifying. The game utilises the setting of this old house with the various sounds you would expect. The effect works to use them against you as you explore this empty house by yourself at night. Moving around is always accompanied by the sound of Dwayne’s footsteps in an otherwise normally silent house. When the spirits begin scaring you it comes with the sounds of light switches, doors slamming shut and more. These sounds are realistic and sudden, happening purposefully and often to literally keep you in the dark. When the spirits are actively chasing you is when orchestral score kicks in, making these moments even more intense as you scramble to survive.

Visage follows a single-player story and I spent approximately 10 hours of my playthrough with much to do and explore. It does follow a very linear path but there’s a lot to explore and discover. Going back to see what you may have missed from the stories within the house is no doubt worthwhile. Horror games much like films do have their appeal and for that alone reason enough to play again.  My playthrough was on PC but as well as consoles there is also VR support. I didn’t experience the VR myself but I found it plenty spooky. I imagine from start to finish that Visage gameplay in VR would be taking it to a whole new level.

I really enjoyed playing Visage both because it is an excellent video game and as a fan of the horror genre I enjoy being scared now and again. It is a worthy addition to the genre of games taking inspiration from predecessors but standing on its own merit. The use of sanity as opposed the physical health was different and worked well with the setting and plot. The game progressed at the correct tempo, keeping me on my toes the more I played. The design of the house worked very well, especially alongside the sound effects and score, which is where Visage really shines and is the heart of what makes this a very scary game. Once I have worked the nerve I will return and play some more.

I really enjoyed Visage and have awarded it the Thumb Culture Gold Award. I am truly looking forward to seeing what the team at SadSquare Studios make next. 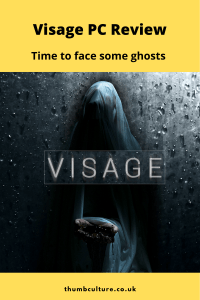