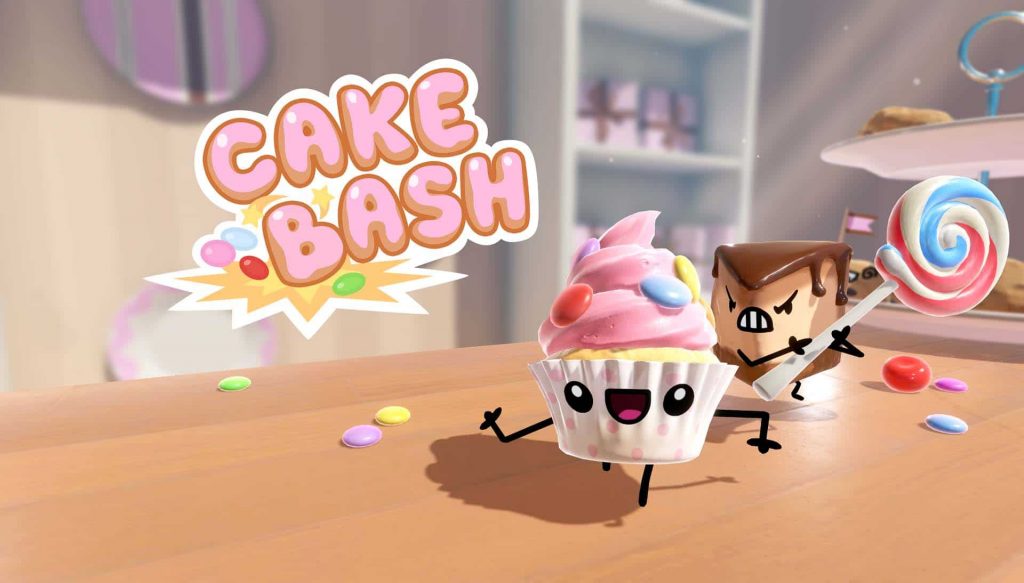 Cake bash is an all-out fun game where you play as a cake on their way to becoming the tastiest cake around and make sure the customer picks you. You’ll battle your way through some candy-filled mini-games to become the tastiest treat. Earn chocolate coins as you play through each mini-game to buy yourself some delicious toppings. Smash fortune cookies, throw strawberries and dodge cutlery to become the chosen one. Complete cake madness! 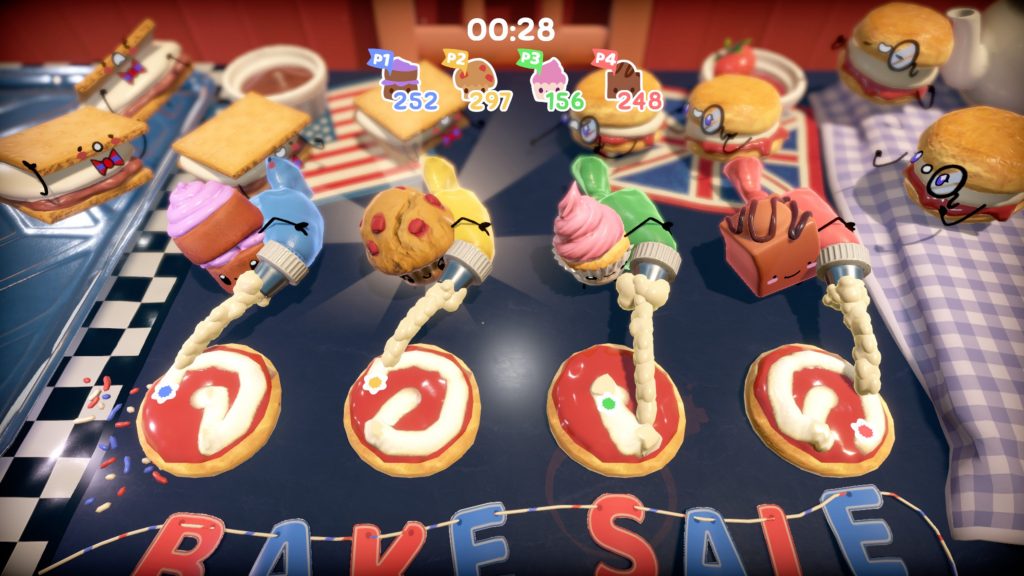 You have the choice of playing with up to 4 friends online, spending time with the family playing split screen at home on the couch or facing off with 3 bots as you play each mini-game.

At the start you get to choose whether you want to play the tutorial to learn the controls and get the hang of game play. Although not very in-depth, it’s a simple tutorial and I found it quite easy to follow.

The controls are simple to use with basic movements and I had no issues picking items up on the map, whether that was picking up strawberries to throw into the pie sat in the centre of the table or picking up the big lollipop up to smash an enemy cake of your choice to temporarily disable them from competing. 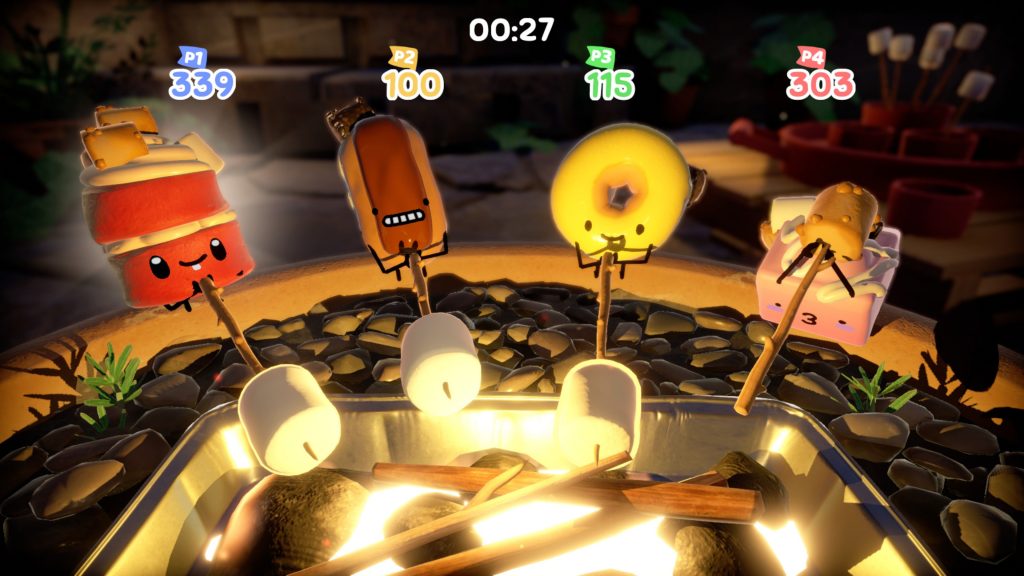 You can also punch your opponents out of the way so you can pick up sweets or items first, or into the path of oncoming obstacles.

Your goal is to become the tastiest looking treat, so the customer picks you at the end of playing several mini-games. Who knew it would be this enjoyable to smash fortune cookies and dodge cutlery? Throughout each play through you will play 7 mini-games and have 4 chances to buy your toppings. 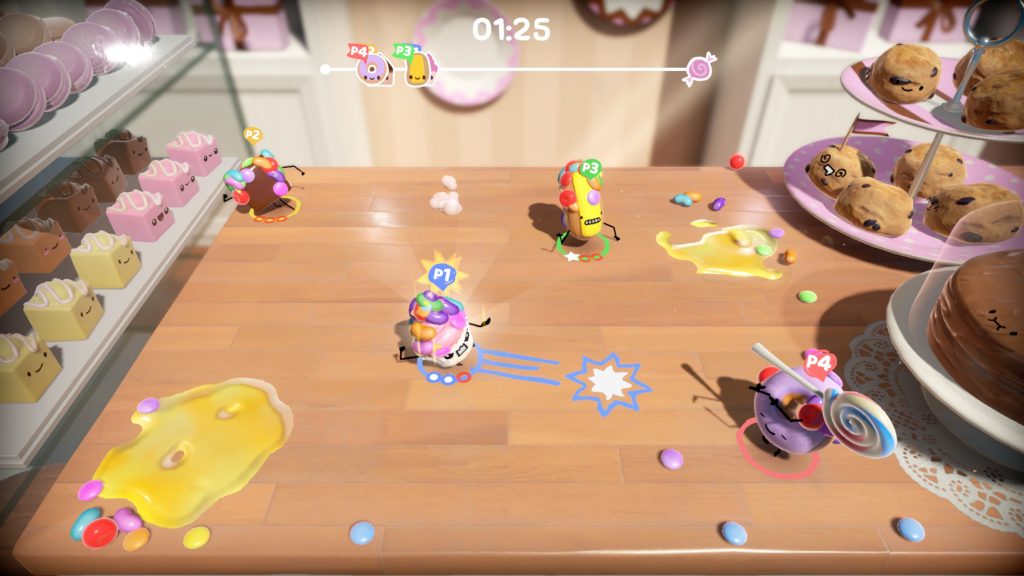 No 2 mini-games are the same, but I did notice that they seem to randomly cycle, so you can end up playing the same mini-games back to back now and then. After each round you’ll get to vote on what mini-game you want to play next, like Sweet Victory where you’ll have to pick up the most sweets to earn the most points.

Or Fork knife (nice play on words) where you’ll have to dodge the cutlery dropping on top of a shrinking cake to be the last one standing. Each mini-game  has its own challenge within, like a big pigeon dropping eggs on your head and swooping in to peck you or old milk pots falling from the sky, breaking as they hit the floor making it all sticky to slow you down.

The game has in game currency which comes in the form of chocolate coins. You’ll earn your chocolate coins as you play so that in between the levels you’ll be able to buy extra toppings to make yourself look more delicious. 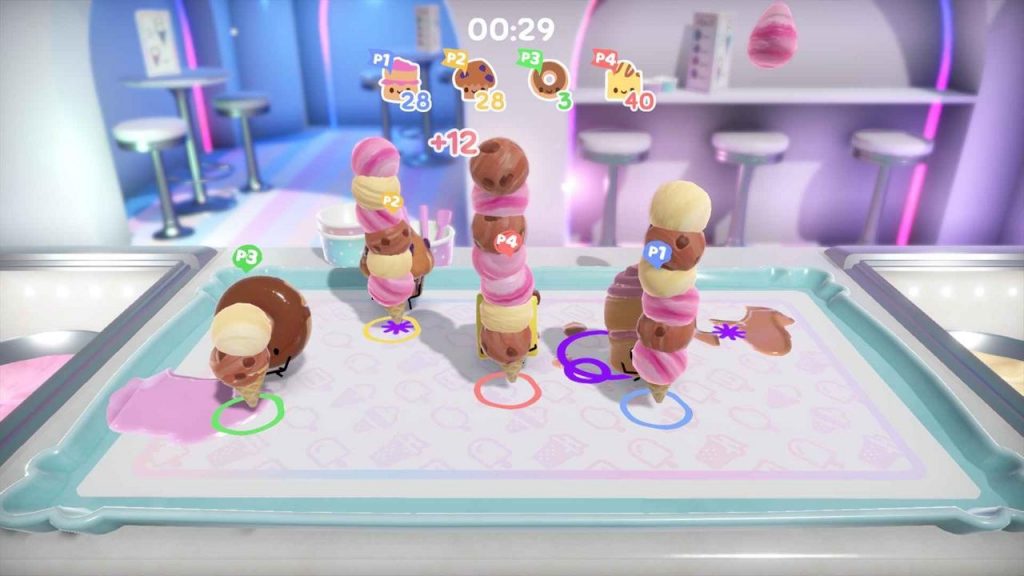 Combine three of the same toppings and it’ll turn into a ‘Super topping’ for more points at the end. The mini-games are fun and simple to play so you’ll have a lot of fun with family and children playing this game.

The graphics and sounds within the game are fun and cartoony. Simple games with lots of bright colours on the cakes and the candy around you and on the map. The cakes look good enough to eat…. Well if they didn’t have faces.

Being a party game, you can enjoy playing for hours with friends online or locally at home with the family. There aren’t a lot of mini-games to choose from but once you unlock them in the game you can go back and choose which every mini-game you would like to play. 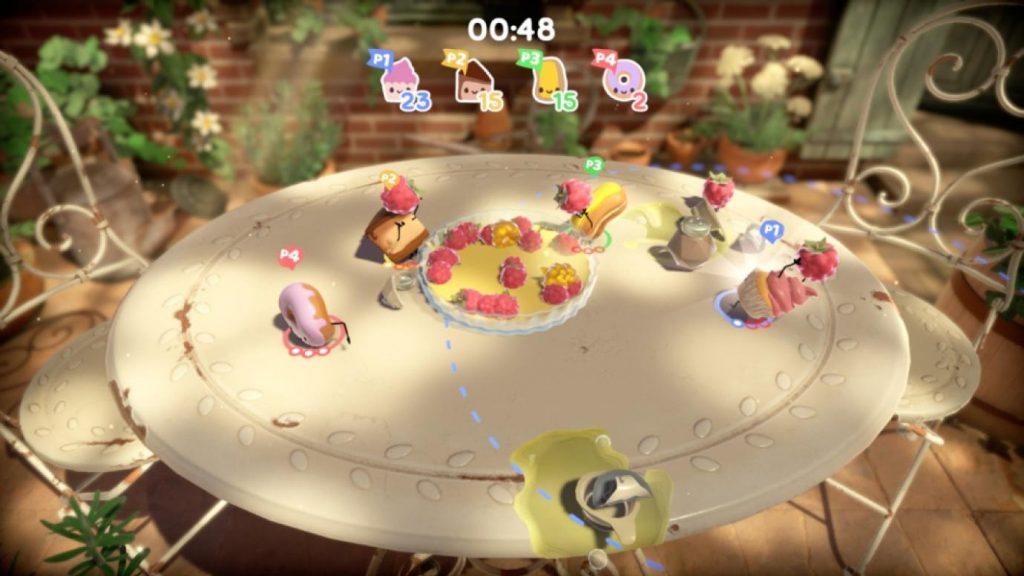 I’ve enjoyed playing Cake Bash, especially with my children they loved this game. The game modes are easy to play and children of all ages can play thanks to the simple controls of the game. My favourite mini-game must have been Neapolitan where I had to catch the scoops of ice cream dropping from above whilst not letting my cone tip over or I’d loose all my points.

I would have scored Cake bash higher had there been a few more mini-games to play, but overall it is an excellent family friendly party game for some light-hearted fun cake smashing.

I will give this the Thumb Culture Gold Award. 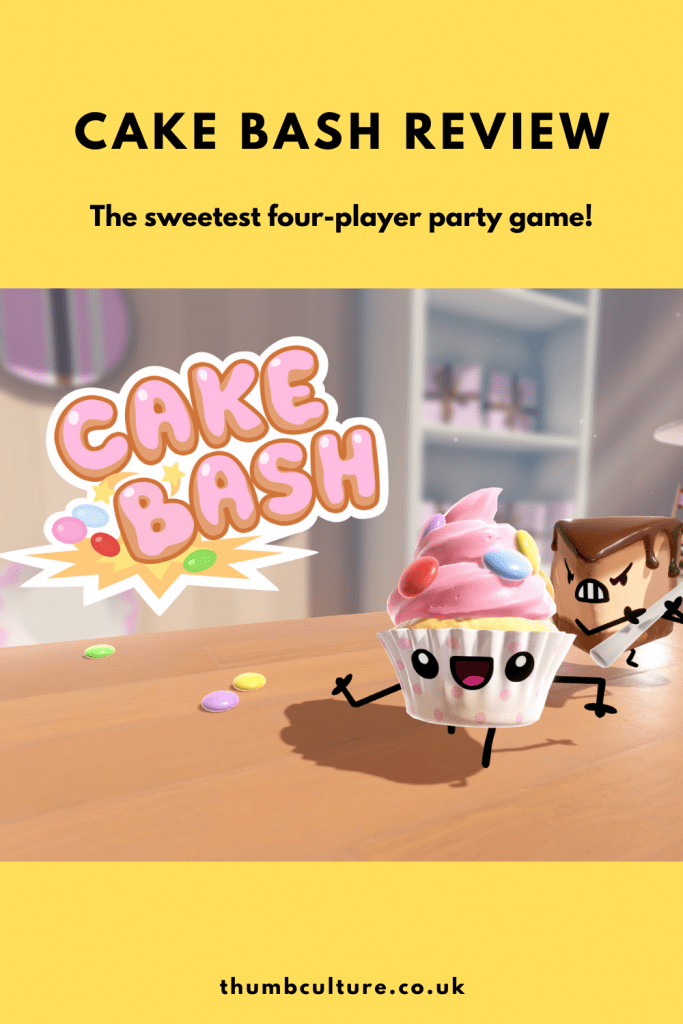