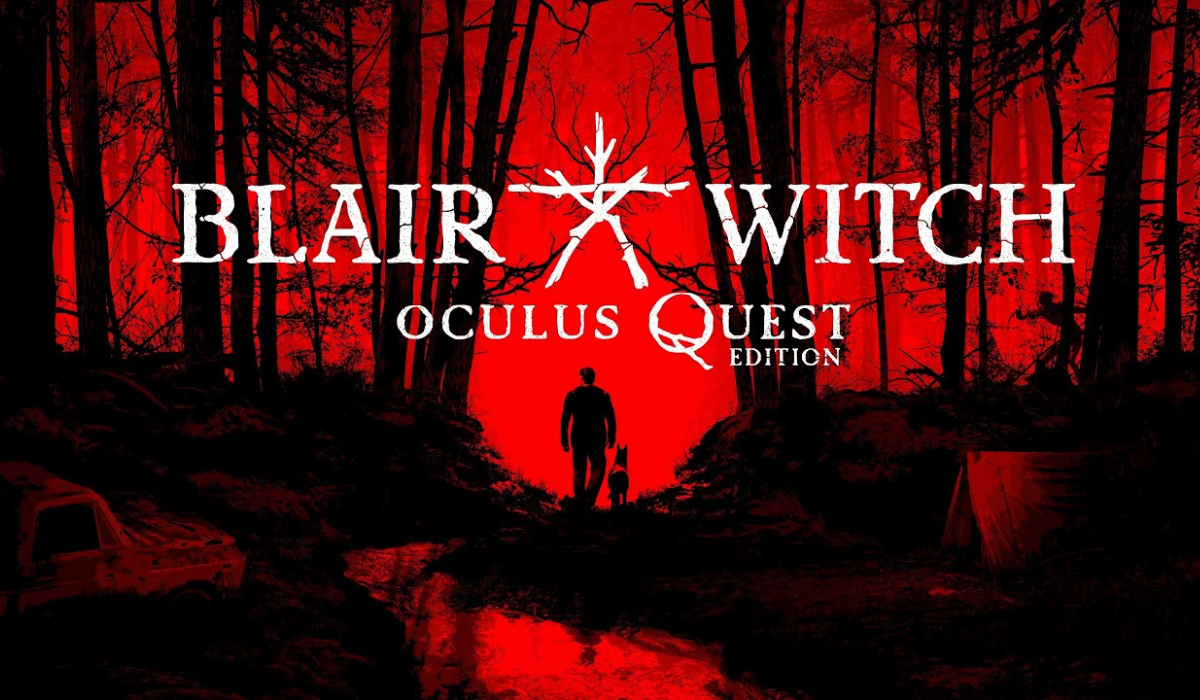 If like me, you remember the release of the shaky camcorder movie Blair Witch in the cinemas back in ’99, you will know all too well the psychological horror that lies within this game.  Developed and published by the Bloober Team, Blair Witch: Oculus Quest Edition puts you in the woods, more or less on your own, in VR.  What could possibly go wrong?!

I must admit, receiving this game to play for the Quest 2 was at first “yay this is going to be amazing!”, then it dawned on me that I was going to be the only one in the house that night.  With the static crackles on the baby monitor and the cats seemingly creaking on the floorboards louder than usual, I went from a bold character to a jumpy wreck before I had even got going!

I really enjoyed Blair Witch: Oculus Edition when it came out in the cinema.  The whole PR frenzy where they created a spoof website reporting the kids missing in the woods added to the realism and hype.  Seeing it on the big screen was certainly an experience and while I appreciate there are many haters out there, I thought it was pretty scary, especially as we used to go camping in the woods ourselves.

Onto the Blair Witch game!

Donning the Quest 2 and booting up you are greeted with an old crackly tv in a dark room where you select your game options.  Looking down to your right you see your faithful mutt Bullet waiting for you to do something.  Selecting to begin, an intro movie begins laying down the story so far.  A boy has gone missing in the Black Hills Forest near Burkittsville, Maryland sparking a massive search of the woodlands.

You play the role of Ellis, a former cop with a troubled past, who has decided to join in the search.  Parking up beside a couple of other trucks it is down to you and Bullet to start piecing the mystery together.  While you begin in daylight, feeling pretty relaxed and comfortable as you being to explore the surrounding area, things are going to change once night time arrives!

Blair Witch: Oculus Edition is designed to be played either sitting down, standing up or to room-scale.  The controls are fairly easy once you have played the first 10 minutes of the game whereby a tutorial guides you.  It was an incredible feeling being immersed in a woodland where you have full range of movement.  I found that if I used the thumbsticks to turn my character around it was very easy to lose your bearing and navigate the wrong way.  Although this was at times frustrating, it added more to the fear of it all, realising you are lost in the woods with eerie sounds and shadows to keep you company, not knowing what was going to happen next.

The level of interaction is really clever in Blair Witch: Oculus Edition.  Reaching your hands to the various pockets on your chest allows you to pull out a mobile phone, a radio, a whistle for Bullet, and a torch.  The torch can either be worn on your chest pocket or held in your hand.  Documents and evidence that you find can be pulled out by placing your hand over your shoulder to reach into your backpack.  Items that you find on the ground such as evidence and other environmental objects such as cans, barrels and crates can be picked up and thrown or placed back down.  At one point I found a map detailing where people were searching in the forest, there was a marker pen that I could pick up, so I did so and began drawing all over the place.  The hand gesture commands are great, and you can also pet Bullet and play fetch with him.  Just don’t look behind you…

While I would say that the forest is very large, the game does do well to keep you in certain locations until you have discovered what it is you need to find in that area.  Bullet is your eyes and ears, constantly sniffing and searching all around you.  Bullet also adds to the fear factor by growling when there is something occult close by.  Should you wander off on your own without Bullet your mental state takes a bashing invoking flashbacks and hallucinations.  All can get very nasty as you try and work out what is real and what is not.

When it comes to the story, it is split into 17 chapters.  During key moments of exploration, the story of both Ellis and the missing boy are slowly unveiled adding further mystery and revelations in the process.  Now Blair Witch wouldn’t be Blair Witch if there wasn’t a camcorder in it somewhere.  Very early on you discover one and insert a tape into it.  Once more the immersion is brilliant as you unfold the screen and start playback to see what it has recorded.  Now you must remember to also keep an eye on your surroundings during playback as in a similar way to Detroit: Become Human, the evidence is revealed that you will need to wander over to and investigate.  The twist here is that the item will only be there during the camcorder playback.  It is all very surreal and for some reason, it took me a while to work out what I had to do!  The camcorder events are key to establishing what has happened as well as guiding you as to what to do next.

Overall the gameplay is very well done.  Once night has settled it is so damn creepy in the woods and very easy to become disorientated.  Armed with a torch you actually begin to scare yourself a majority of the time, simply because it is so immersive.  There’s nothing better than something scary happening and all of a sudden you can’t make any contact with anyone as there isn’t a signal!

I only came across one glitch which was a right pain in the bum.  On one of the chapters I had just navigated across a pond and was following Bullet up a slope when all of a sudden I fell through the map.  I just fell forever and had to restart the game.  This happened several times over as I tried to find a path up the slope that didn’t send me falling.  Hopefully, they will patch it but as a warning just remember to keep saving when you can otherwise the immersion is quickly lost.

On the Oculus Quest 2 the graphics of Blair Witch: Oculus Edition looked really good with a high level of detail.  While the gameplay is a key part to any game, when playing VR games the fluid movement and of course audio is equally as important as you want the player to be totally immersed.  I’m happy to say that this is all carried out to a very high degree in Blair Witch: Oculus Edition.  The many interactions that you have really make you feel that you are there, alone, in the woods, fumbling to use your radio and phone just to hear somebodies voice and give you comfort.  The creepy sounds of sticks crunching, animals howling and the wind blowing through the trees occupy your headset alongside other ominous goings-on.

I found Blair Witch: Oculus Edition to not make me feel that motion sick unlike some other games I have tried, EchoVR, for example, does me in.  There are 17 chapters to navigate through so I feel there is at least 12 hours of gameplay to be had depending on how fast you can solve puzzles and collect all the necessary evidence.

Blair Witch: Oculus Edition is a brilliant immersive horror game to play on the Oculus if you love the idea of being alone in a dark forest with nothing much more than a flashlight, a dog and some hit and miss phone and radio reception.  The idea of knowing that something is out there, coupled with the flashbacks of Ellis’ past life really starts to get to you.  Other than the fault of the map letting me fall through it at one particular point and the odd freeze in gameplay while the next part of the map is loaded up, I can’t massively fault it.  Can you find the missing child Peter and walk out alive? 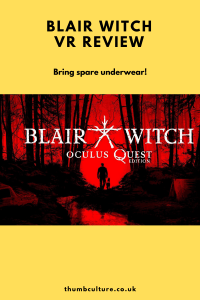 Zombies Ate My Neighbours… Returns! Coming Out On Switch Soon!

The Super Nintendo classic game, Zombies Ate My Neighbours from 1993 is being re-released on the Nintendo Switch in June! Alongside this is Zeke and...

QPAD have delivered a wired alternative to their recent QPAD DX-900. This comes in the form of their QPAD DX-700, similar not only in name...