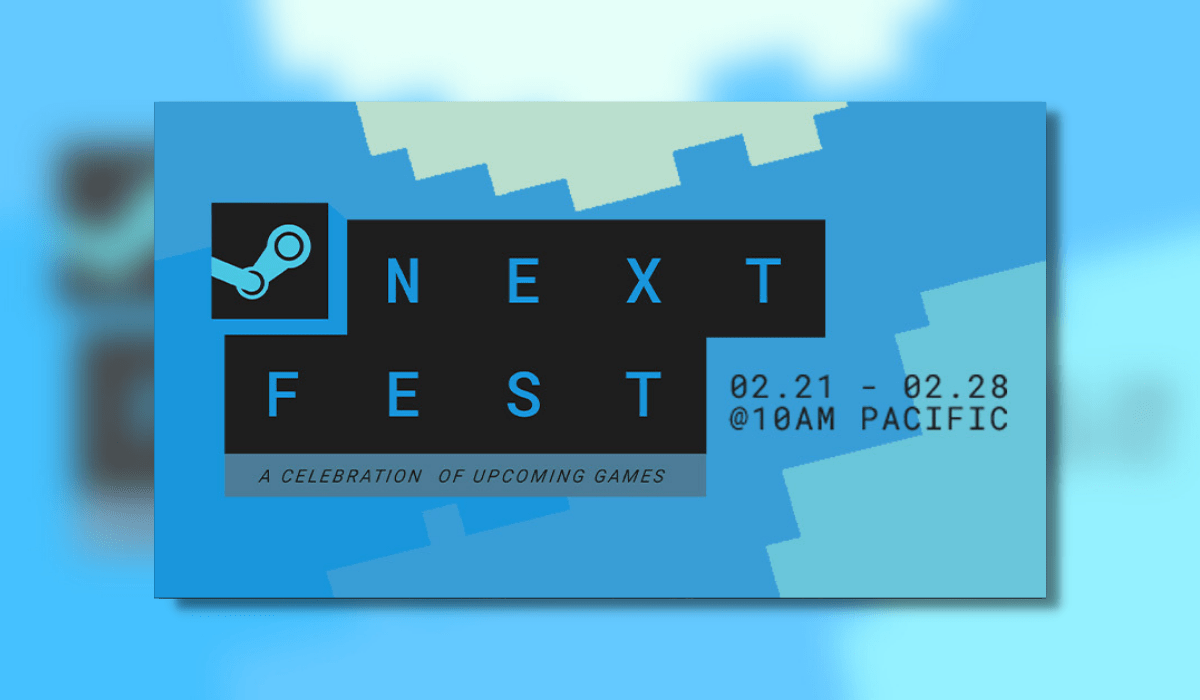 The calendar of an indie gamer can be quite a robust one. Every month will have a plethora of news updates or upcoming releases to look forward to. But you can be sure that one event will be highlighted in thick bold colours and with many exclamation marks: STEAM NEXT FEST. A thrice-yearly celebration of indie talent spanning 7 days, Steam Next Fest hosts hundreds upon hundreds of game demos from both new and established devs and a wide variety of genres. Players also have opportunities to join dev streams and Q&A sessions and learn more about the wealth of games on display. And it’s not just for indie lovers. AAA fans will easily find plenty to enjoy and if you’re looking for a place to start with indie gaming, then you’ll find no better starting point than right here.

Spring 2022 Next Fest ran from February 22nd – 28th and the sheer amount of content on offer was nothing short of astounding. As was the quality. Even a religious attendee like myself was blown away.

Without further ado, here are but five of the many top-notch tasters this Spring Steam Next Fest had to whet gamers’ appetites: 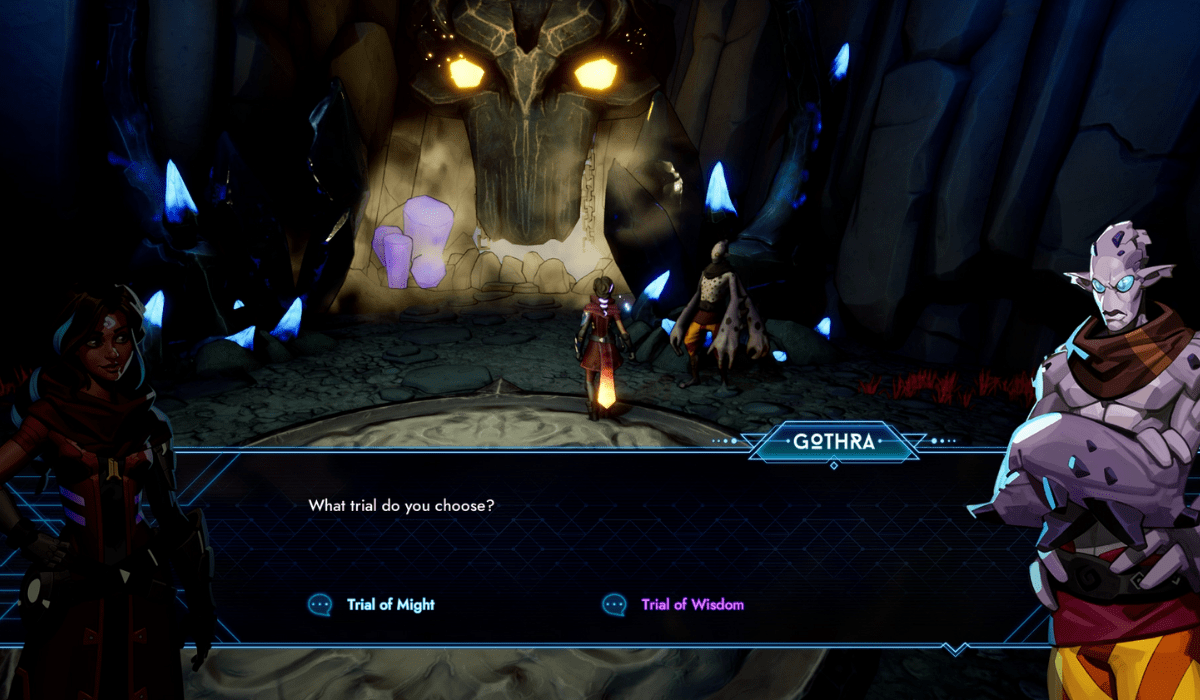 We all embody elements of the sun and moon in ourselves, but not quite so literally as in Batora: Lost Haven. Sixteen year old protagonist Avril, dealing with a tragic and troubled past, finds herself the vessel for the Sun and Moon deities and wielding their power. Using these gifts, she has the ability to save the Earth, but also potentially lead to its destruction.

Opting for an isometric view, Batora displays beautifully vibrant visuals and detailed locations. Switching between Sun and Moon states changes Avril’s physical and mental abilities and control schemes, going from hack and slash to a twin stick shooter. Quick switching is vital to turning the tide in combat as quarters can be rather tight and enemies have different weaknesses. Underpinning this elemental action is a wonderfully engaging story, peppered with wit and powerful choices. Some consequences are immediately apparent, some it is unknown just how far reaching they will be. But this merely adds another layer of intrigue and anticipation to this action-filled romp.

If you’ve always wanted to hold the moon in your hand and feel the fire of the sun, Batora: Lost Haven will satisfy those fantasies in stylish interplanetary style! 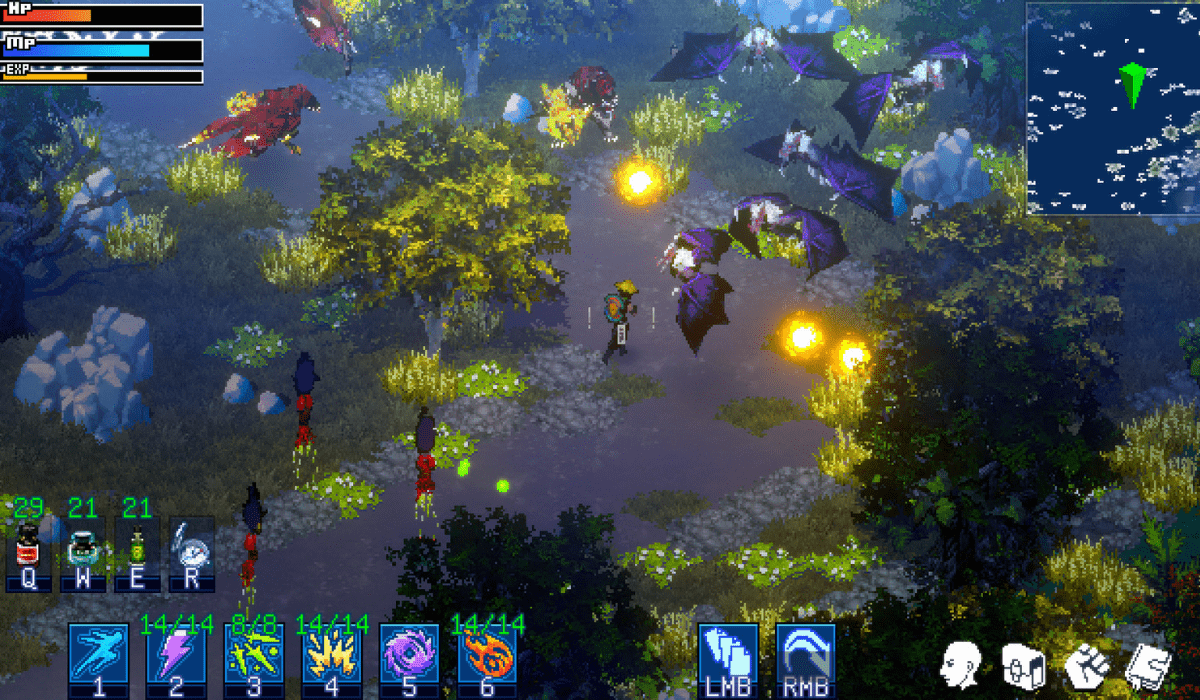 Pixel art and loot-based action-RPGs are both beloved by many, but have rarely come together under one title. Enter Ghostlore by Andrew and Adam Teo. Set in a world inspired by Southeast Asia, monstrous horrors from the Spirit World known as the Mogui have begun to appear and terrorise the local populace. You are an apprentice hunter, blessed with unnatural skills and the one tasked with rescuing the Master Ghosthunter and putting an end to these vile creatures.

Described as an ‘Eastpunk’ action-RPG, Ghostlore’s demo showcases beautifully intricate art with locations brimming with gorgeous colour and eastern flair. As you would expect from the genre, combat is tremendously smooth and satisfying, not to mention the customisation options being quite vast. The unique ‘Glyph’ system gives you an edge when equipping special runes and weapons are varied and reminiscent of those in southeastern martial arts. Of course there are also different classes to choose from, but these in no way restrict you on the weapons front. If you can pick it up, you can wield it, with great enthusiasm. And with every monster you fight, you gain an insight into its history and indeed lore.

Looking for an engrossing loot-fest chock full of lore and Eastpunk vibes? Ghostlore should be next on your list! 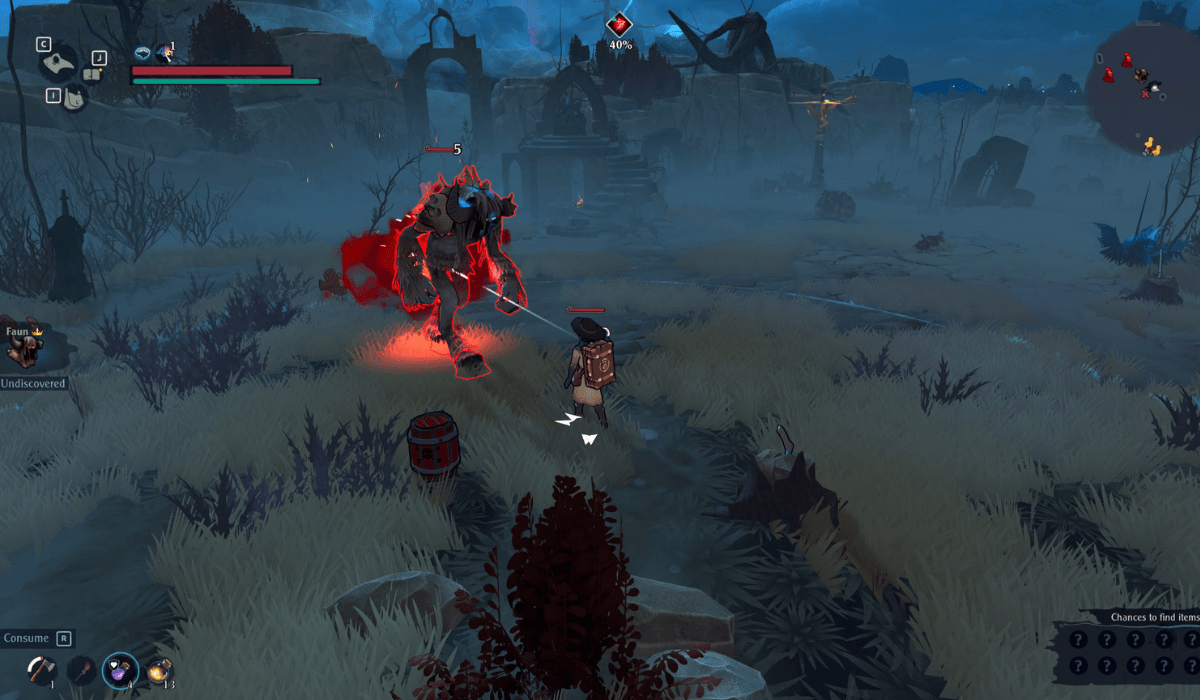 It’s time to get medieval! The Serpent Rogue from Sengi Games brews up a dark ages action-adventure concoction with lots of layered ingredients. You are ‘The Warden’, a mysterious alchemist in plague doctor attire, tasked with protecting the realm from the Serpent Rogue and its ever-spreading corruption. The very fabric of existence is at stake and every action you take has consequences.

Interaction, crafting, exploration and discovery are the focuses here. Almost everything you see in the realm can be interacted with and you can learn more about. Seek out ingredients for potions and salves, fend off or tame a variety of creatures and complete quests for the locals. Every aspect is intuitive and satisfying, fuelling the desire to uncover more. Nothing feels unnecessary or tacked on, as is often the case with games with numerous mechanics. Once you’ve tamed your first dog, you’ll find yourself suddenly feeling the urge to obtain a whole animal entourage—and it may well be to your advantage.

Coupled with a striking cel-shaded art style, The Serpent Rogue makes for a very addictive adventure. Those who love discovery through experimentation will find their virtual rabbit hole in just a few minutes.

Verne: The Shape of Fantasy 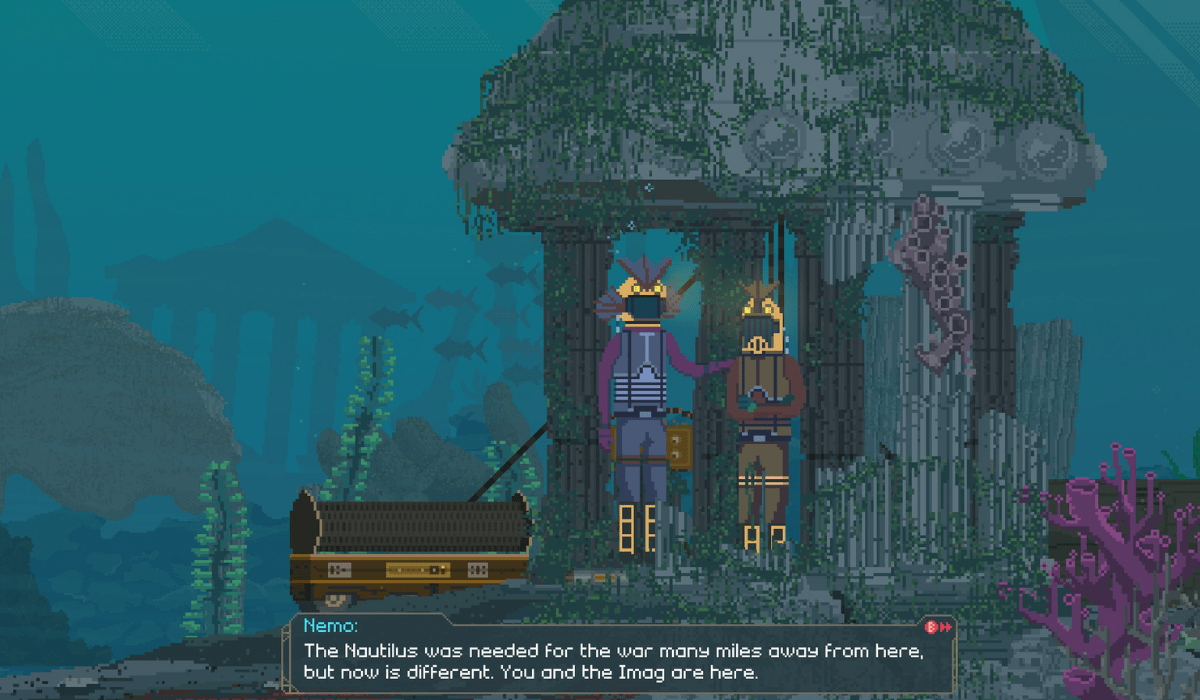 20,000 leagues are brought much closer to home, but by no means made any less inspiring. Gametopia’s Verne: The Shape of Fantasy brings the wonder of Jules Verne’s life and works and infuses it with the [something] of mythology. In this indie outing, the titular wordsmith journeys with the enigmatic Captain Nemo and his crew aboard the Nautilus in the world of Hemera, searching for the power source of Atlantis. But a nameless enemy is in pursuit and imagination itself faces eradication.

Inspired by the greats of the adventure game and literary world, the demo has players explore beautifully detailed pixel art locations and use the IMAG—an ancient Atlantean device—to rewrite reality. Physical gauntlets challenge your limited prowess and both item-based and logic puzzles put your solving skills to the test. And, as befitting its inspiration, Verne rewards exploration through RPG elements and sidequests. All the while, the excellent sound design and hampered control conveys the all-encompassing power of the ocean bearing down upon you.

In stoking the fire for adventure and exploration, Verne: The Shape of Fantasy definitely hit the spot. And those looking for excellent pixel art visuals? Verne’s got you covered there too! A win-win all round.

the machine that BREATHES 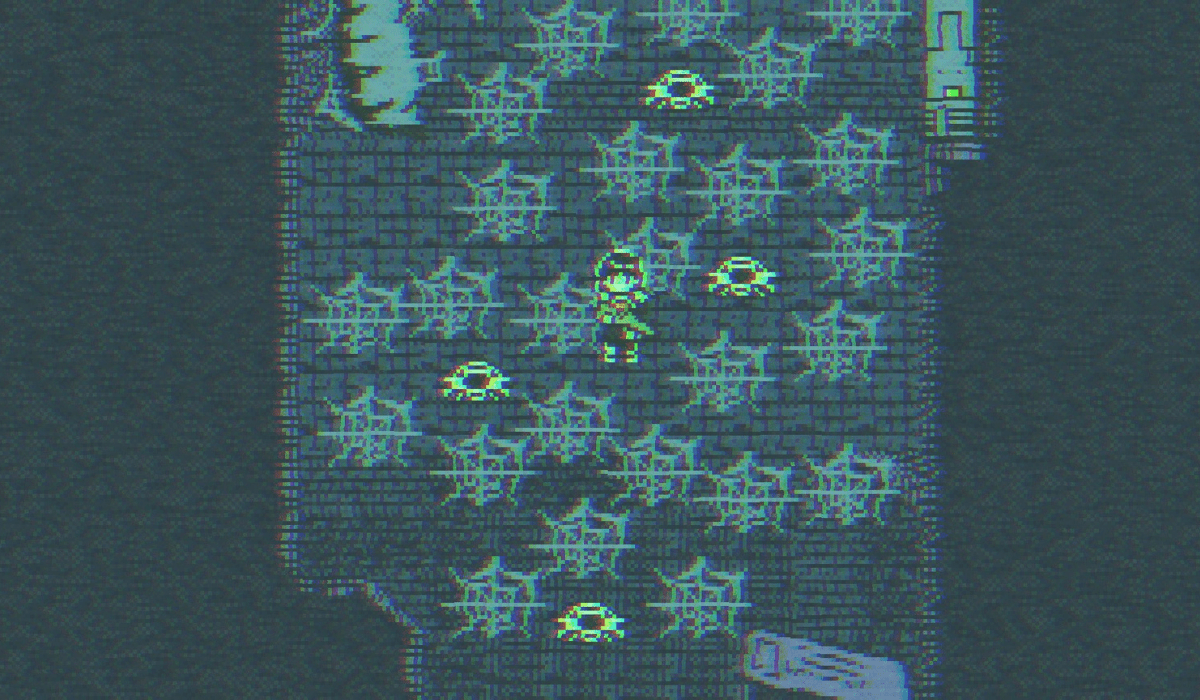 As games like Undertale have shown, late ‘80s NES-esque graphics sometimes make for quite the unsettling experience. Throw in futuristic machinery gone rogue and the absence of humans and you’ve got a veritable heebie-jeebie fest. Inspired by the likes of Resident Evil and System Shock, survival horror the machine that BREATHES by Shweep Games paints the picture of a mechanical future. You are an A.I. designed to measure seismic activity when you lose contact with the surface. After years of silence, you find your mind in a cyborg body in an underground facility. It is completely empty, but you are far from alone.

The faulty security camera visuals and sound design are unnervingly atmospheric, making the facility both exciting and unsettling to explore. Aggressive machines stalk the claustrophobic corridors and supplies and ammo are scarce. Retreat is not only valid, but often the best tactic. That or becoming machine fodder. Through tapping into archives and logs, you start to piece together what happened in this underground dystopia and your role in it.

Even if survival horror isn’t your forte, the machine that BREATHES is a unique experience that will draw you down into the underground and stay with you long after shutting it down.

Whether you’re a seasoned player or just dipping your toes in the world of indie gaming, Steam Next Fest always has something for everyone. The next Next Fest comes around in summer, so keep your eyes peeled for dates and stop by for a week of virtual summer delights. We sure will!