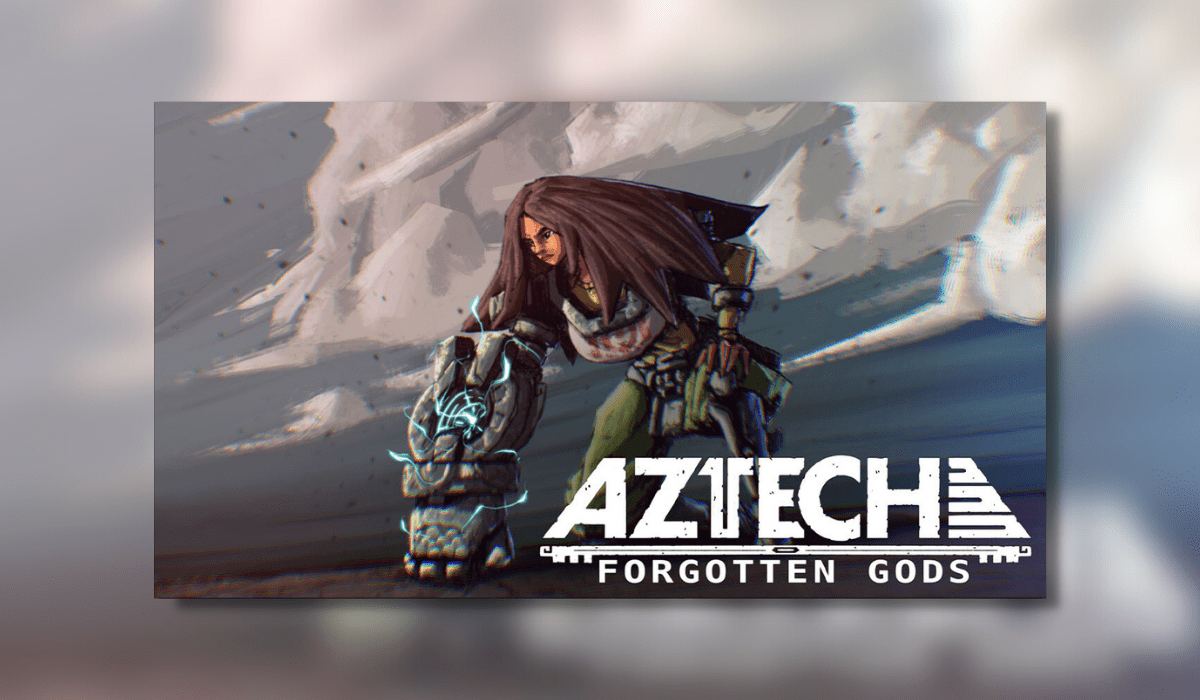 Aztech Forgotten Gods is a new action-adventure game developed and published by indie studio Lienzo (Mulaka, Hunter’s Legacy) available on March 10th. The game is set in an alternate reality in which the American continents did not face conquering nations and civilizations such as the Aztecs were able to flourish and develop into a modern technical society. You wield the power of the Forgotten Gods and become a hero as you turn their power against them.

I wasn’t quite sure what to expect when I first took a look at the info available for Aztech Forgotten Gods. Once I got to playing it, it took a while for it to really sink in too. Only once I’d got further into the game though it finally did click and I began enjoying it more. Have you ever had a game that didn’t quite click for you dear reader? Did you soldier on or decide it would be best to put it down, possibly to come back to later? Tell me about it in the comments after reading up on Aztech Forgotten Gods.

Aztech Forgotten Gods takes the action adventure genre into a time where an extinct culture has become a modern marvel. Future advancements in technology coincides with heavy influences from the past. It allows the player to envision a future that wouldn’t be possible due to our history of the world rather than being set in some dystopian era. Atzech Forgotten Gods utilizes the concept of cultural history to face a modern dilemma through use of ancient artifacts. To succeed and progress in the story the player must face off against creatures that resemble ancient deities as well.

The gameplay of Aztech Forgotten Gods took some adjusting for me. The camera is at a somewhat odd offset third-person perspective to start and I’ve grown so accustomed to pressing shift to run that it took a while to break the habit of constantly trying to move faster that way. Once you start playing around with the Lightkeeper, the primary artifact in the story, mobility becomes a moot point as you fly around the world with ease.

Combat was another aspect of the game that was fairly off-putting as well. Aztech Forgotten Gods uses a well-timed punch mechanic during combat to land strikes against enemies. However, how to do this really isn’t fully shown to the player until they are thrust into combat and basically have to learn it on the fly. As a result, I felt that I was doing more of a button-mashing mixture at times rather than effectively fighting enemies.

Aztech Forgotten Gods is a mixture of flavours as far as graphics go. In some ways it is very minimalistic and somewhat of a low-poly adventure. In other ways though it is colourful and brilliant, especially with how the developers have brought in the Aztec cultural influences into the world. For my time in the game I was on PC and I’m sure it is just as beautiful on consoles if not more so. The game even includes a photo mode for you to play around with and capture some unique screenshots.

Nothing really stood out to me in the audio department. I guess the only major note was that there isn’t any voice acting for any of the dialogue, just a lot of gasps, sighs, and exclamation type noises throughout. Aztech Forgotten Gods will have you reading through a lot of dialogue. Though this isn’t a huge deal, it just felt off in comparison to other modern games. Though now that I’m thinking about it, it almost reminds me of old games like Mario 64. Still, it would have been nice to have at least some voice acting in the cutscenes if not with the dialogue in general.

Although there are different difficulty settings in Aztech Forgotten Gods, I didn’t feel as though it is a game worth multiple playthroughs. I didn’t encounter any choices with dialogue that would suggest different outcomes. Building up the skills with Lightkeeper also would appear to be something that just took a matter of time to fully acquire. There are also some minor customization options for outfits and hairstyles that have no impact on gameplay as far as I could tell. So basically Aztech Forgotten Gods is a game worth playing through once and maybe returning to later when you’ve mostly forgotten about it or didn’t finish it the first time around.

Overall, Aztech Forgotten Gods is a fairly decent game. It has some great cultural references and decent gameplay, but is lacking in other areas more common with modern games. It also suffers the fate as many other story-driven single player games. There isn’t really much to look forward to seeing different on another playthrough. I’d have to give it the Thumb Culture Bronze Award for these reasons.

Check out my previous reviews here.