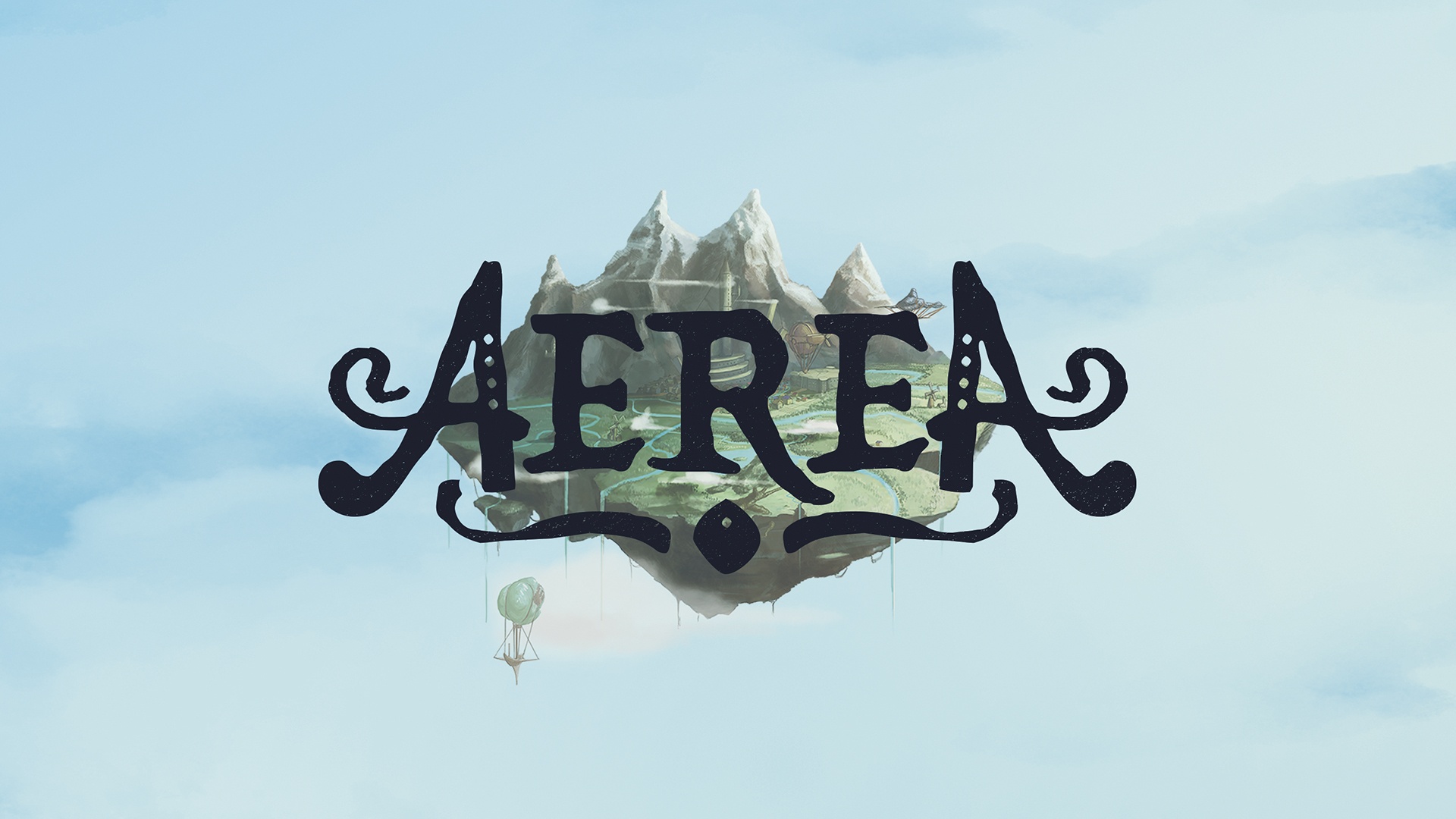 AereA is a music themed action RPG (ARPG) developed by Triangle Studios and published by SOEDESCO.  Presented in 4K resolution, you are to play as one of the Great Maestro Guido’s disciples as you explore the mysterious floating island of Aezir.  Your quest? to find 9 primordial instruments in order to restore balance and peace to the world.

With a fair amount of ARPGs currently currently on the market such as Victor Vran and Super Dungeon Bros, I was wondering how AereA would squeeze itself into the genre and set it apart from the others.

The intro kicks in and a simple menu appears set to a background containing Aezir broken into a number of smaller islands and a floating airship.  Selecting “start game” I embark on choosing my save slot and selecting my character.

There are 4 playable characters that you can choose from, namely; Wolff the Harp-Archer, Jacques the Cello-Knight, Jules the Lute-Mage and Claude the Trumpet-Gunner.  Each character has their own unique abilities such as long range or close quarter combat.  The game starts and you find yourself in Aezir’s concert hall building where your guide Eleanor asks if you require any help with playing before handing you over to Clef, a peculiar squat green parrot with glasses who flies off along the corridors, hopefully with you behind him.

As you wander through the large concert hall building the hand drawn scenery looks good on the PS4 Pro, however it is hard to notice at this point a 4K wow factor.

Eventually you find a chap called Antonio who gives you your first quest to investigate a noise in the sewer and then it is off to locate Elgar, the chap/bell-boy who is in charge of travel.  A map opens up and finally you can select your first quest, there is a short interlude and you appear on an airship.  I did find myself exploring the airship to only find that I merely had to walk about 10 metres along the ship and walk into another transporter unit to begin the level.  It all felt a little strange and pointless.

In the sewer, all manner of spiky traps and rats await you as you navigate through doorways into sewer junctions.  The rodents are slain fairly easily with a quick primary attack however bewarned that they respawn after a short amount of time.  Locked doors with huge padlocks temporarily stop you in your tracks however they are openable by either clearing the room of critters; through pulling a metronome lever; or by placing a block to create a music energy alter.

Located around the dungeon/sewer are pots that can be destroyed to earn clefines, the currency of AereA, and these are used to purchase upgrades, consumables and new abilities for your character.  Loot can also be collected from the dead creatures that very soon litter the floor around you.  Discovering song sheets enables your character to learn new skills and upgrade their weapons.

As well as single player there is the option for upto 4 player local co-op.  Something to definitely entertain the family rather than letting them sit around and watch you play.  Having all 4 characters in the game allows for some brilliant team play as you utilise each character’s skills to swiftly dispatch the enemy.  If you are playing by yourself, you are stuck being the character you selected, unfortunately there isn’t an option to swap characters before or during a mission, something that would have been fun to do.

Getting back to the game, AereA is fairly linear.  I was finding myself entering a room, killing whatever was inside before then being allowed to move on to the next room, before…repeating it all again.  Something that really got my goat was the fact that if you entered a dead end room to collect a key for example, going back to the room before meant once again killing the same enemy that you had just previously killed earlier.  It all got a little boring to be honest.  The combat moves of the characters are very limited and lacked enough variation to keep the game interesting.  To sell the game on the tag that there are 9 bosses to defeat also seemed a little strange as it didn’t feel to be enough, especially when the levels are fairly simple and mundane.

The graphics are not by any means ground breaking however the decor and backgrounds are good looking and certainly add depth to the gameplay.  I was a little disappointed when selecting a character how samey they looked, a bit like when you used to create a mii character on the wii, there were a lot of physical similarities with head shape, etc.  It would have been nice to of had a few more physical features to set them apart from one another other.

Being a music based game, sound is something that AereA does do very well, so much so that there is an option, certainly on the deluxe edition, to launch a separate AereA soundtrack app from the Sony dashboard.  The music, by Broforce composer Deon Van Heerden, is varied with a mixture of dramatic movie style action music as well as orchestral uplifting melodies featuring strong choral parts.  The music heightens the emotions of the game as you battle your way through dangerous territories and unveil more revelations to the mysterious story-line.

AereA is unfortunately tedious to play.  No sprint option, very linear, a pointless airship scene between quests, a dull story and basically no real thrill that sets it apart from other games to make me shout “go buy this game now!”  AereA may appeal to younger children for the basic gameplay and combat however for myself it was a very mundane and boring gaming experience.  If you really want this game then go and get it but for anyone else I would gladly wait until it is very cheap on the online store.