Animal Super Squad is developed and published by DoubleMoose Games, so what exactly is this bright and colourful game all about, lets dive in and find out!

Animal Super Squad in essence is a 2.5D platformer with vehicles.   The game has a short story mode where you collect the different characters, hats, and vehicles.  Even though the story is short the game depends a lot on community made content which ranges from laughable easy to so challenging you will want to go back and play the easy ones.  The game reminds me a lot of Trials (motorbike game) but instead of motorcycles you roll around until you find a motorised toilet on wheels that helps you get through obstacles.  Some obstacles take multiple tries to understand and get through, but thank goodness for checkpoints! 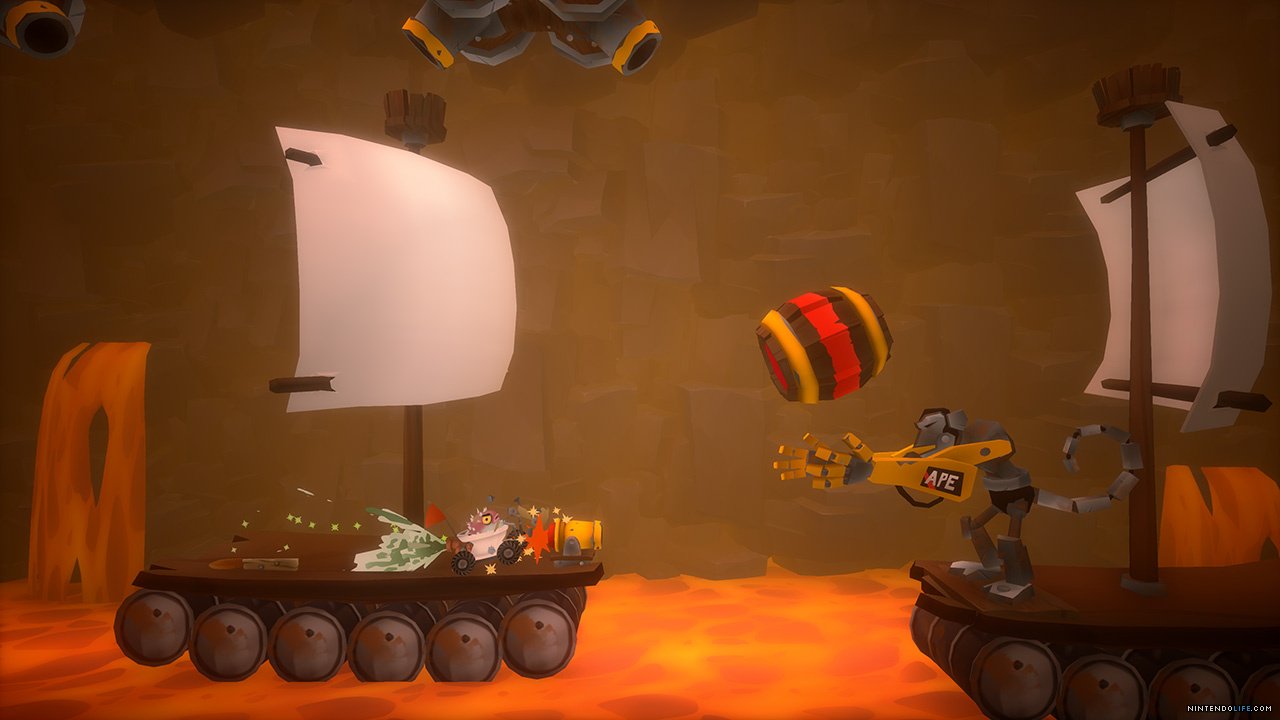 The controls on Animal Super Squad are easy to learn.  You move forward by pressing the R button on the switch and roll by using the Left Thumb Stick.  Jumping with the A button is used to help you get over obstacles.  The vehicles you obtain get pretty beat up going through the level and its easy to lose the front or back wheels among other parts of the vehicle which is a nice touch.  You might even have to abandon the vehicle and roll your way to the next checkpoint.  There are numerous vehicles that are unlocked through the story but all are unlocked in the community based levels.  Some vehicles have wheels while some use other means of getting you through to victory.  Like the propeller that will give you the art of flight, but don’t worry, the obstacles will make sure you don’t fly straight to the end.

Who doesn’t love watching cute little animals roll around in a cartoony fashion?  In Animal Super Squad you are able to change your character to a blow fish or a sloth and 3 other pilots, and put cool hats on them like a fez or a boot!  Animal Super Squad has a great art style that is simple yet satisfying and easy to look at for long time.  There are different types of level back grounds from water to fire that you can explore! 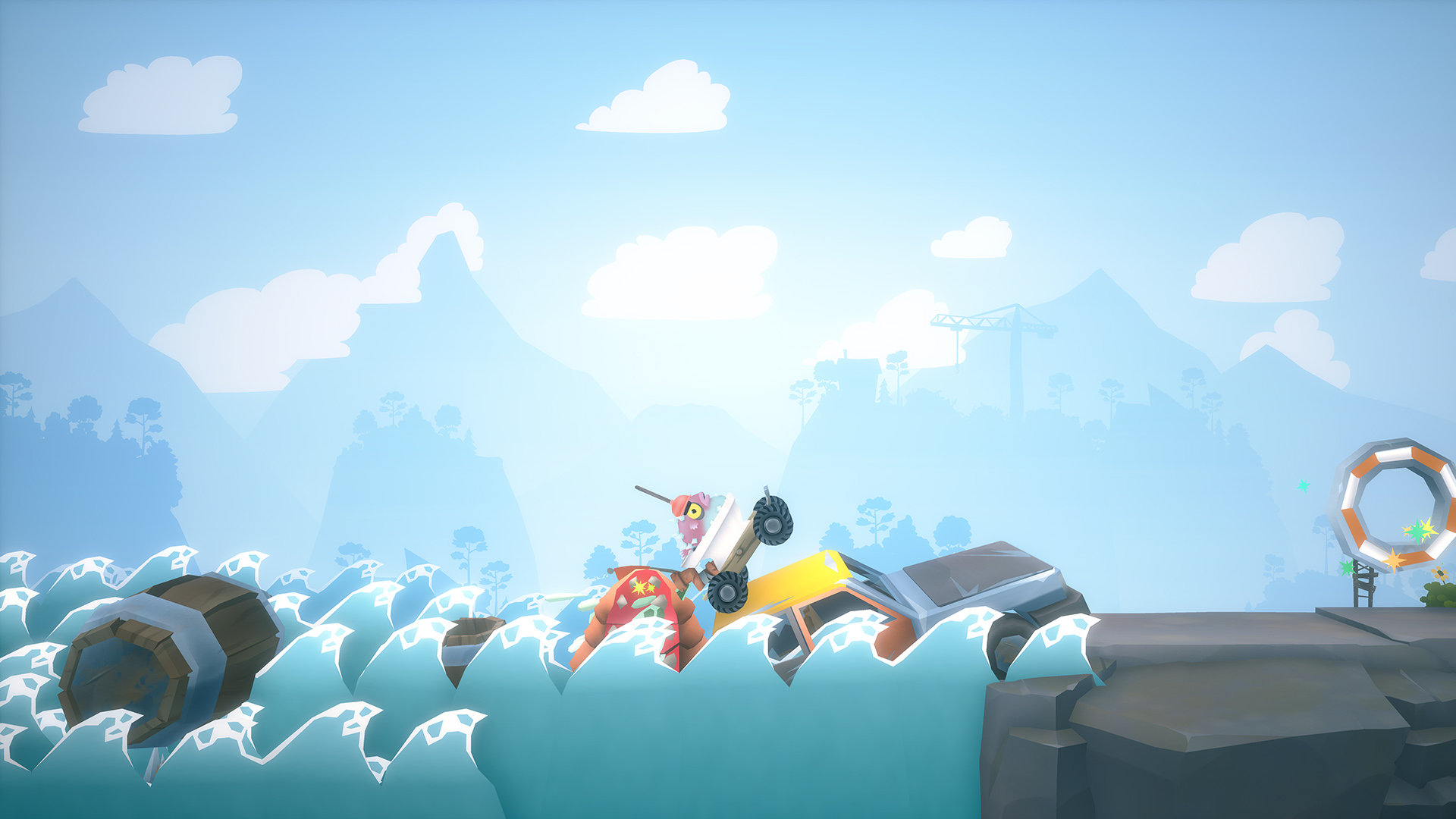 Animal Super Squad has some fast up-beat music plays in the back ground while you smash into fruit and sometimes fall to your watery/ fiery death.  Other than that not muchis happening in this area.  But that’s okay because you don’t need voice acting or crazy in your face audio while you are trying to avoid all the obstacles. 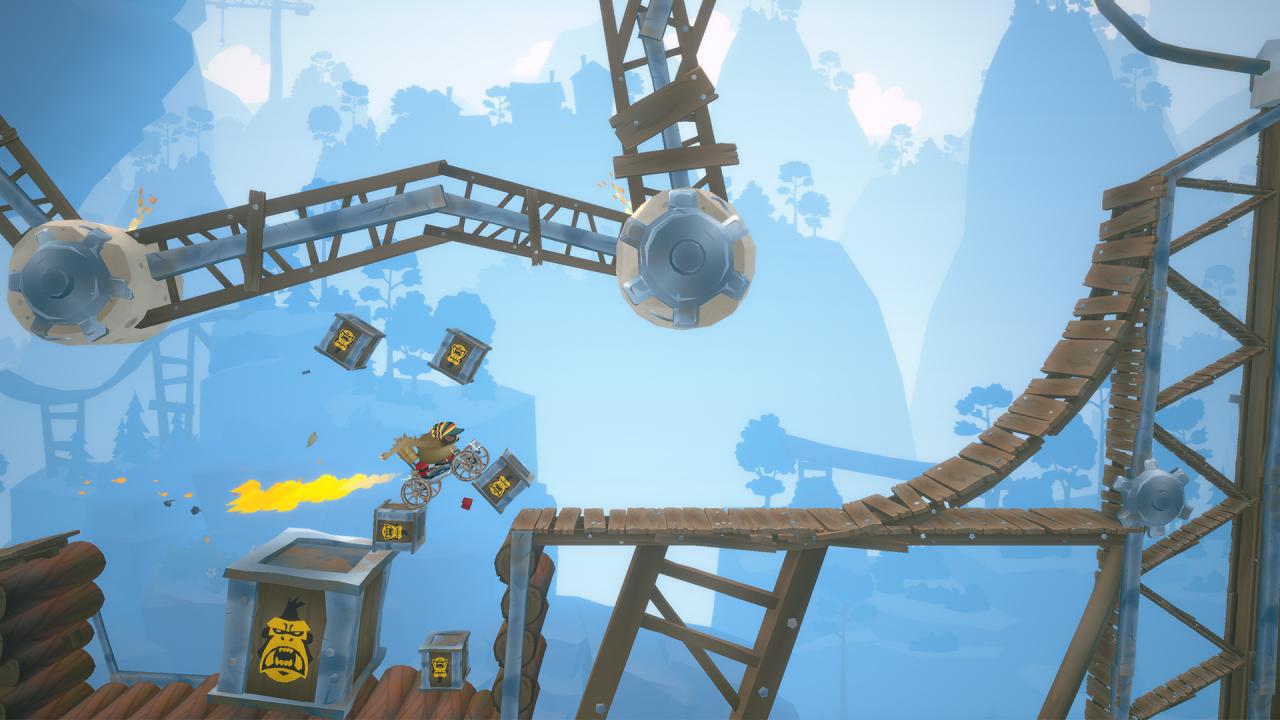 The story is very short, but its designed with the idea of getting the multiple characters and their hats for cosmetic purposes.  Where Animal Super Squad shines is its community created maps.  You can play others people’s maps all day.  Some are silly and some are designed very well and meant to be very difficult.  If you have a level design in mind then just head on over to the map creator and make something you think would be fun and publish it!  Other people could be playing your map!

This is a good title to have in your library because it’s easy to pick up and play for 5 minutes and put it down. Alternatively if you want to waste and hour or so its easily done on Animal Super Squad.  Its always fun to come back to and see what other people have created.