Ever thought of yourself as the next Jimi Hendrix or Slash? Always wanted a guitar that shot bullets at floating skulls? Ever wanted to ride dinosaurs, sharks with lasers, tigers and jet-powered crocodiles? Then, your dreams have come true in Air Guitar Warrior! Here you can be the Rock God/Demon Killer you have always wanted to be! 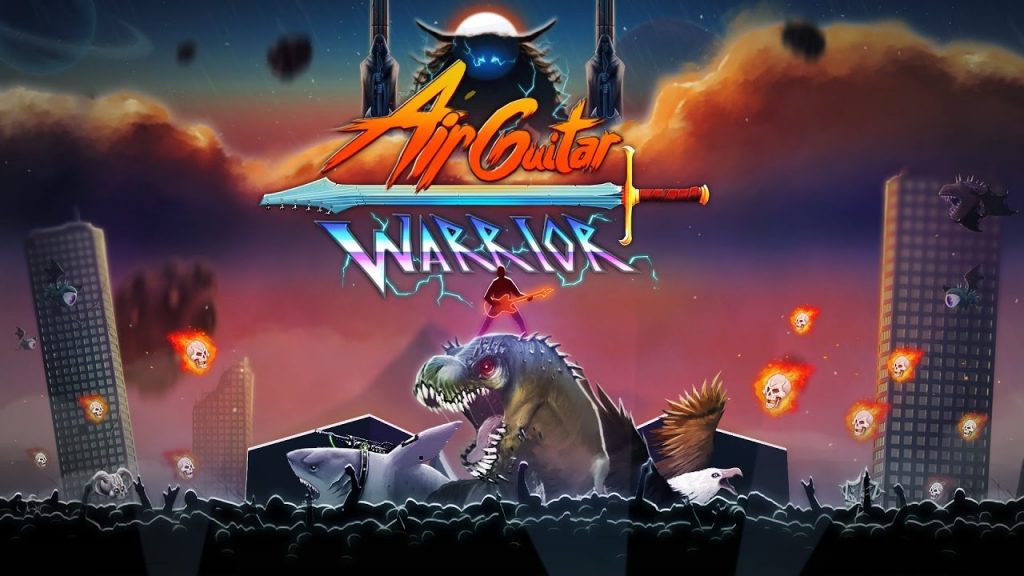 Air Guitar Warrior for Kinect from the Virtual Air Guitar Company, the folks responsible for bringing the classic Boom Ball series and many other Kinect related titles to the console, and are quite clearly a super fun company! I can only imagine the amount of enjoyment they had making this game and having to call their partners of an evening saying “Oh no, I’m going to have to work late tonight honey. I’m so sorry!” just to spend that few hours more into squeezing every last bit of entertainment into this amusing game.

As the name of the game suggests, you play the game by holding a virtual guitar and by performing various actions you unleash different types of shot which you use to take down the incoming waves of enemies and if you think that’s bizarre, you ain’t seen nothing yet! Try riding a giant eagle or mounting a mecha Godzilla while doing that.  As bizarre as this all sounds it actually works extremely well. How many games can you think of that have you riding an asteroid one minute, a shark the next, a unicorn and then flying through Egypt while shooting UFO’s and skulls? None I can think of anyway. But that’s part of the fun here because nothing is meant to be taken seriously. 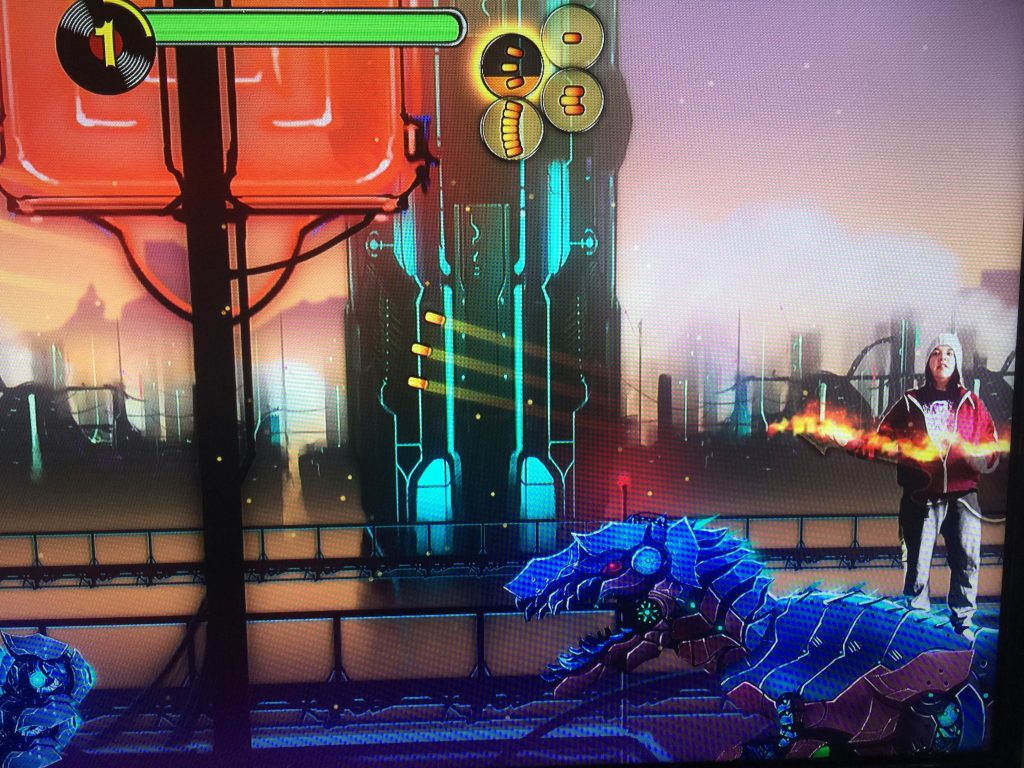 The gameplay and controls were extremely simple but, be warned, If you have a dodgy knee you may want to sit this one out as in one point of the game you do have to bend quite a bit while rocking your guitar (Who the hell needs that thing called a Gym?? ) The visuals pop with a bright array of bizarre backdrops, crazy riding creatures and some mystical floating enemies. It’s basically the ultimate tale of rock with an insane amount of creativity bringing anything you could imagine into the fold. With your guitar, you position your hands as if you’re using a real air guitar with slight adjustments on how you hold the instrument to change the fire spread. The fire spreads offer different advantages depending on the situation and instrument. This is essential when battling enemies and using the large selection of mystical guitars that are available. 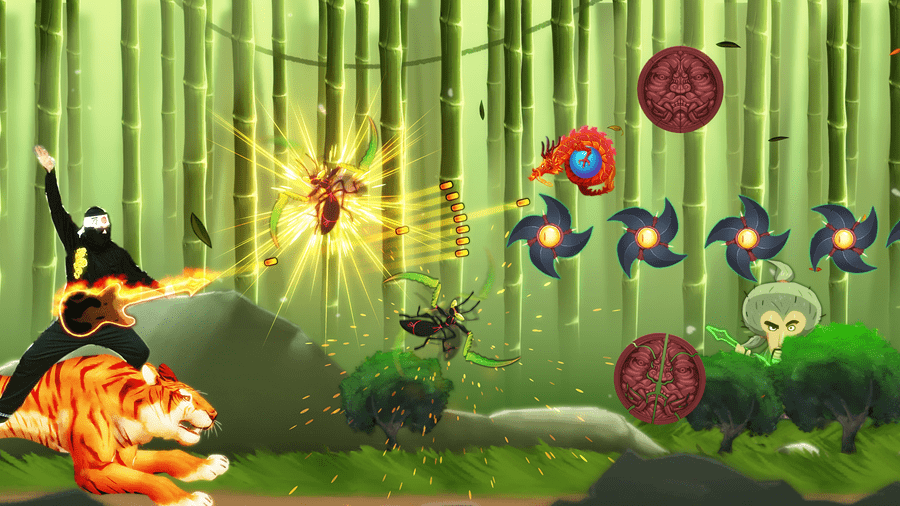 Let’s take a look at the features –

Air warrior guitar is a lot of fun and personally I think it should be enjoyed with friends ( or if you like to rock out on your own in your underpants, who am I to judge?). It’s something that doesn’t take itself seriously and screams “Screw it all, just have fun!”, lets face it, we definitely need games like that in this day and age. When it comes to having some entertainment with the Kinect, you can’t do much better than Air Guitar Warrior. The ridiculous premise combines with satisfying gameplay to craft one unique gem of a game so whip out your axe and get ready to rock!