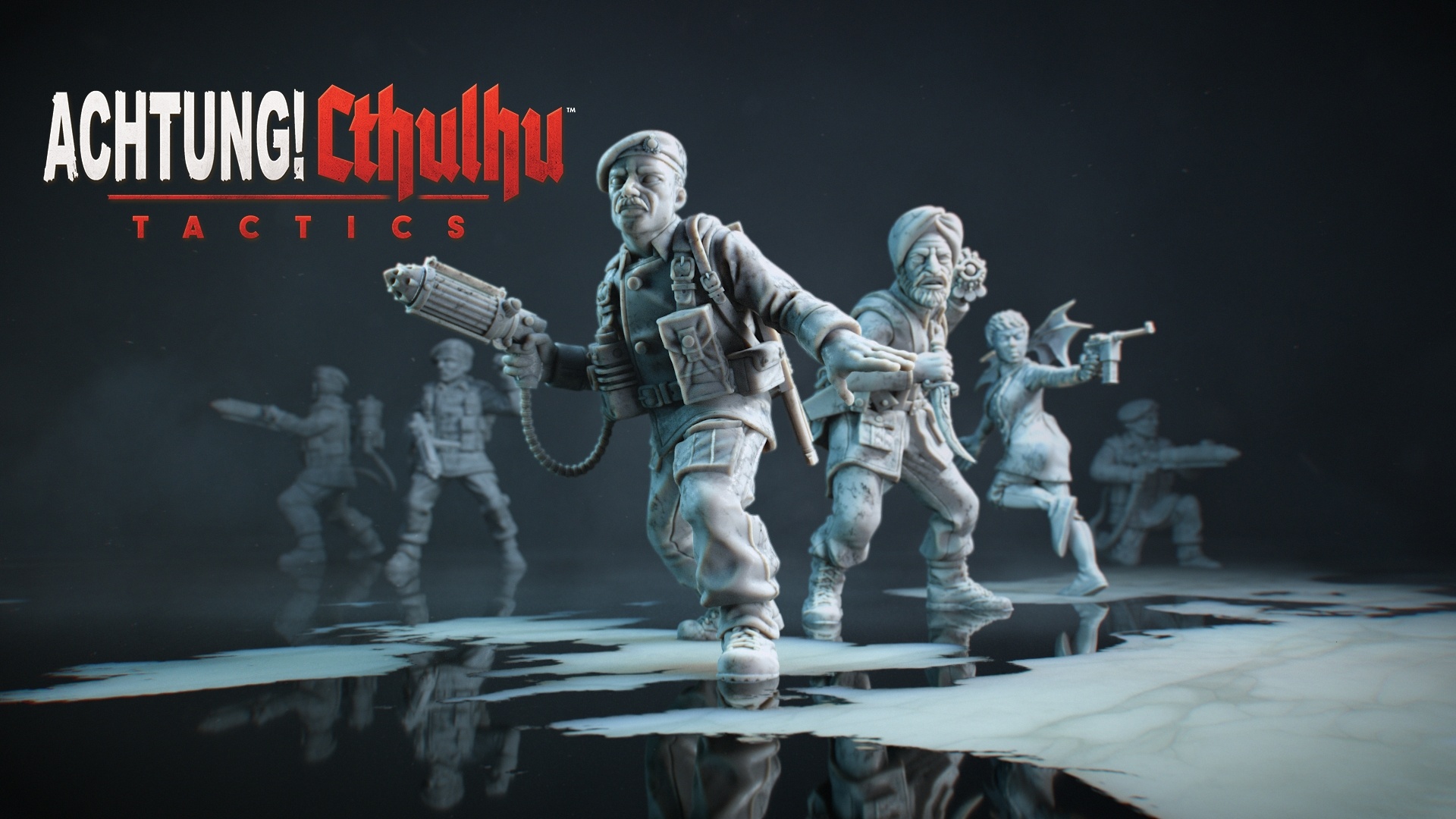 When given the opportunity to review Achtung! Cthulhu Tactics I wasn’t sure what to think of the alternate reality World War II set Xcom clone. Developed by Auroch Digital and published by Ripstone Ltd. Achtung! Cthulhu Tactics is a tactical squad command game based on the RPG spinoff to Call of Cthulhu; Achtung! Cthulhu by British board game company Modiphius Entertainment. Kickstarted in February 2018, the game smashed it’s goal and achieved most of its stretch goals.

Achtung! Cthulhu Tactics is available on PC via Steam, PlayStation 4, Xbox One and Nintendo Switch. I got to play it on the Nintendo Switch for this review, so let’s jump in! 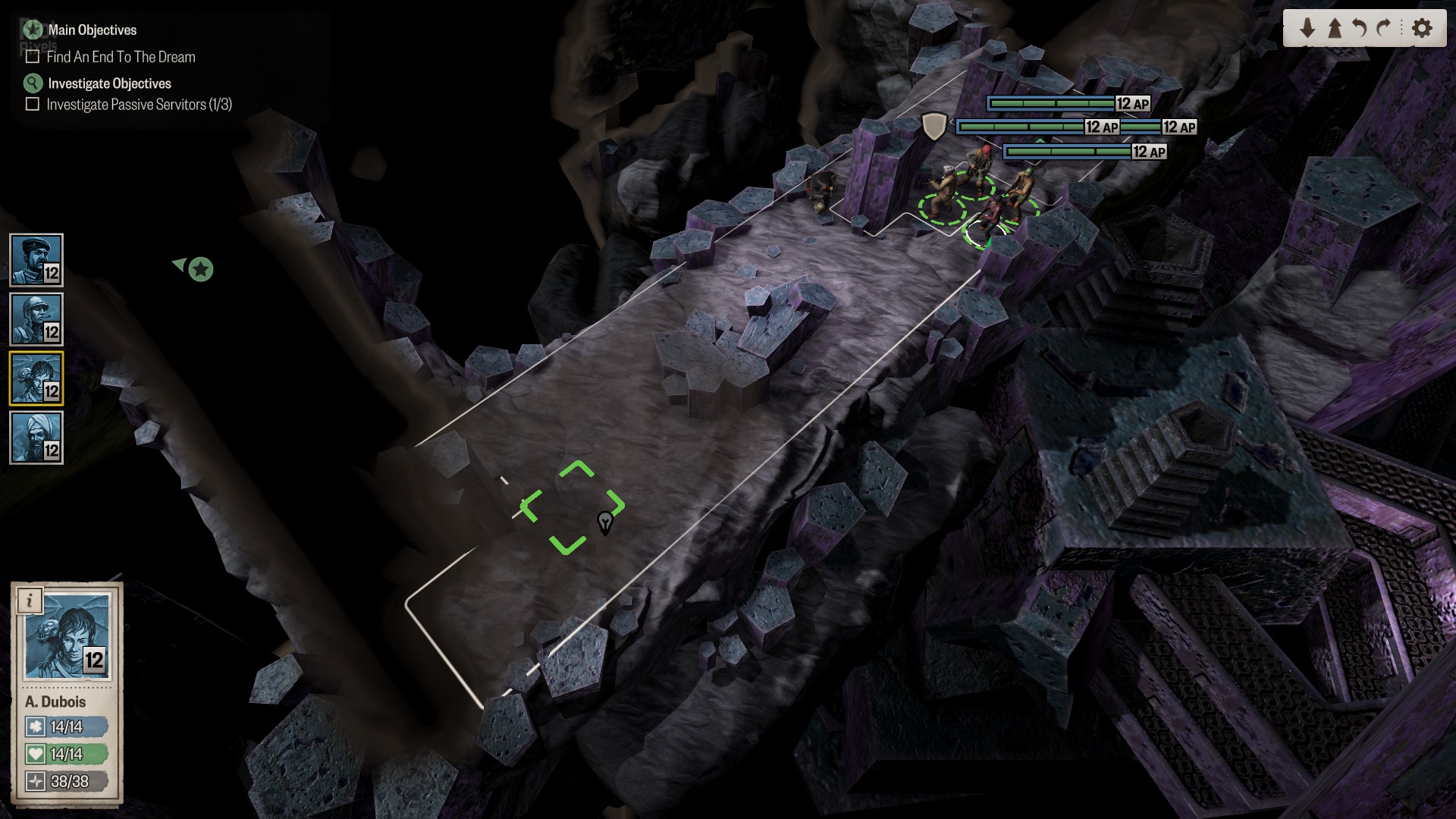 Achtung! Cthulhu Tactics is an isometric squad-based strategy game in the same vein as Xcom. Set during the second world war, Nazis are bolstering their ranks with horrific Lovecraftian creatures and occult magic. It’s up to you to take command of a small band of soldiers trapped behind enemy lines to fight and stop the Nazis evil plan. Throughout the game, you can level your characters up and assign them skills and new equipment to facilitate completing your mission.

One thing this game does particularly well is to capture the spirit of an 80% chance to hit missing 90% of the time, and layer on the stress by putting your small band of heroes up against nearly impossible odds. The first few missions seemed almost too easy, but the difficulty quickly ramps up as you progress.  By the 5th or 6th main mission, I felt like I was being steamrolled by large numbers, and poor hit rolls. Thankfully this just made me rethink my approach and use more tactical movements for my squad.

Movements and actions use AP or Action Points which is fairly typical of this type of game. However, this game has added another system called Momentum. You start each turn with a few points of momentum, and gain more by getting kills or critical hits. Momentum can be used for character’s special abilities or to extend the range they can move by a few spaces.

It focuses on your squad of four characters who were brought over from the tabletop RPG, rather than custom created heroes and there are no other characters added to play as. Each character has their strengths and weaknesses, but for the most part, they compliment each other well. 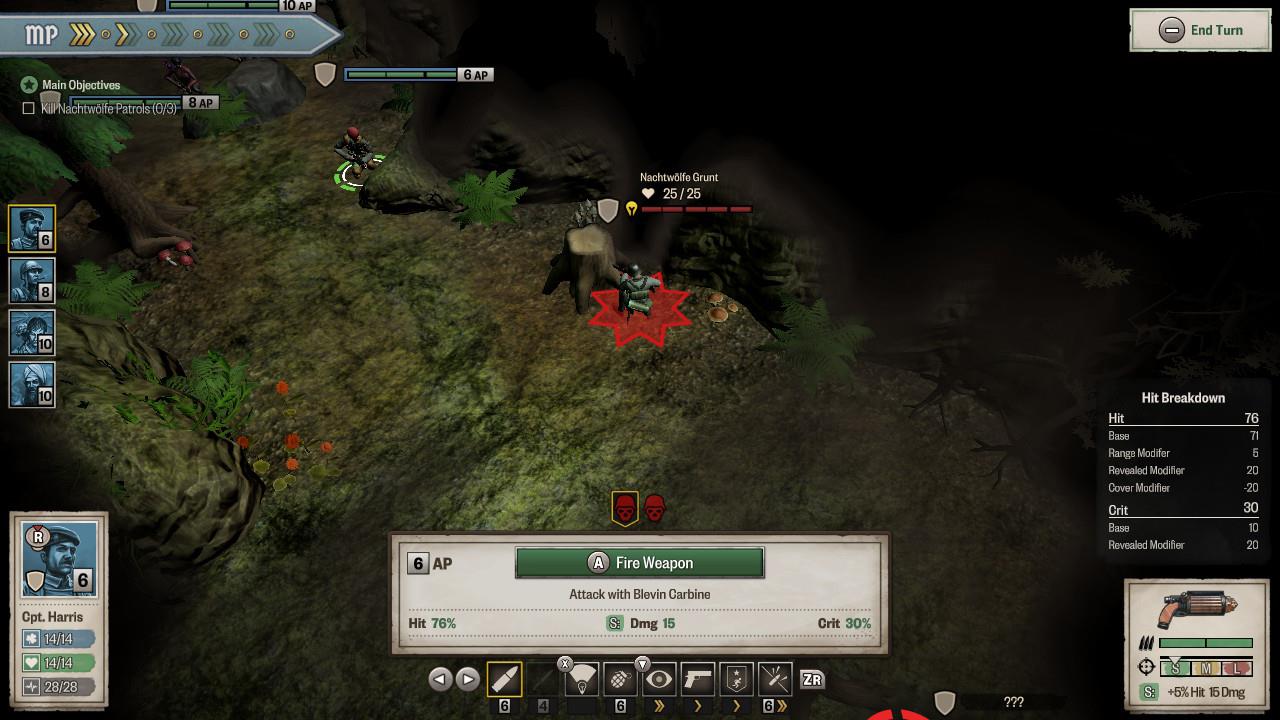 Playing Achtung! Cthulhu Tactics on the Nintendo Switch, I was pleasantly surprised to see how nice it looked, although a bit simple. There isn’t a huge amount of detail in the environments, and I saw a lot of reused resources.

The character models are a bit muddy looking too, but you can’t really zoom in on them and it was only really noticeable in docked mode on a large TV. Playing it in handheld mode made it look a lot better, and that’s mostly how I played it. There’s nothing overly fantastic looking about the visuals, but they’re not particularly bad either. There were a few instances where I experienced framerate issues, but usually scattered and infrequent so overall it wasn’t a bad experience. 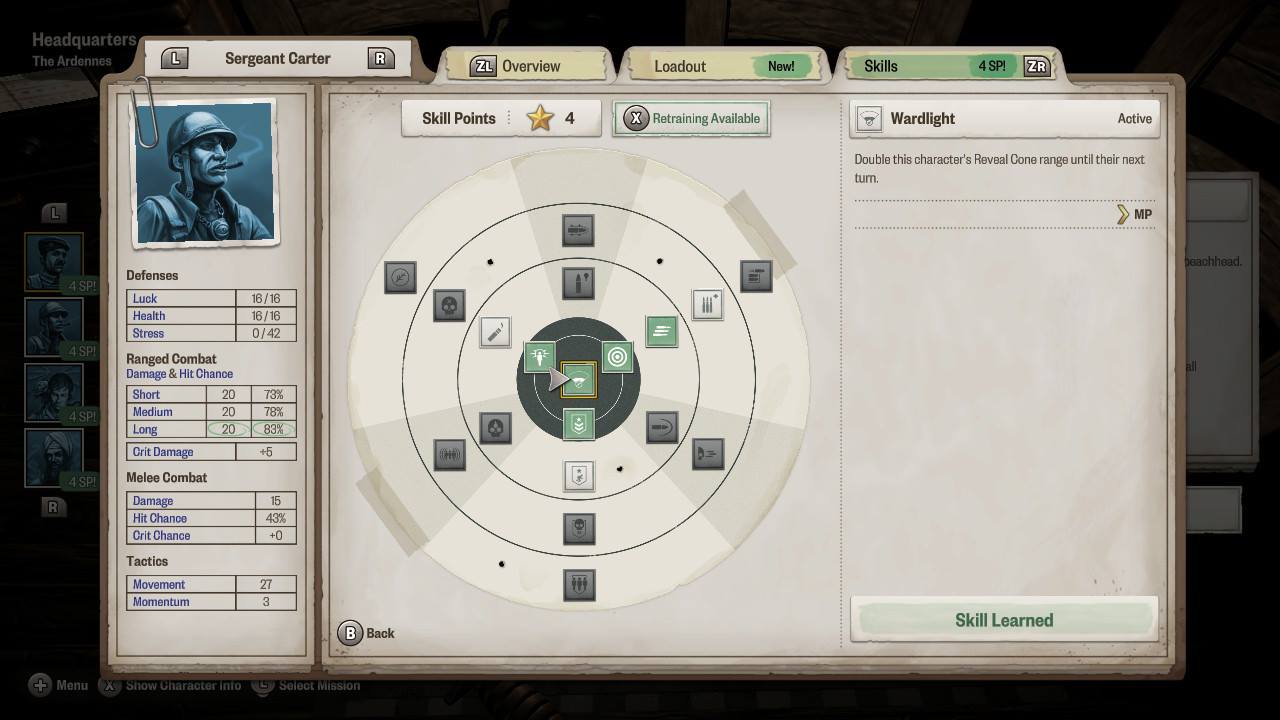 I may be a bit nitpicky here, but the combat music got really irritating after a while, just because of how much I had to hear it repeating during combat phases. The music was fairly well made, albeit a bit sparse during some parts of the game. The ambient sounds of nightmare creatures are about as gross sounding as they should be, so no complaints there. I just wish there was a little bit of variety in the music that played during combat, as it gets very repetitive over many turns per encounter. 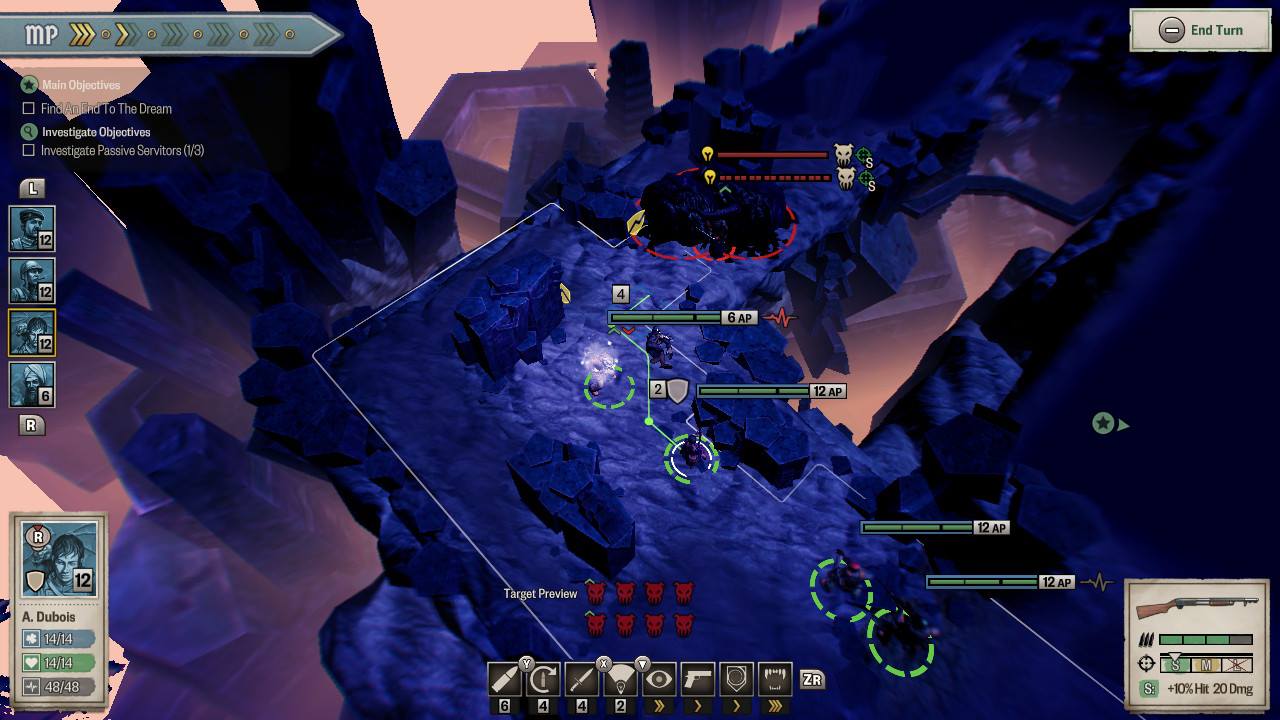 Given the relatively small number of missions in the game, it won’t offer much in the way of replays. The lack of game modes creates a bit of a problem for some, as there isn’t a lot to do once you’ve gotten through the campaign which only lasts about 25 hours or so. 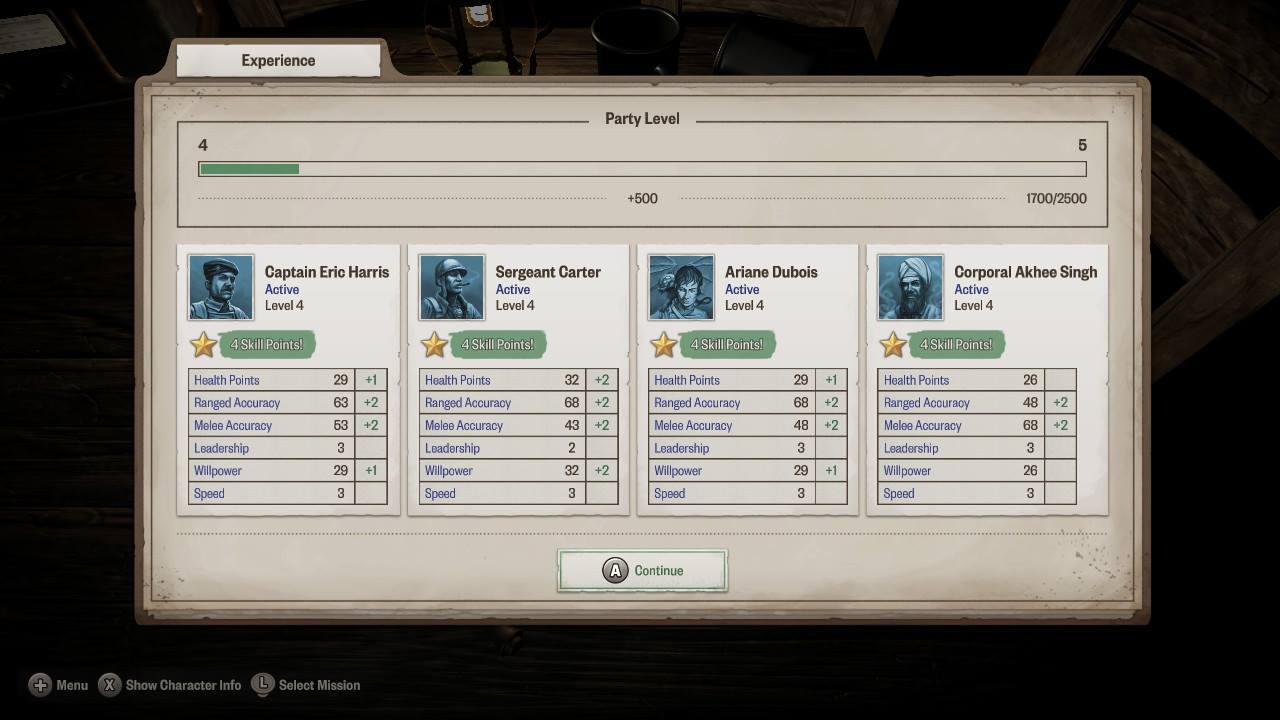 All in all, Achtung! Cthulhu Tactics is a fairly accessible tactical strategy game. It lacks some of the extra bits that an Xcom game brings to the table. Some might welcome this difference. It’s a fairly easy jumping in point for people who have been too worried about the difficulty of other games in the genre, but have wanted to give it a try.  While it isn’t the prettiest girl at the party, it does what it sets out to. It gives you a short contained adventure through alternate horror reality World War II. Myself personally, I didn’t get a lot of enjoyment out of playing it, so i’m gonna give it the Thumb Culture Silver Award. 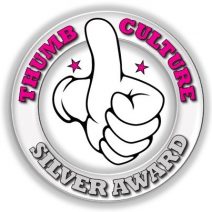