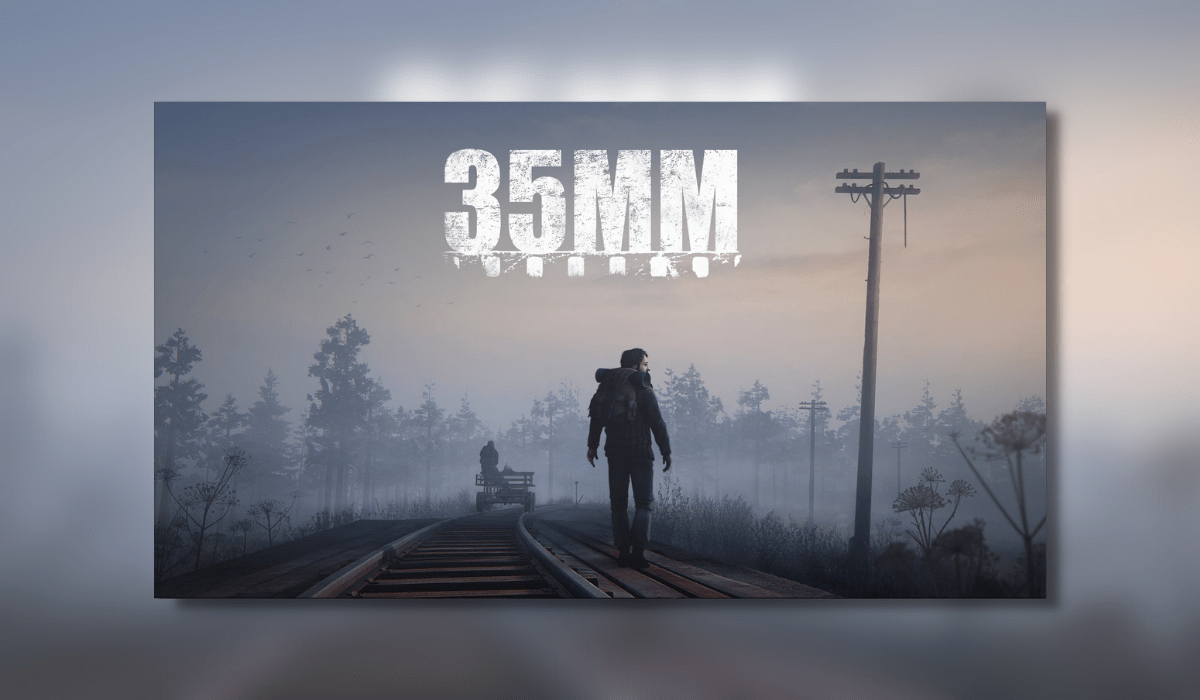 35MM is a single-player horror game taking place in a present-day version of Russia after a virus has killed the majority of the population. The title 35MM refers to the camera that Petrovich, our protagonist carries throughout the game. It is developed and published by Russian indie video game company Сергей Носков who also made The Light. Originally released on Steam in 2016, its narrative on life after a pandemic is especially apt today.

I based my review on the PS4 version where 35MM is available now as well as Xbox One & Nintendo Switch.

Seeing the world through this 35MM lens is a bleak picture

I was very interested in 35MM as a game made and set in Russia to see the approach taken to the popular genre. I and the TC team are curious to hear what you think of the game so feel free to leave a comment below.

Beginning in the Russian countryside, 35MM tells the story of the player character Petrovich and his unnamed travelling companion. As they travel we learn some details about them and their goals as well as what happened in Russia. Through flashbacks and newspapers, posters etc we learn an Ebola-like virus killed the majority of the population. Only a lucky few survived due to having developed an immunity. Each with their own goals, together they travel to the city and hopefully find safety. I found the plot of 35MM interesting but underdeveloped, especially for the main characters. And what we did learn felt very cliche and by the numbers from previous stories in the same genre. In terms of what type of horror the game felt all over the place with whether the main threat came from the natural world & other people or something more.

The focus was on the narrative over combat which I enjoyed, I just wish there had been more to learn. Travelling cross country the main gameplay mechanic comes from finding items and solving puzzles which did get a bit tedious. Now and then you would fight wild animals and other people which was fun narratively but clunky controls made it more irritating than anything. That being said I do feel the game did a good job making it feel atmospheric and unsettling at times. I did also really enjoy the environment of some areas, while objects were lacking things like weather and the sky looked great. My main issue with 35MM is that movement and generally controlling the character felt clunky & awkward and for a game so reliant on finding items and solving puzzles this became very frustrating very quickly.

35MM has graphics and effects are already chosen and no option to change resolution or similar settings. I would have liked to have seen the choice here as it could have improved some textures like doors which looked quite bad. The visual style of the environments was well done with fog to rays of the sun. The main duo in cut scenes was designed with stylised graphics which reminded me of Telltale’s The Walking Dead Video game which worked well enough here.

Option of different languages and subtitles, I found the audio to be one of 35MM’s few strong suits. I stuck with the default audio in Russian and English subtitles. The soundtrack and score are chilling and melancholy which add to the atmosphere. Voice acting doesn’t give enough to connect with the characters. Environmental sounds e.g. animals to even water and walking very realistic but often slightly out of sync with the visuals which took me out of it somewhat.

35MM is a relatively short game I got through in 3-4 hours and I feel you experience most of it on your first playthrough. I do know there were a few things I missed and apparently decisions throughout affect the ending. And for the completionists out there, on PS4 there are 21 trophies so maybe a reason to revisit the game. Perhaps going back there is more to uncover about how the country devolved and different people’s stories.

35MM is far from a perfect game with a mildly interesting story but not really explored despite its potential. Even the main two characters didn’t have a chance to shine and likewise, the few NPCs you meet were forgettable. While the environments looked and sounded great the visual details were badly textured and often the audio was out of sync with movement in the game. The beautiful scenery couldn’t save the game from clunky controls making the game frustrating most of the time. I feel you would be finished with the game in a 3-4 hour playthrough but maybe collect any last trophies missed.

I decided to give 35MM the Thumb Culture Bronze Award. If you enjoyed the review then leave a comment and perhaps check out my review of The Life & Suffering of Sir Brante here.